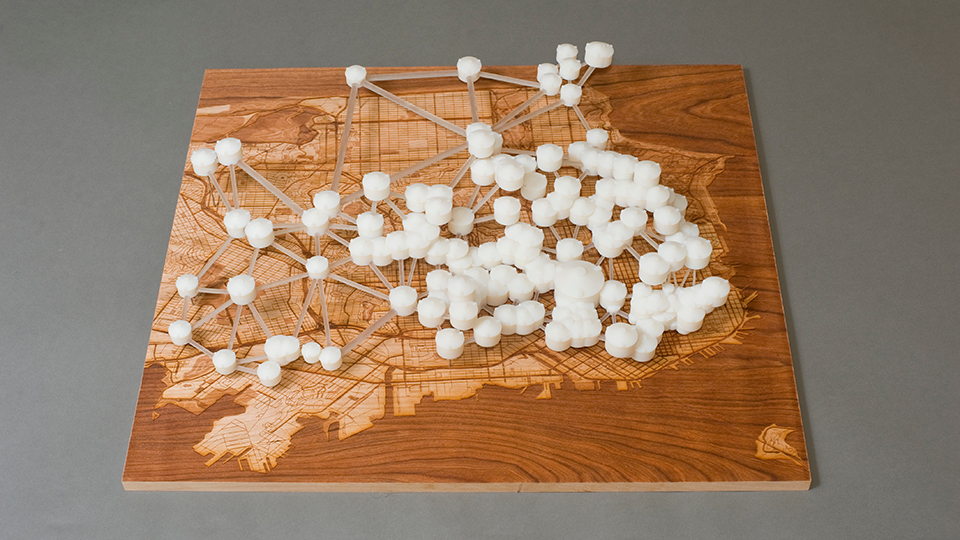 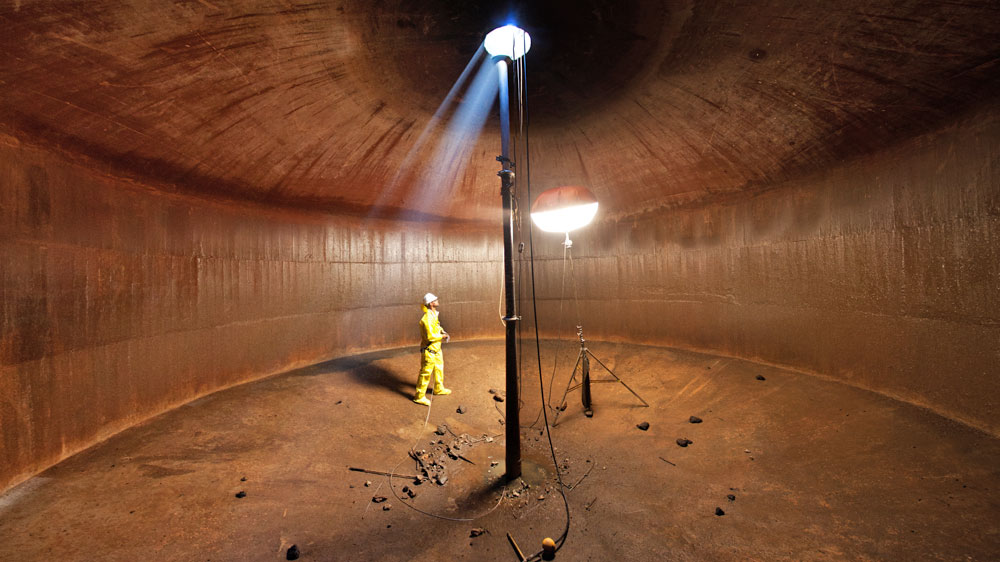 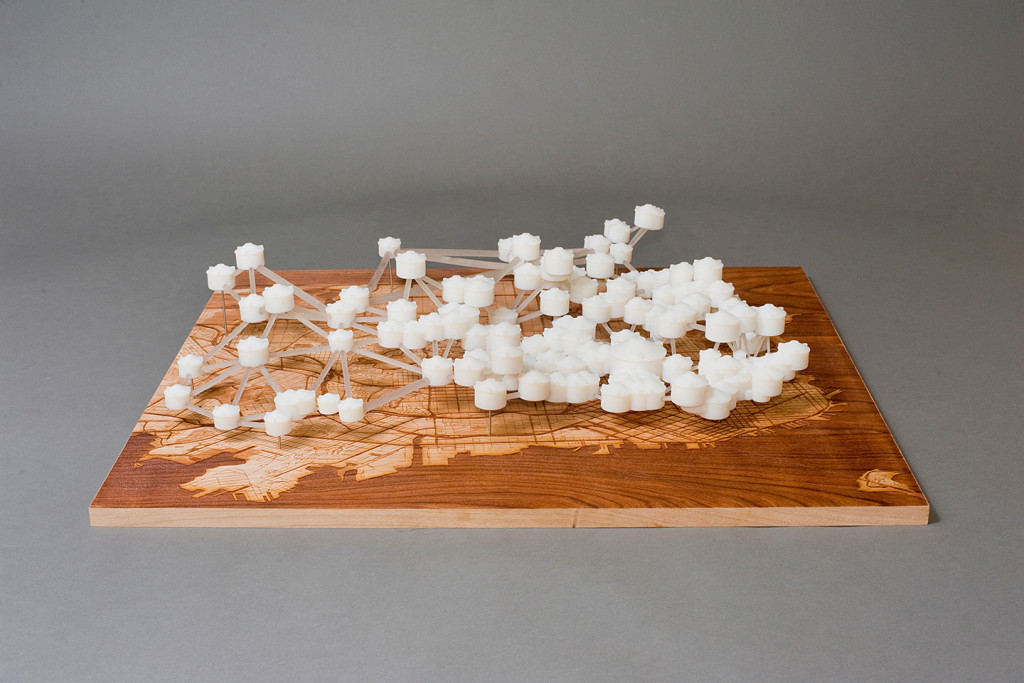 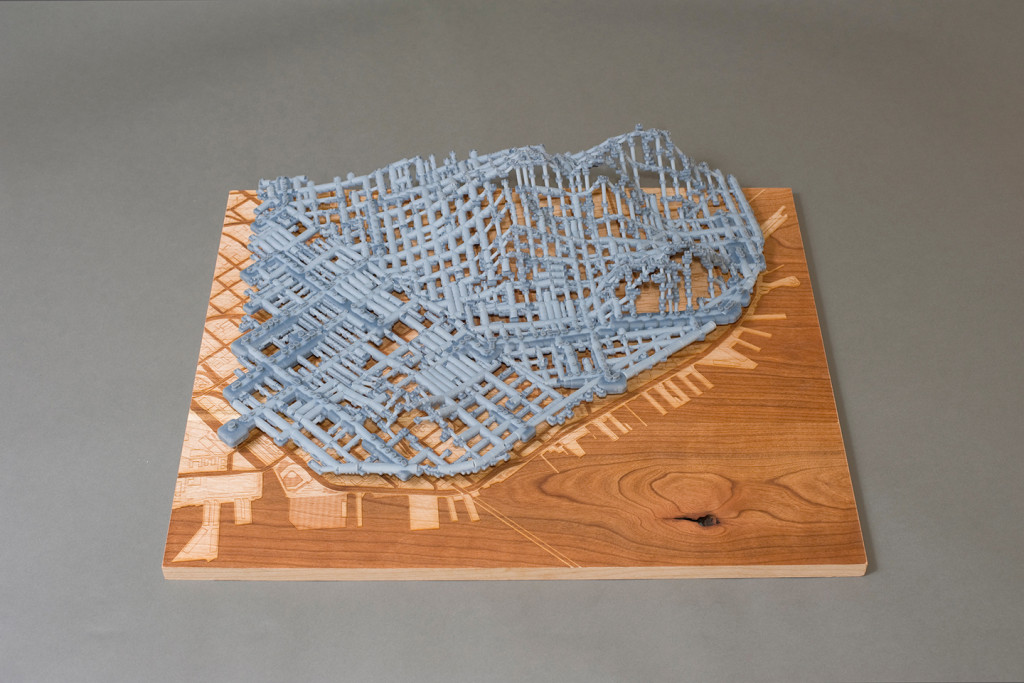 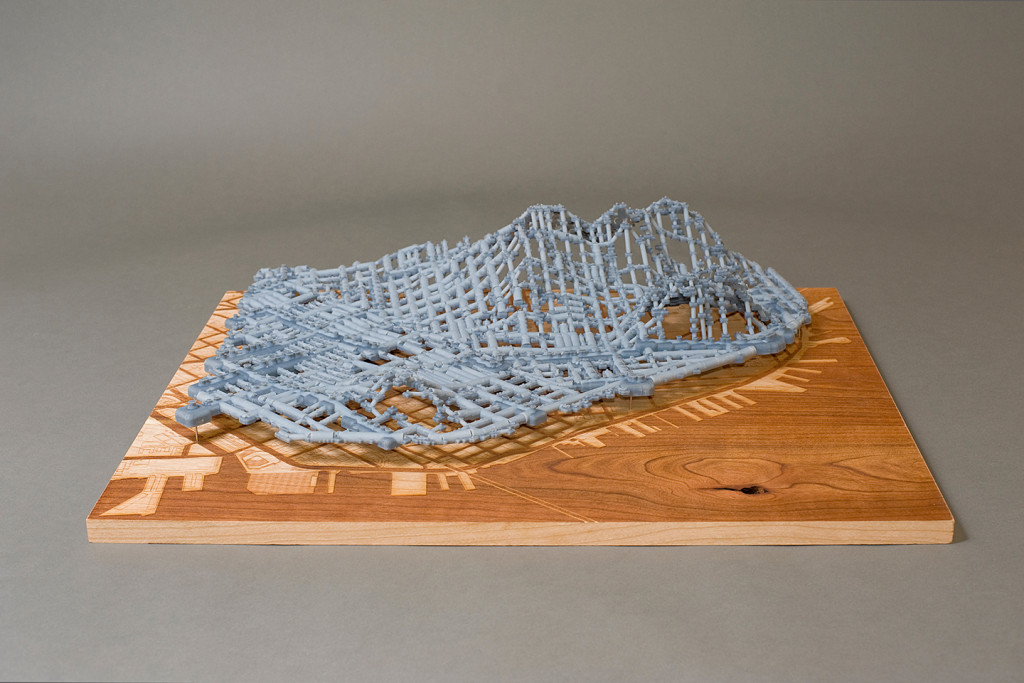 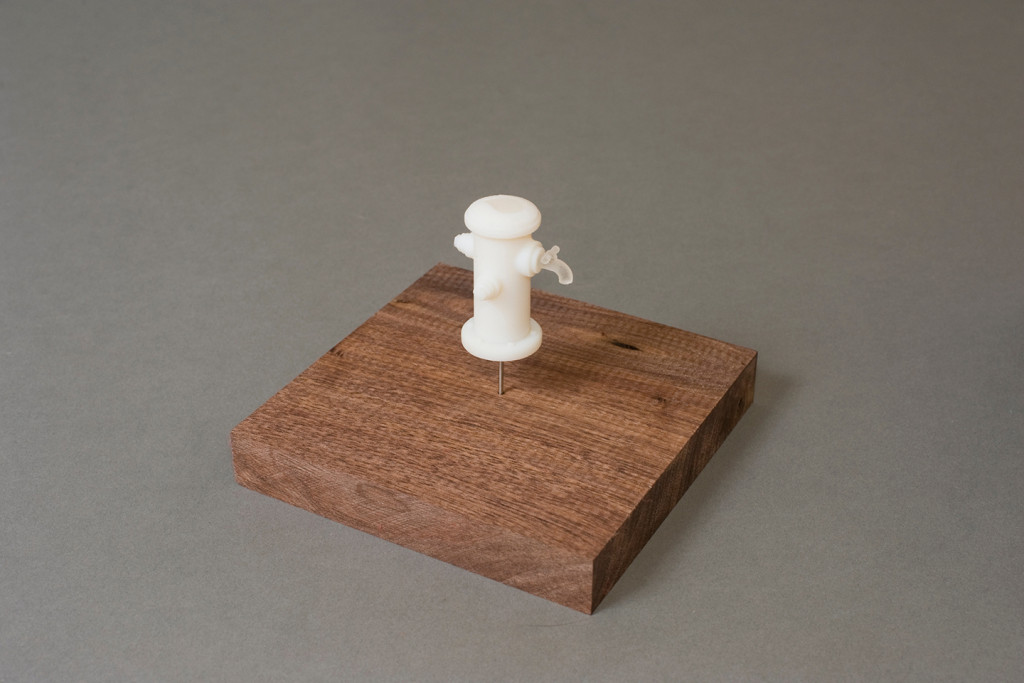 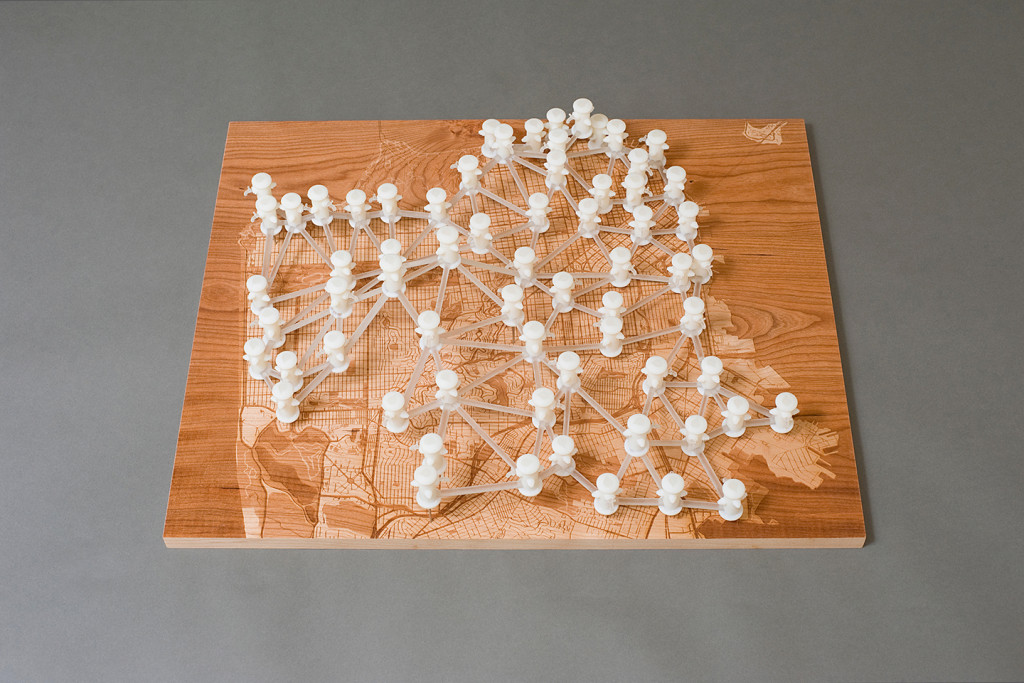 Water Works is a 3D data visualization and mapping of the water infrastructure of San Francisco. The project is a relational investigation: I have been playing the role of a “Water Detective, Data Miner” and sifting through the web for water data. My results of from this 3-month investigation are three large-scale 3D-printed sculptures, each paired with an interactive web map. The projects are: “San Francisco Cisterns”, “Imaginary Drinking Hydrants” and “Sewer Works”.

“Sewer Works” works with 30,000 data points of the San Francisco sewers and the final web-map is called “Life of Poo”, an interactive journey through the sewers.

“Imaginary Drinking Hydrants” depicts potable water faucets attached to specific fire hydrants for general public use. In 2006, the SFPUC created a series of “blue drop” hydrants, which would provide water in case of emergency (but without a drinking faucet). These hydrants would be opened up by city officials if there were a city-wide disaster. Just a few years after introducing 67 emergency drinking hydrants, the city unceremoniously discontinued the program.

This is part of a Creative Code Fellowship sponsored by Gray Area, Stamen Design and Autodesk.