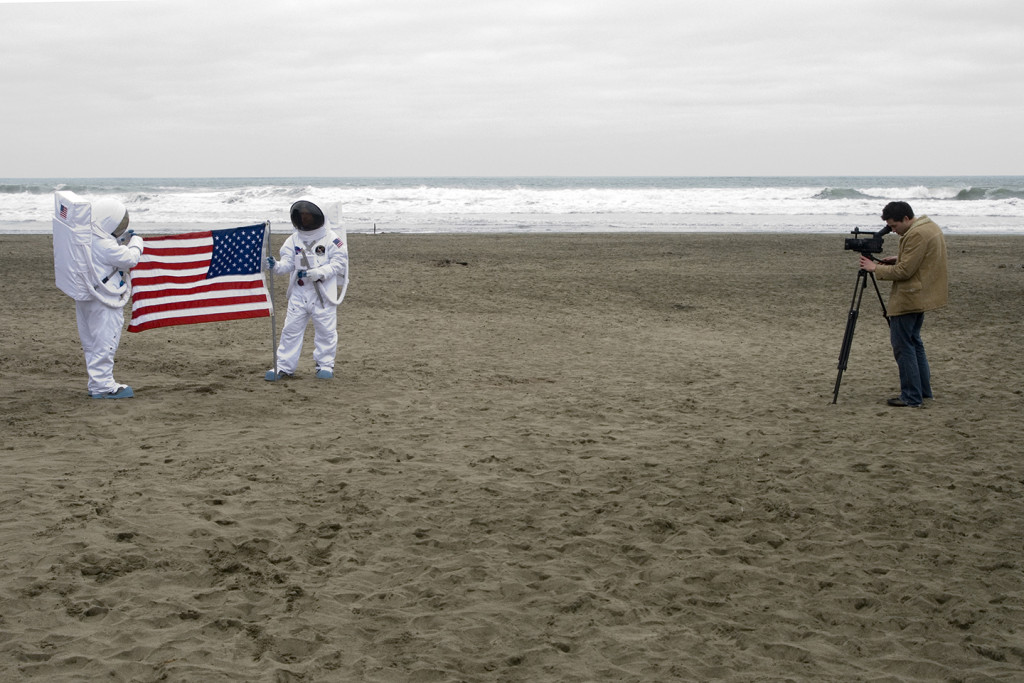 In the summer of 2006, NASA announced that the original Apollo 11 moon landing tapes were missing. The video that everyone saw on television was transmitted through space and then shot off a video monitor in Houston ground control. The original was much better in quality with higher contrast and crisp in detail. No one has seen this footage.

In 2007 at Ocean Beach, in San Francisco, I completely recreated a 1-minute segment of the original — where Neil Armstrong and Buzz Aldrin plant the American flag with the lunar lander in the background.