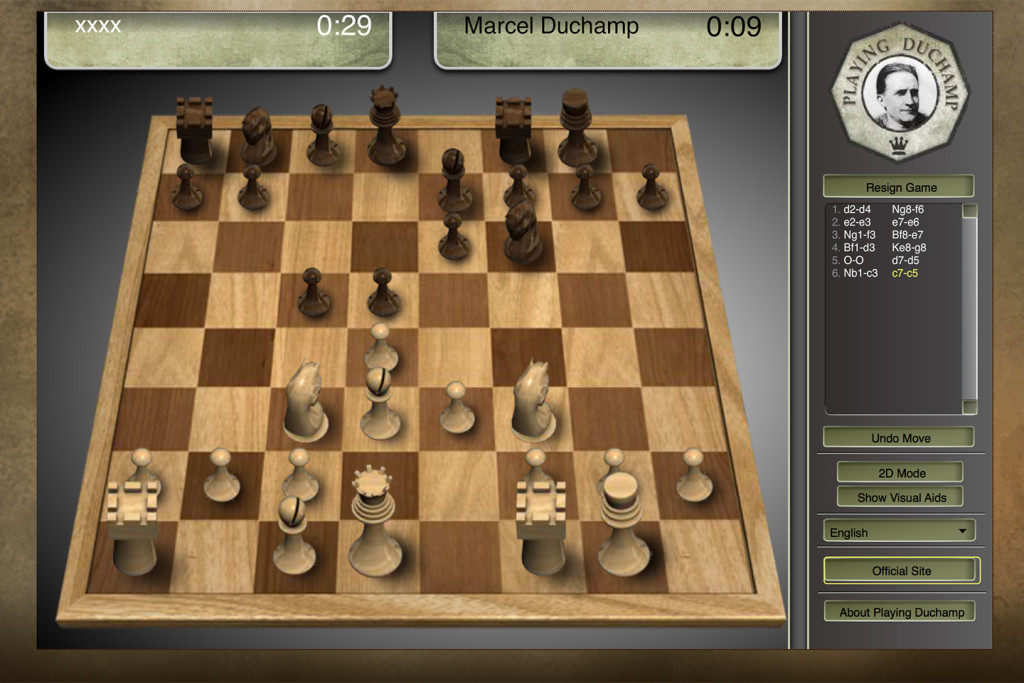 Marcel Duchamp is widely recognized for his contribution to conceptual art, but his lifelong obsession was the game of chess, in which he achieved the rank of Master. Working with the records of his chess matches, I have created a computer program to play chess as if it were Marcel Duchamp. I invite all artists, skilled and unskilled at this classic game, to play against a Duchampian ghost.

You can play the game,  via the Turbulence Archives here.

Made Real, Futherfield, London, May 2011
The Seduction of Duchamp, Art Museum of Los Gatos, 2010

Playing Duchamp” is a 2010 commission of New Radio and Performing Arts, Inc. for its Turbulence website.. It was made possible with funding from the National Endowment for the Arts. Additional funding was provided by Terminal at Austin Peay State University.