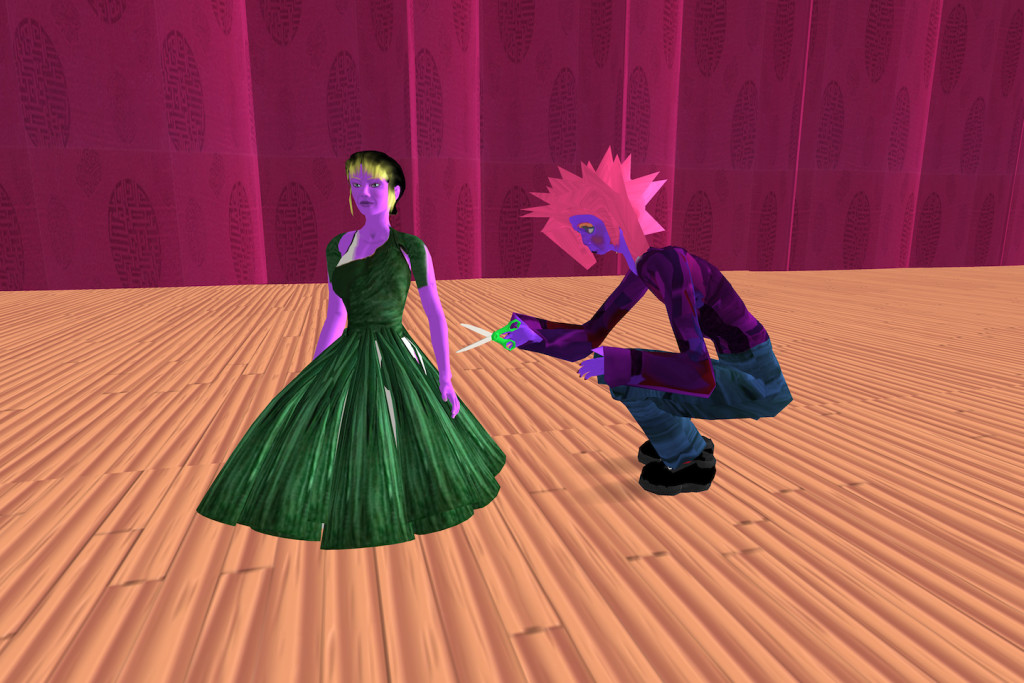 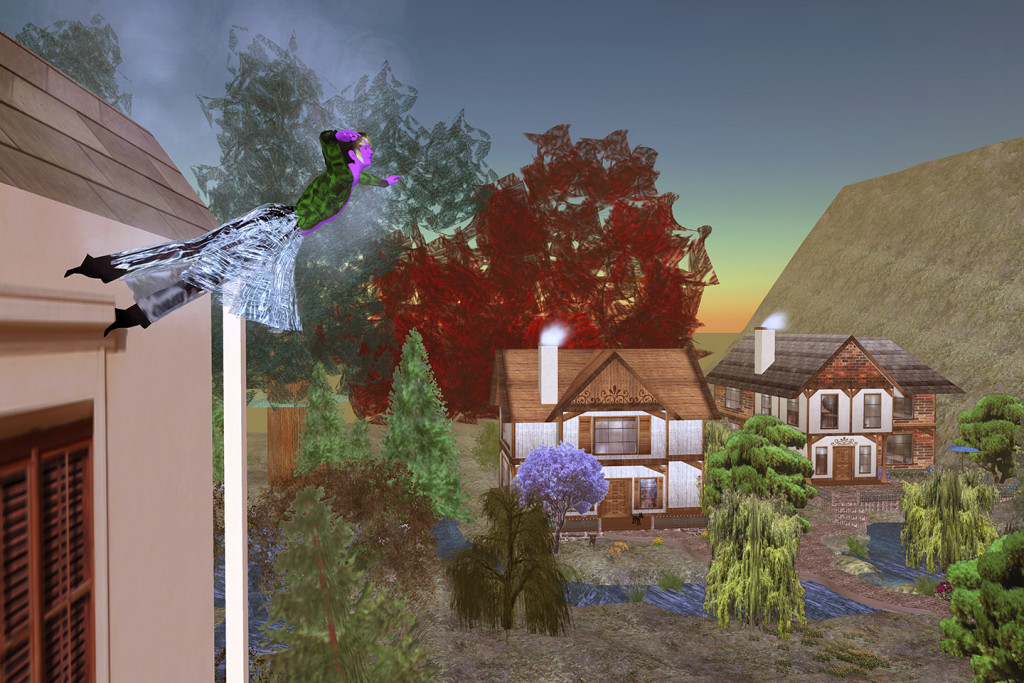 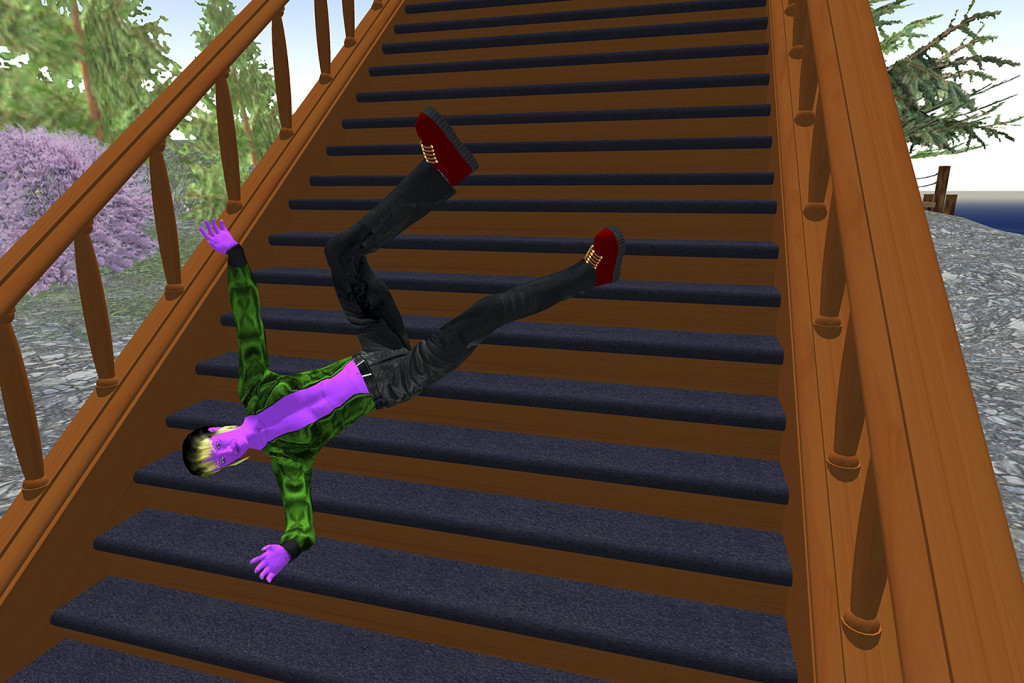 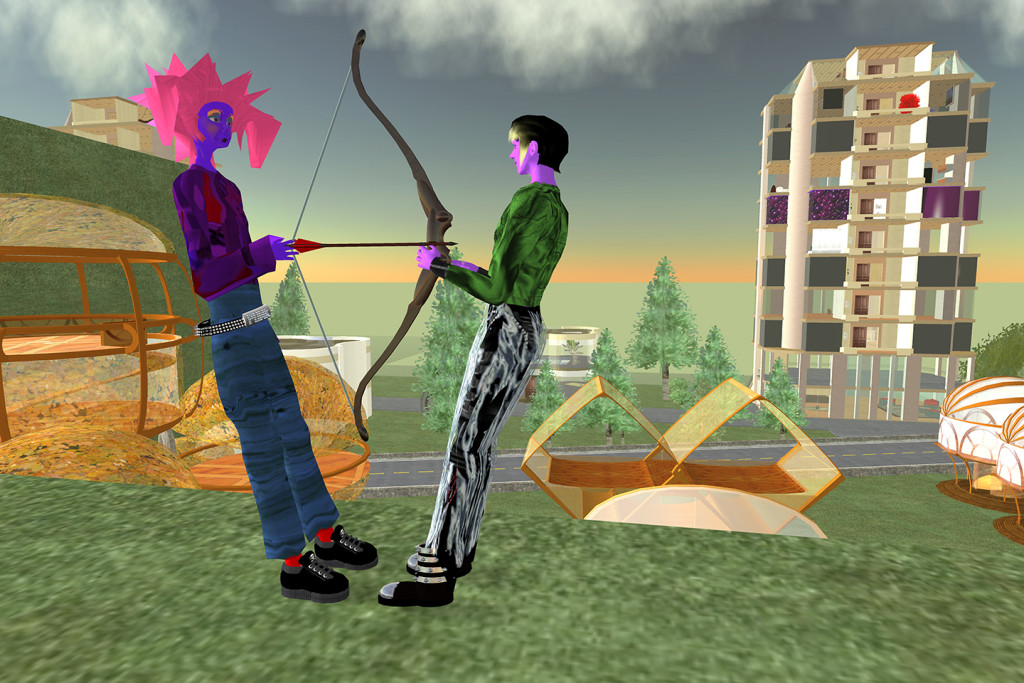 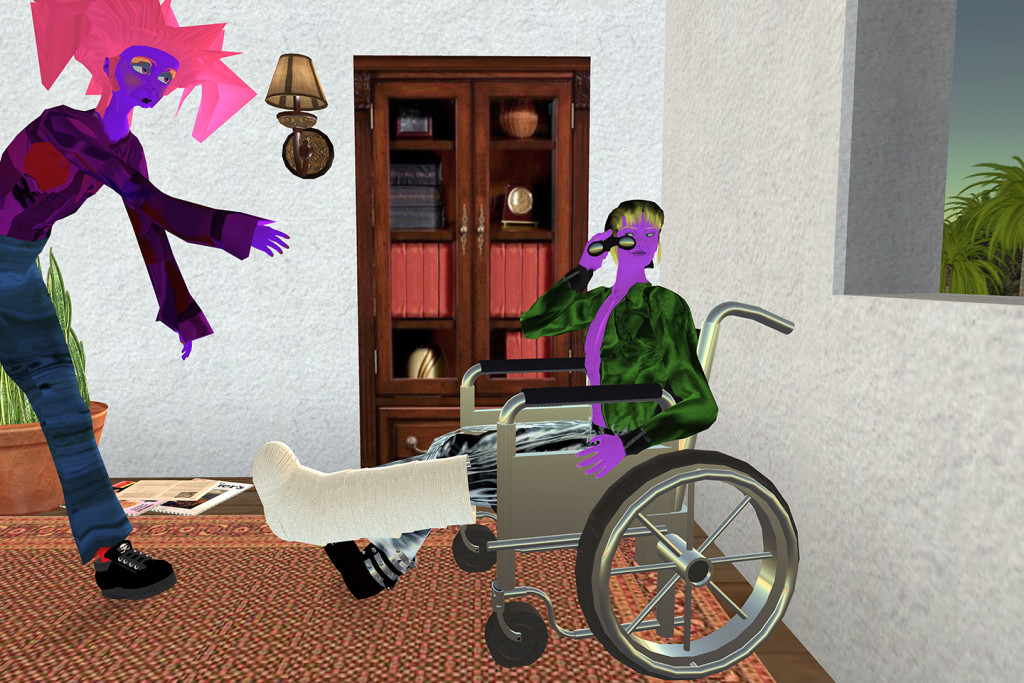 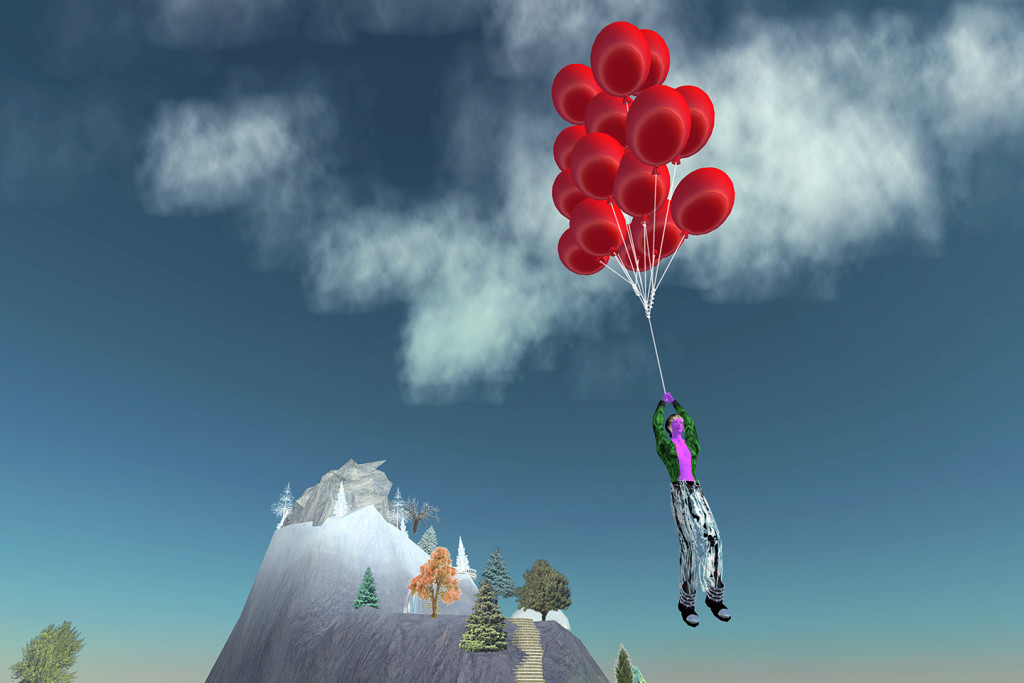 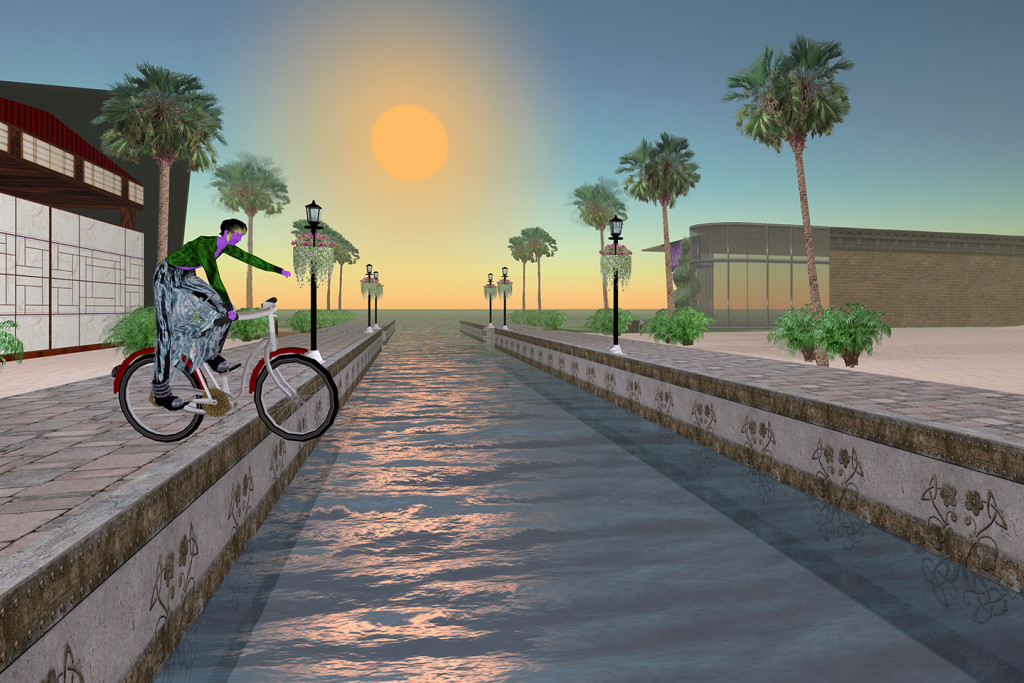 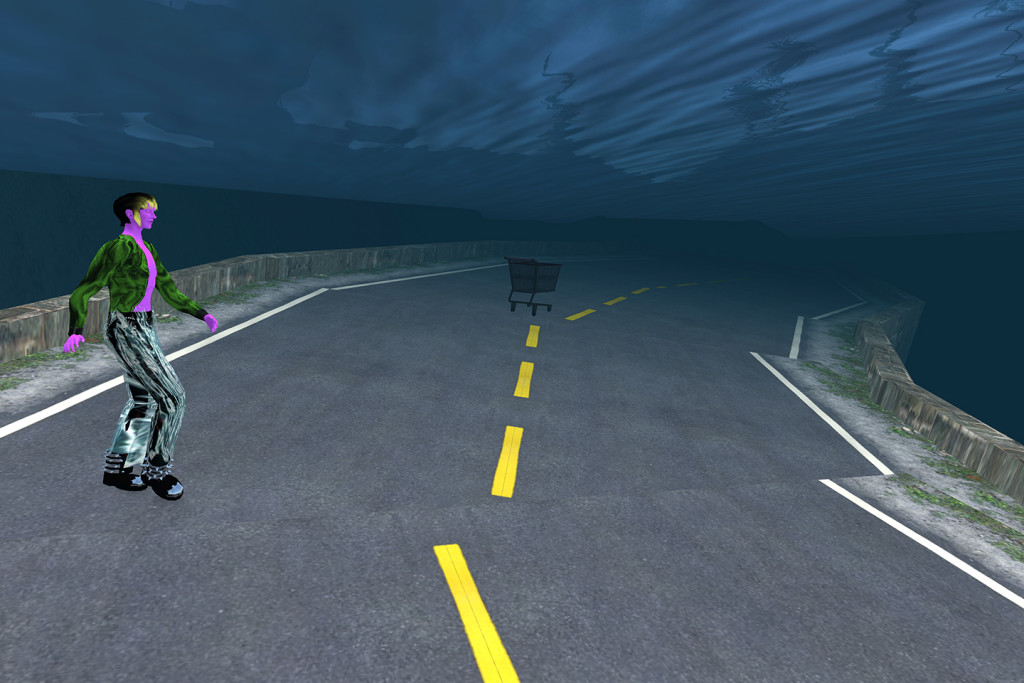 Paradise Ahead is a print and performance series that blurs the line between document and event in Second Life. Each scene captures the anticipation and familiarity of this simulated environment by restaging iconic art installations, films and photographs. Using only primitive graphics of Second Life, the documentation of these performances — large-scale prints serves as a historical record of the initial launch point into simulated worlds.

My avatar leaps off of a building in an arched pose exactly like that of Yves Klein in his photograph “Leap into the Void”. They both capture the desire to reach a state of nirvana. The original was a doctored photograph and the recreated performance likewise diverts impact through a virtualized body.

Later my avatar waits to get shot as I reinterpret the notorious Chris Burden Shoot performance from 1971. This opens up interpretations of how technology affects memory. The pose feels familiar. When we examine the reference, we ask how we can relive the extremes of the physical body. The original was performed during a turbulent era, where television displayed cruelties of the Vietnam war and other shocking events. In the Second Life performance, this effect reverses itself as we have been accustomed to violence.

In Claim, my avatar stakes out a psychological space in Second Life using the Vito Acconci performance as an index. As in the original mediated performance, the character wears a blindfold and holds a pipe. Discrepancies arise. In Second Life, you are never blind and can act as semi-omniscient with a universal gaze. In the remade performance, the pipe is simply a crudely rendered 3D object and is too long to be an effective weapon. The hands both caress and grip the rod at the same time, in a gesture that suggests an uncertainty about what will happen.

Each of these performance-prints enters into a zone of ambiguity. What are the expectations and promises of simulated worlds? By comparing them to well-known documents of art performances, I expect to look at past and present mediated environments. In the early 70s, video and other technology opened up new venues for many artists. Now our computing power is fusing 3D technology with social connection. As we jump into this space, the artistic potential is enormous.