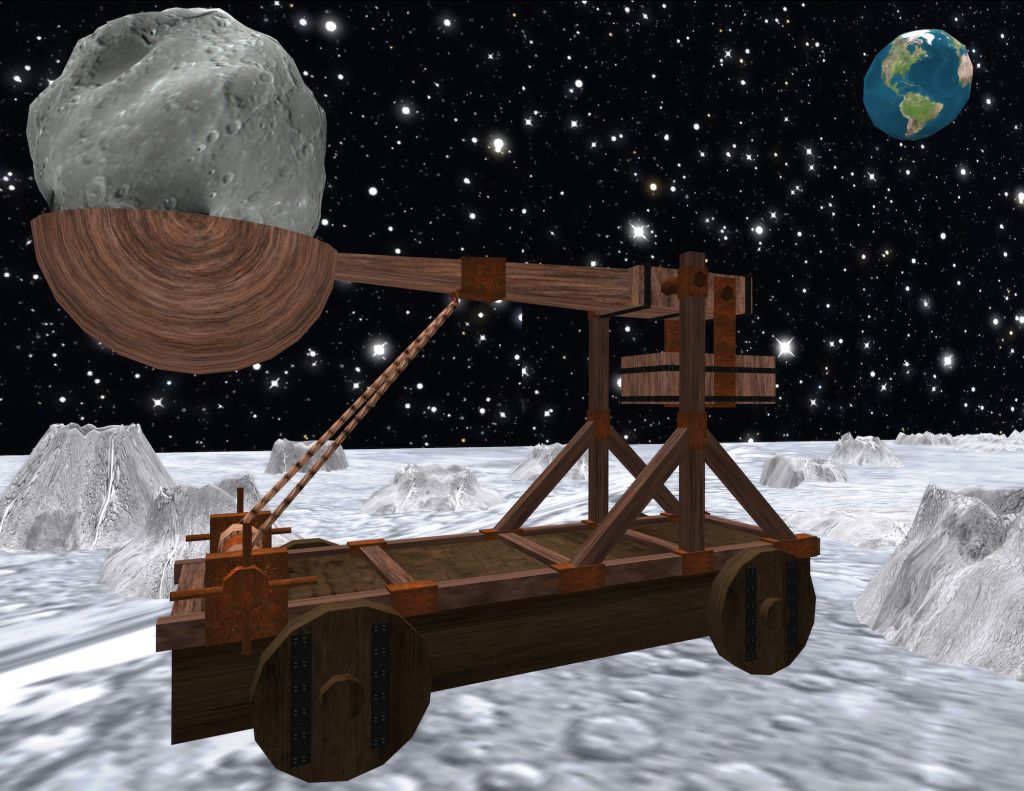 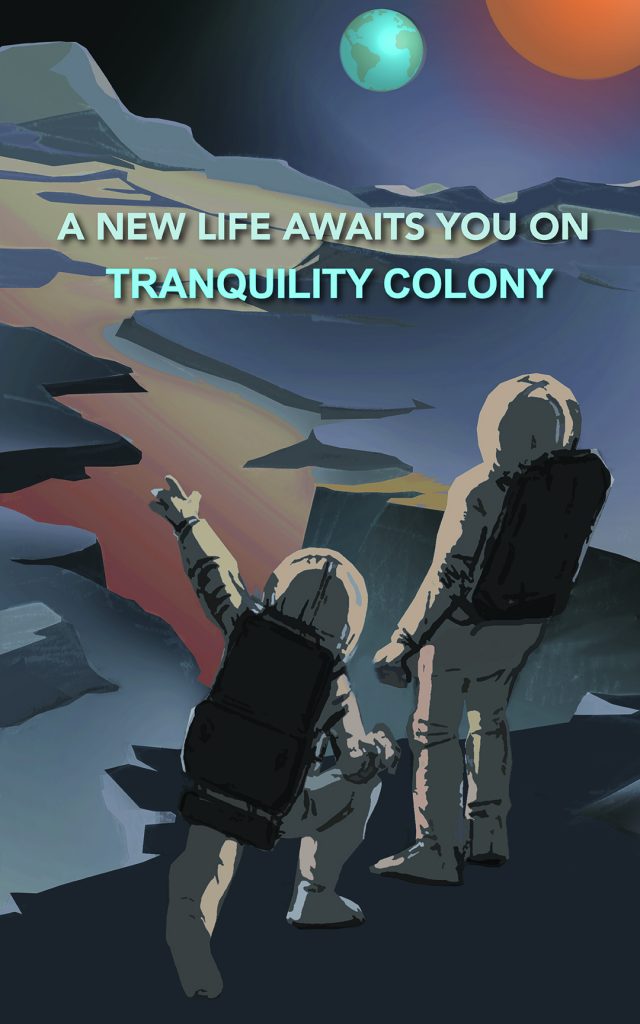 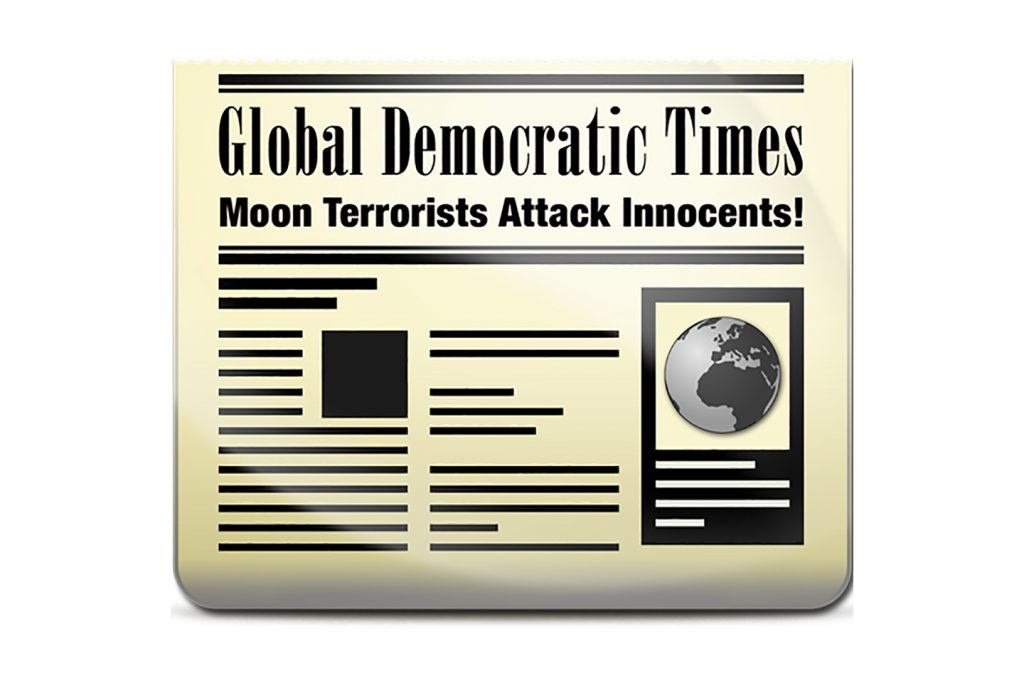 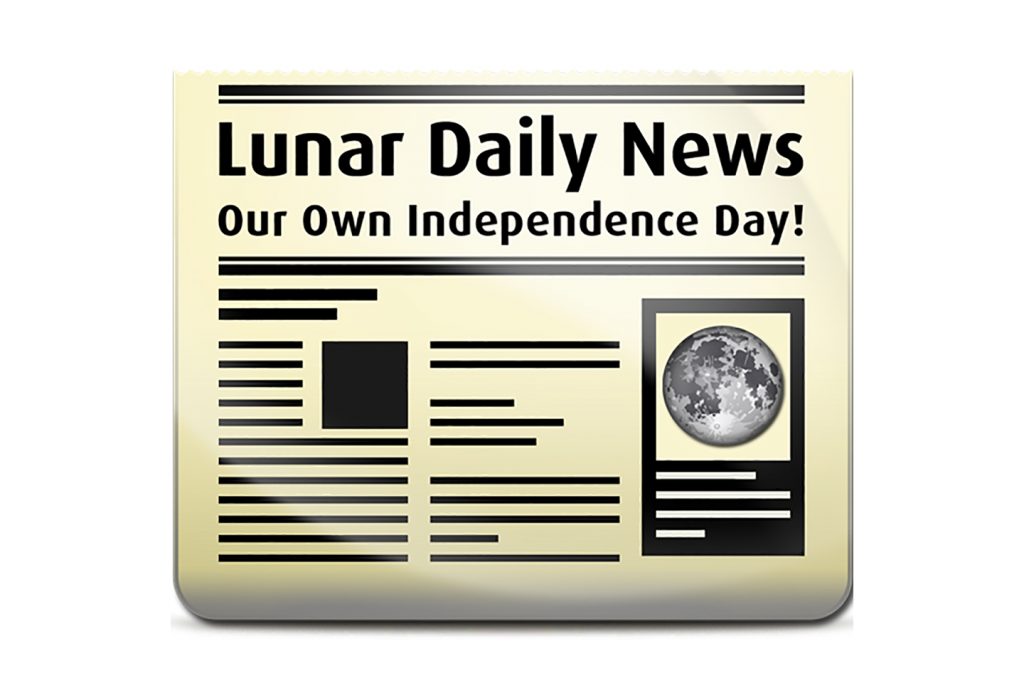 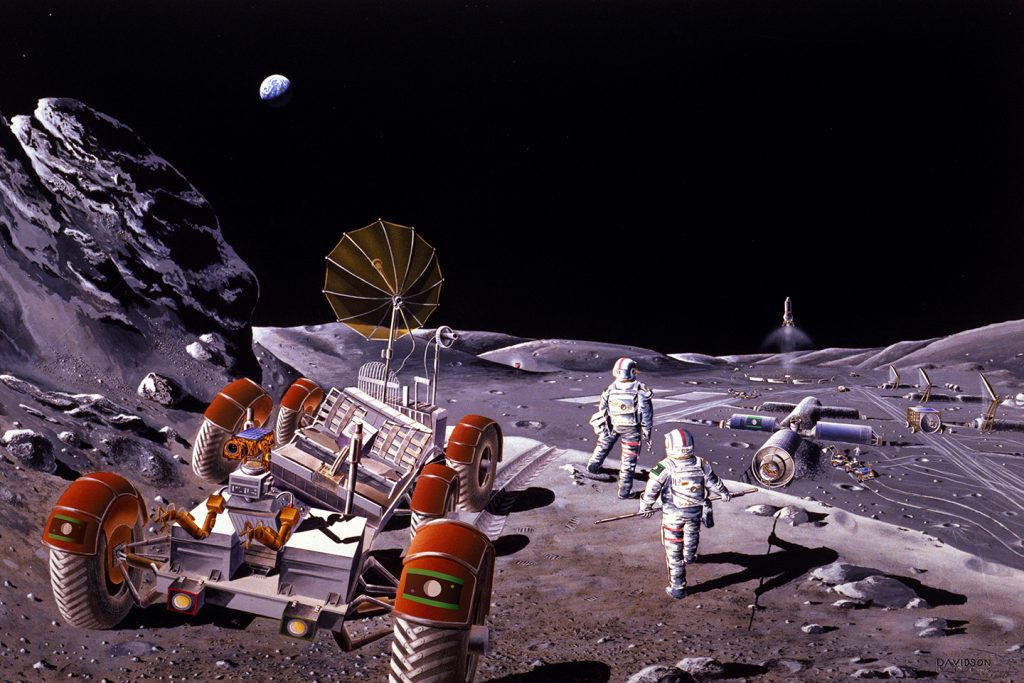 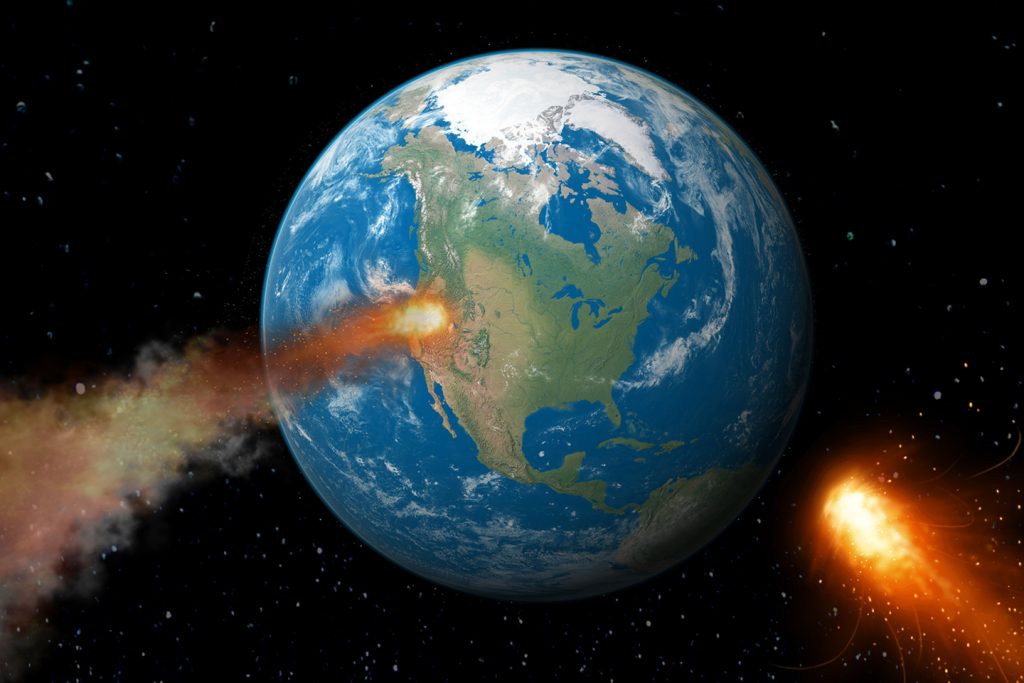 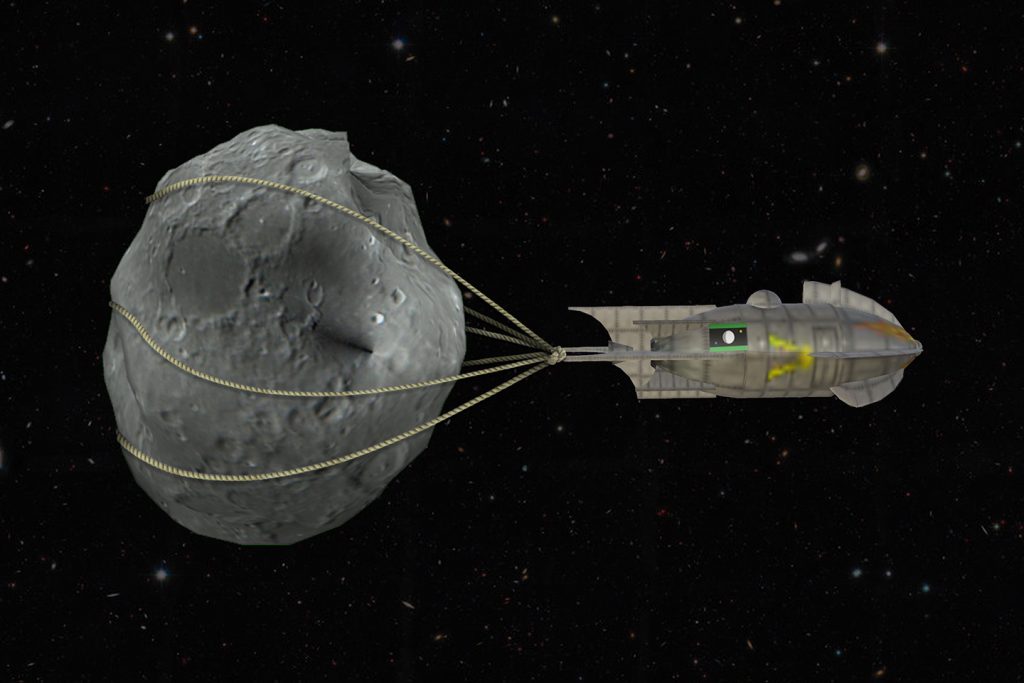 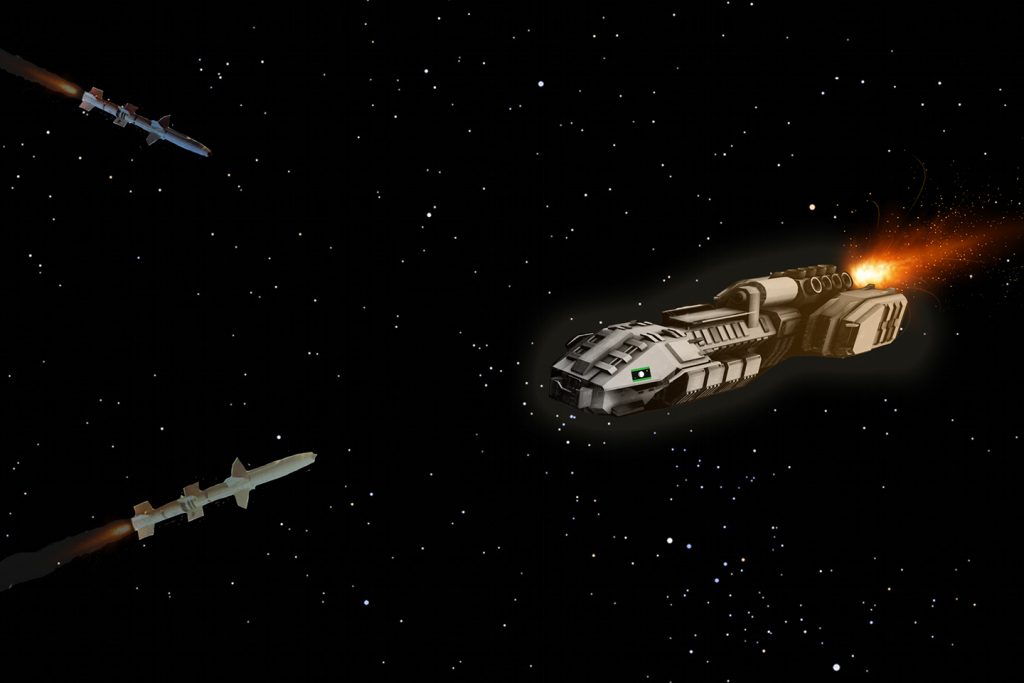 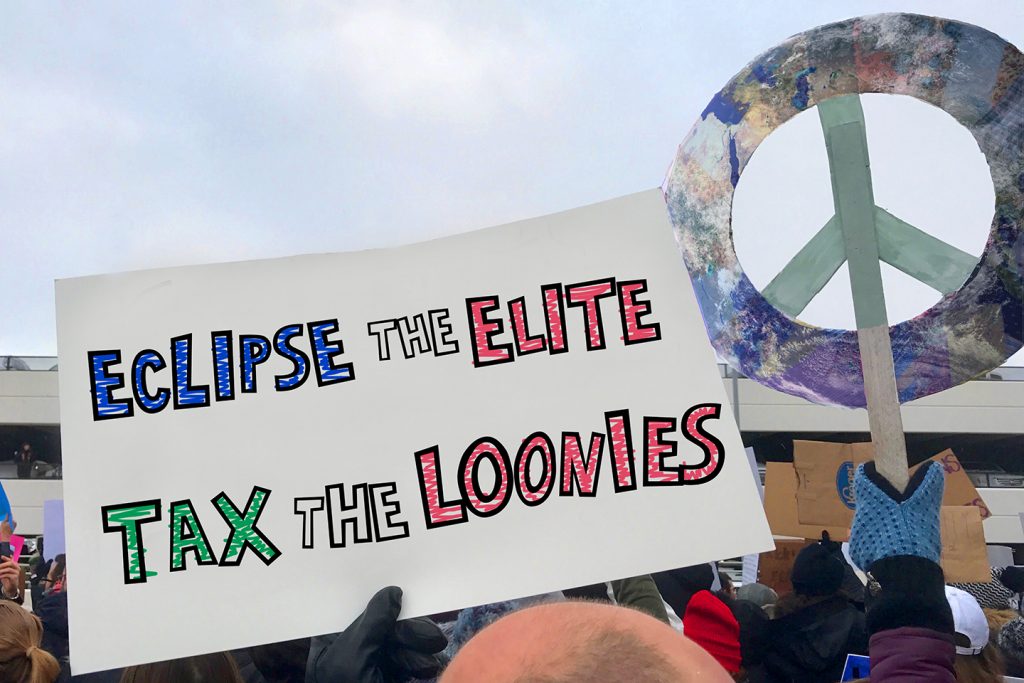 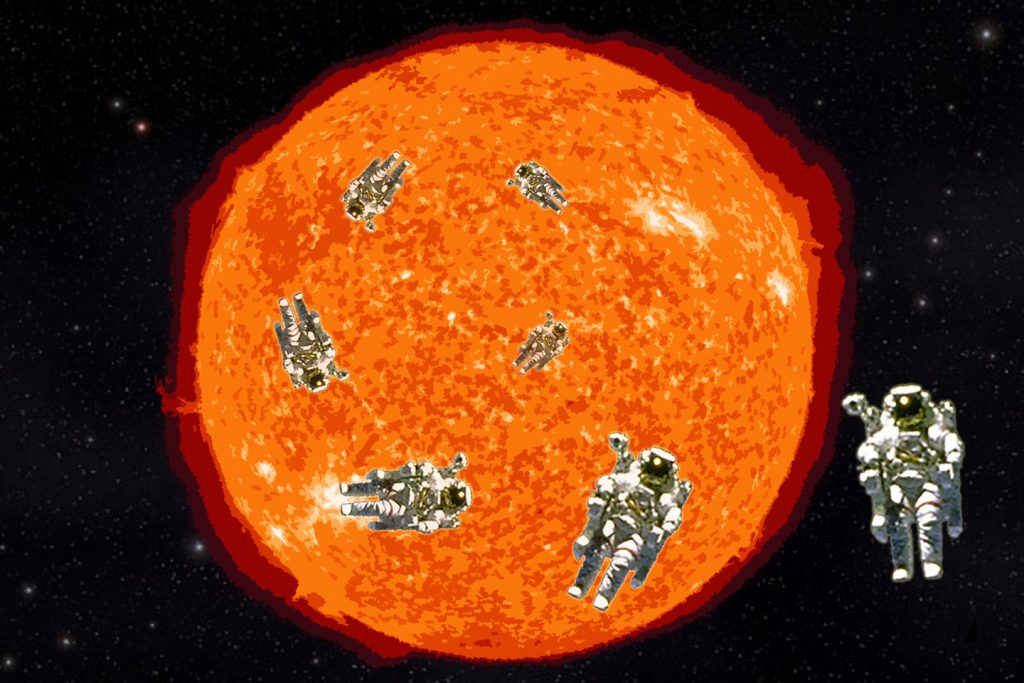 Moon v Earth is an “augmented reality” artwork, which depicts a future narrative where a moon colony run by billionaires declares its independence from Earth. The story is presented as an aftermath, a series of fragments where participants piece together what might have happened through an archaeological treasure hunt in museum or gallery.

As viewers discover the graphics, they will only gather a partial story as all the objects will likely not be found. Their subjective narrative and experience of reconstructing reality echoes the subjective information that form political opinions that we experience now, on Earth in our online spaces.

The emphasis on a non-technological experience while using metaphors of augmented reality systems and its cartoony graphics style is one which engages a broader audience. With this, the work questions the value of difficult-to-use technology in an art exhibit.

The printed guide with GPS coordinates might serve as a map to the augments. However, GPS is notoriously accurate for fine measurements in indoor spaces. The technology dialogue plays with the augmented reality narrative as actual reality supersedes the virtual. The moon colony narrative serves as a metaphor of how venture capital in space is at odds with everyday human experience.

“A New Life Awaits You on Tranquility Colony”, remixed from NASA imagery, free for remix and reprint.