When you get to a new place, get lost. Wander in space, wander in time. I adhere to the words of Rebecca Solnit in A Field Guide to Getting Lost and often find myself in the moment in a new city.

I finally had some free time at the American Arts Incubator program and set out the other day to the Thonburi district to see one of the temples. Here, I would have been amongst tourists snapping digital photos. Instead, I got distracted myself on a self-guided Khlong Tour.

The khlongs are the canals in Bangkok, a city which used to be called the Venice of the East. Centuries ago, they were used for transportation, irrigation and flood relief. But, this was before concrete and pavement redefined the city.

Floods are now a huge problem as the rainwater has little place to go except into storm drains which quickly overflow. The stormwater drains often ends up into the khlongs. 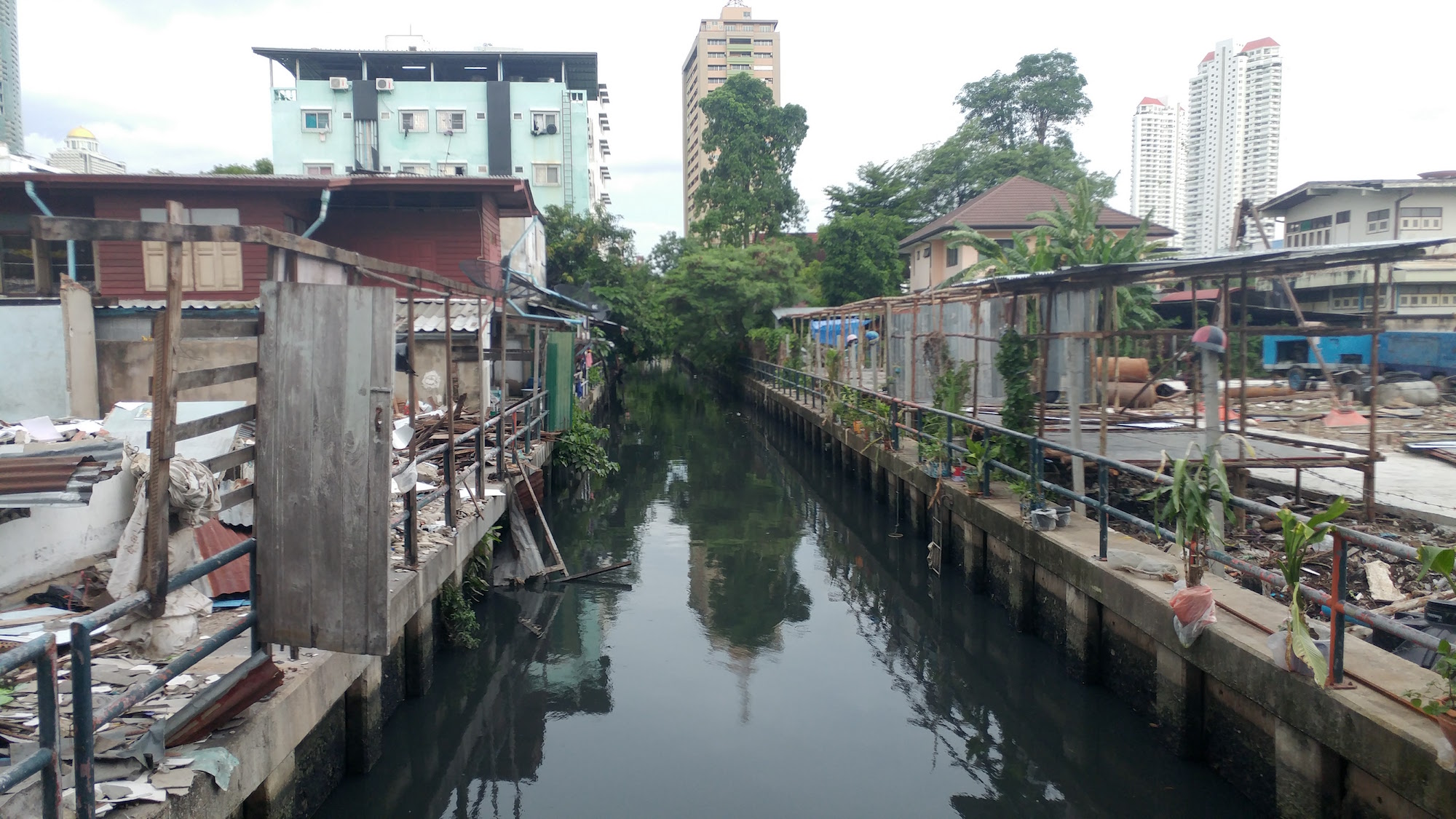 The khlongs do have mechanisms to contain the water, which appear to be mini-dams that can be raised to open into the Chao Phraya. This stormwater, which is not clean water at all then flows out to the sea. 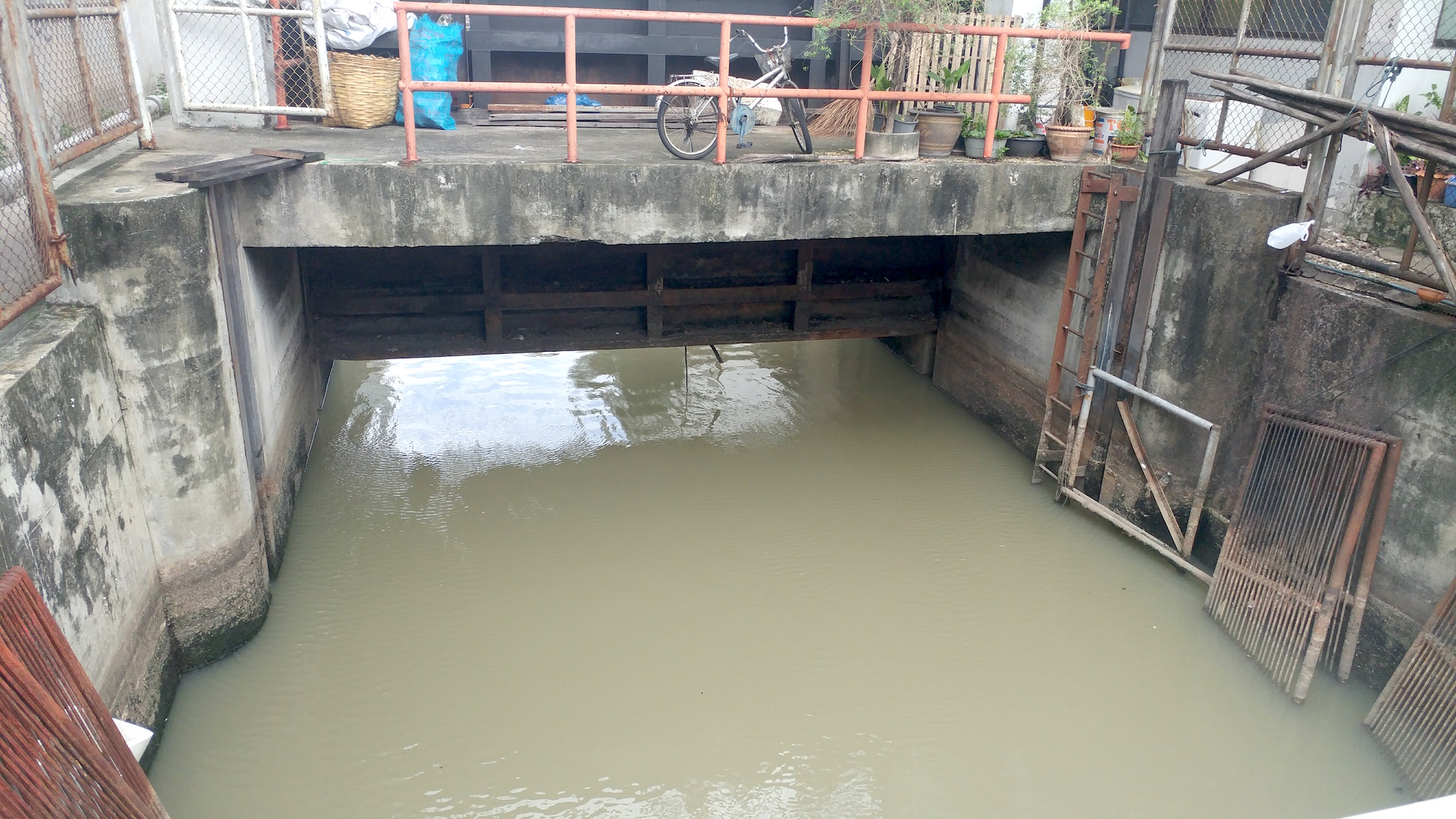 The khlongs are mostly stagnant and filled with garbage. Of course, they could be beautiful waterways and a source of community pride. Garbage cleanup would help, but ultimately a better drainage system would be needed.

Water needs to flow to be healthy. I’m not at all trained in civil engineering projects, but this seems pretty basic. We control the water and confine it and its health suffers.

Strangely, there is still a lot of fish in these mucky waters, which I believe is mostly catfish. And where there is edible fish, people will try to catch them, despite the health risks.

I saw many little things. Here are “soi dogs” (not those kinds!), but since Soi is the Thai word for street, these are street dogs or strays. They are skinny, though not malnourished. Mostly, they seem to want love. Don’t we all? 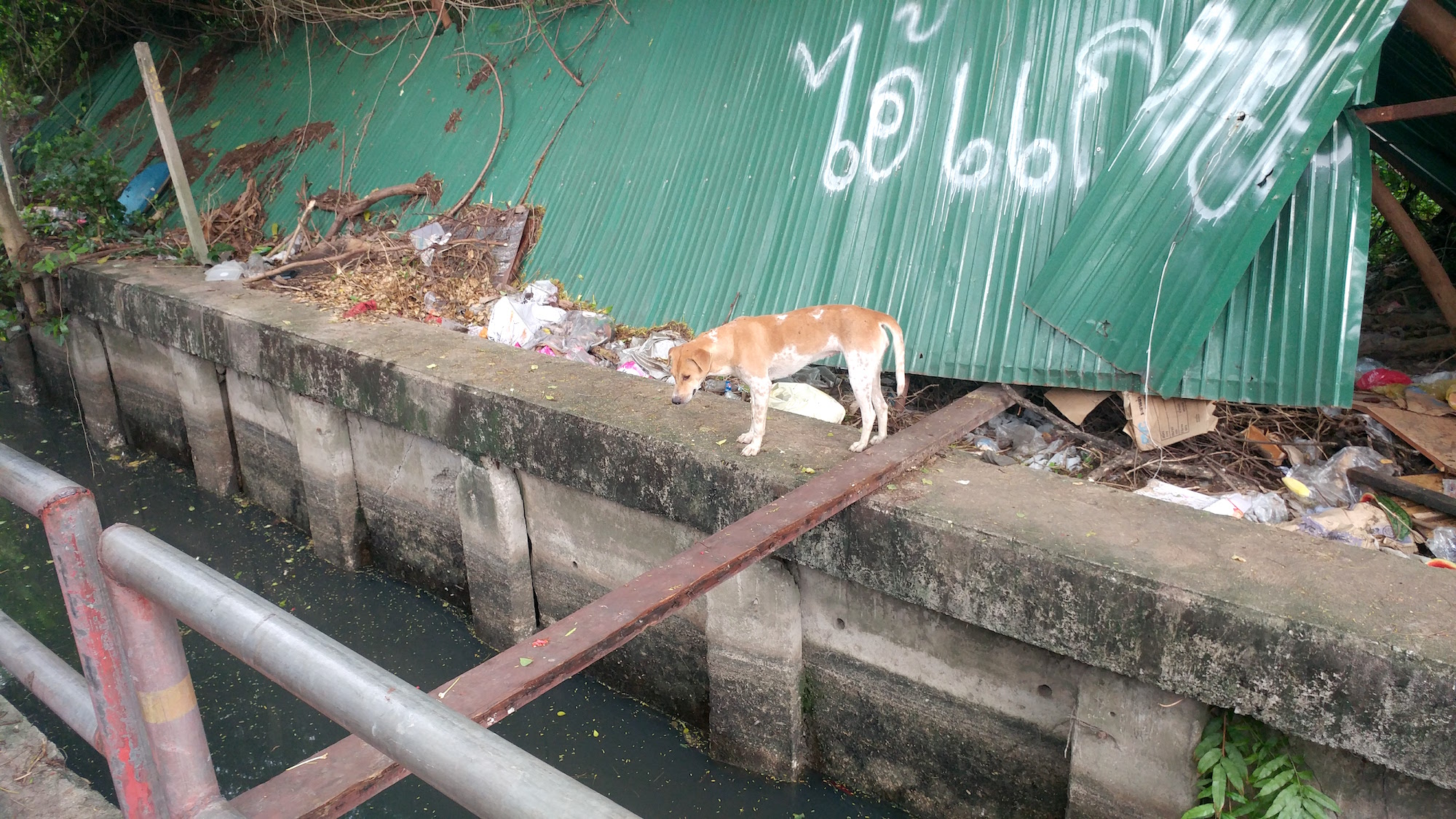 The narrow khlongs had small bridges to various houses. They were just…there, a neglected feature of this urban space. No tourists were in sight. 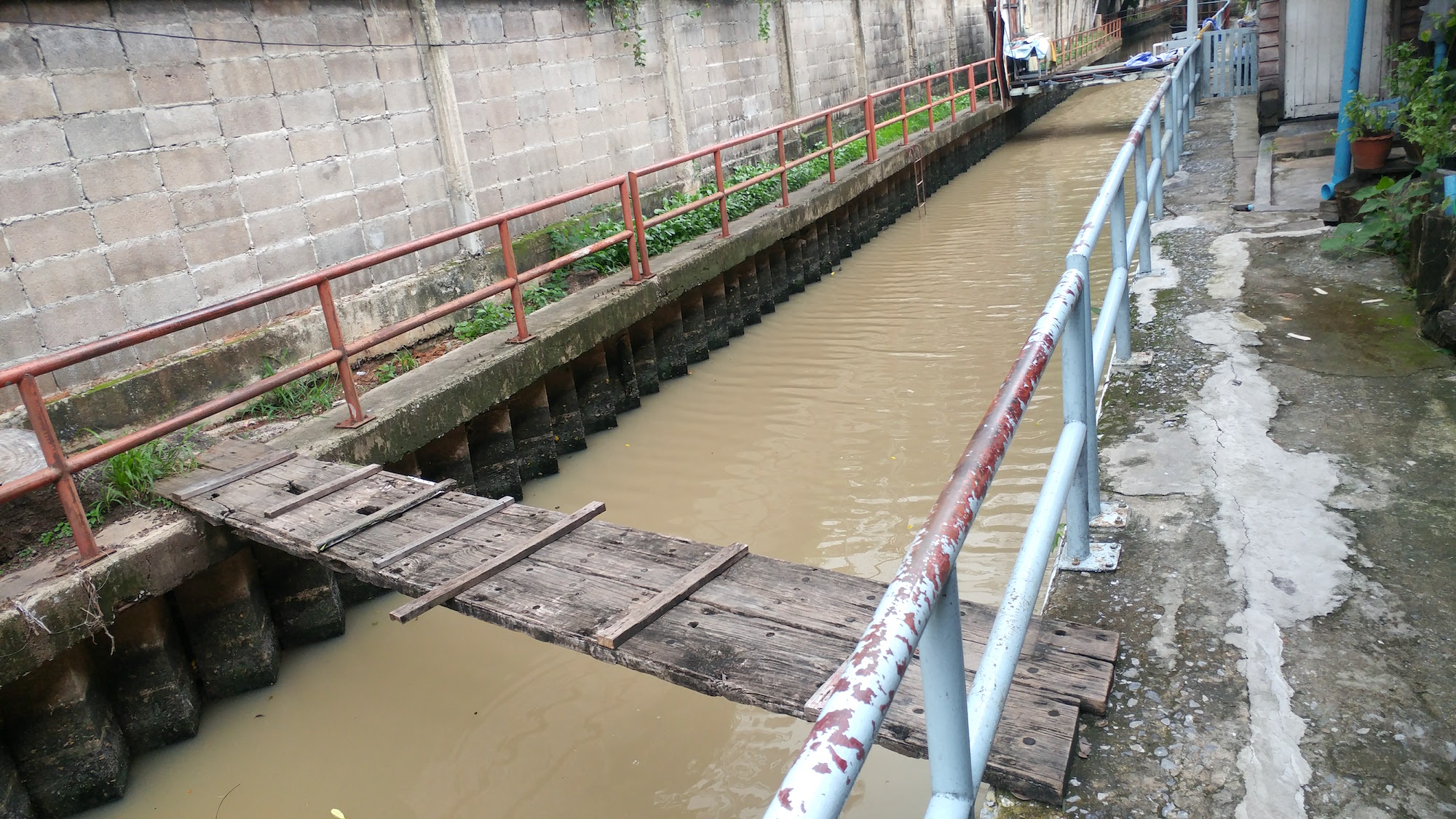 And a hole in a corrugated steel fence with an offering in it. 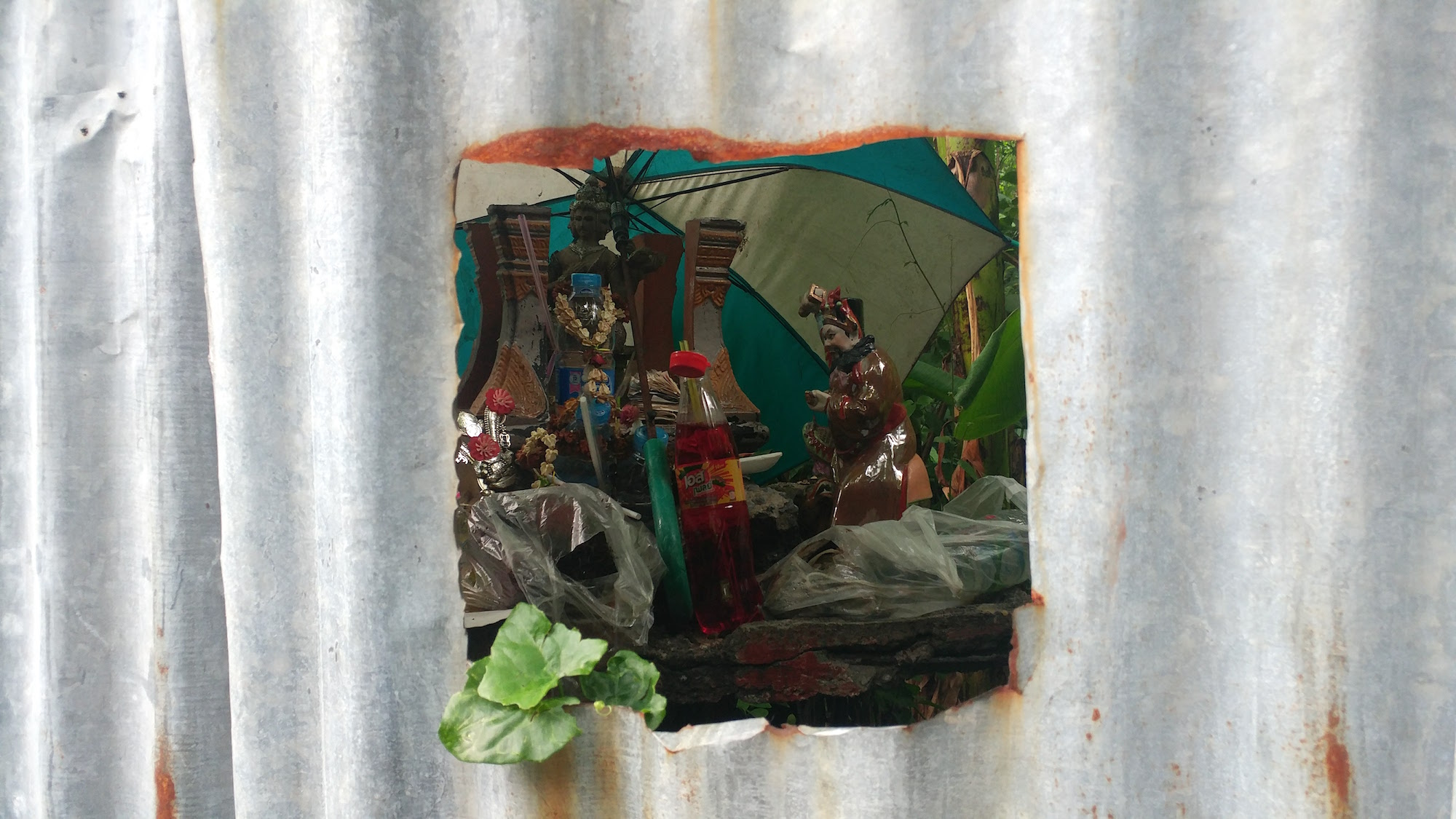 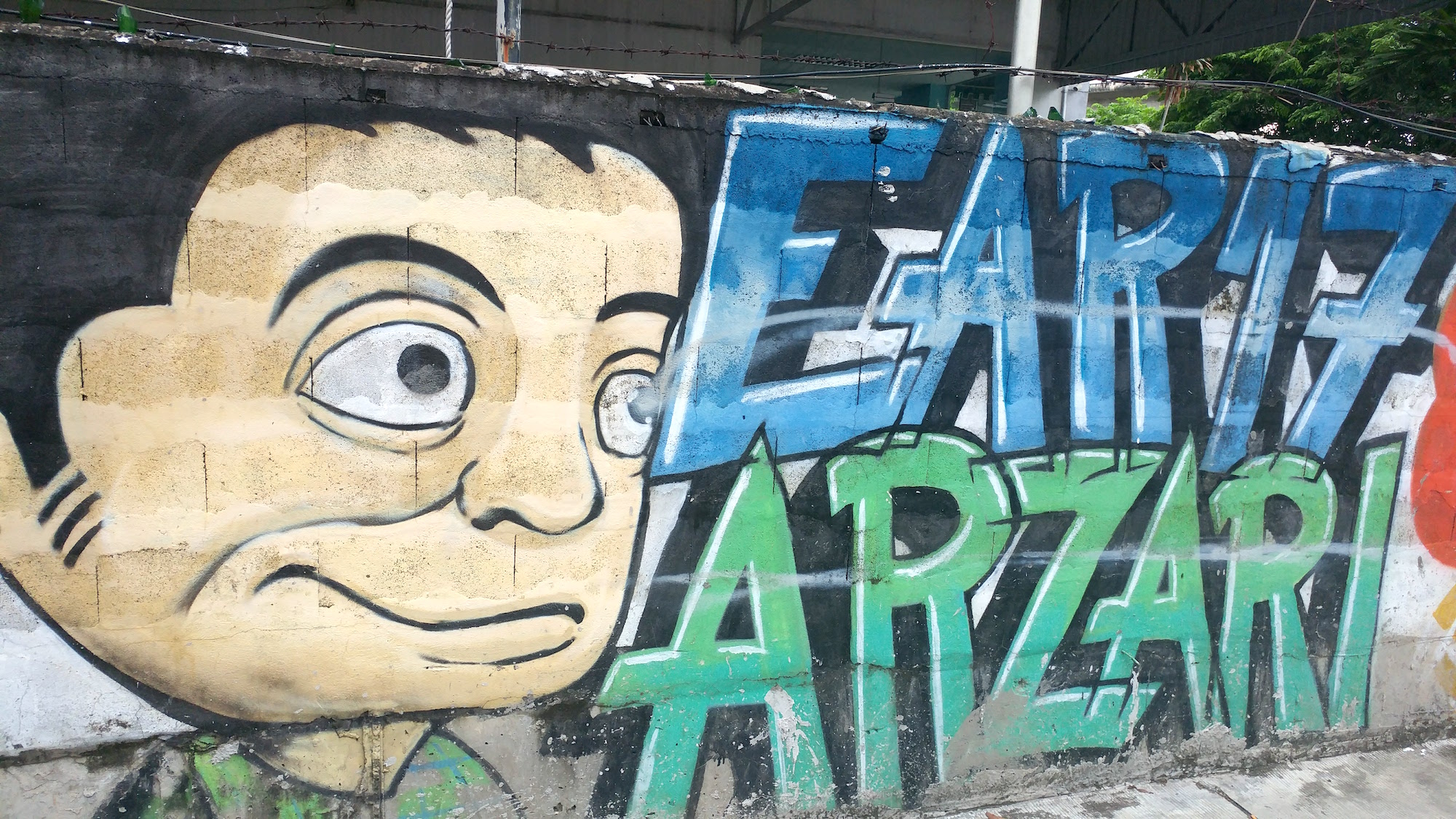 Why would a tourist come here when the temple was prettier? Still, I made the right choice. I noticed more in my walk than I would have in a temple. At tourist sites, you are supposed to look at certain things but when you wander through the landscape, your gaze is free.