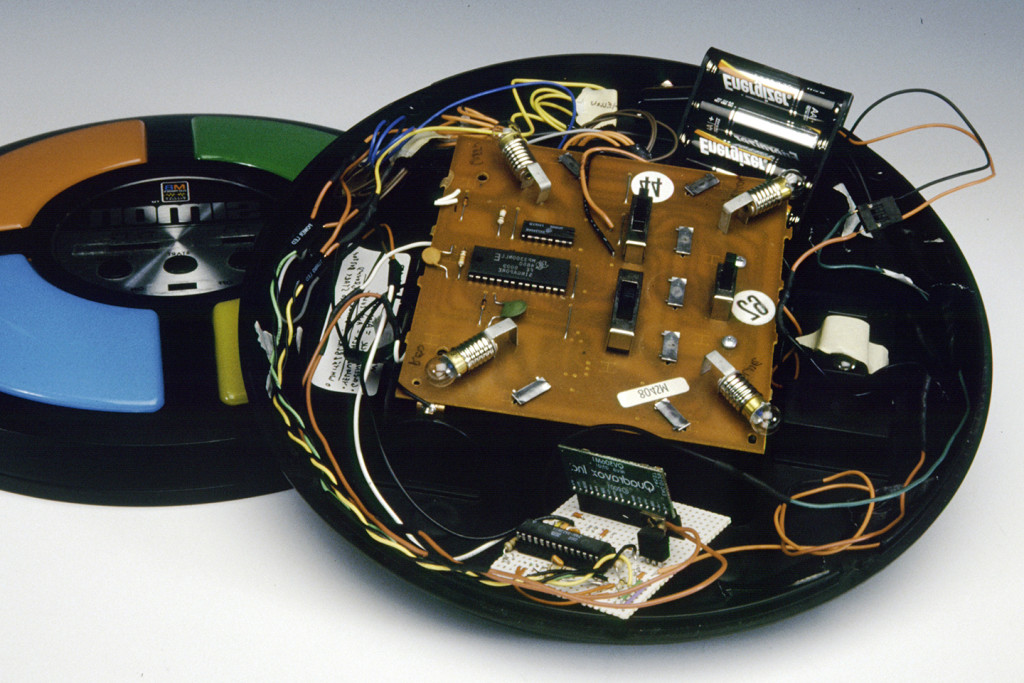 Simon Says is a modified electronics piece, which explores how language and expressions are used. Using circuit-bending to alter the popular SIMON(R) game of the 1970s, it provides a recognizable interface and emits custom voices and sounds. Multiple versions of this artwork exist.

Simon Says #2 (2005): The game begins with utterances and expressions of satisfaction (e.g. “mmm…”, “yes”, “ah”). Gradually the sounds begins to shift to ones of doubt (e.g. “hmmmm”, “oh”) and then to dissatisfaction (“no”, “arrgh”, “get away”). The normal aural patterns of the game are broken. The player becomes confused by the sound cues and cannot properly play the game.

Simon Says #1 (2004): Recognizable phrases spoken by George W.Bush are intermingled with sounds of guns and 80s video games. Words such as “security” and “justice” have been entirely stripped of meaning as Simon Says phrases the player to repears its utterances. Modern political jargon becomes decontextualized, the sequences reiterate at a quickening pace and inevitably the player loses the game.