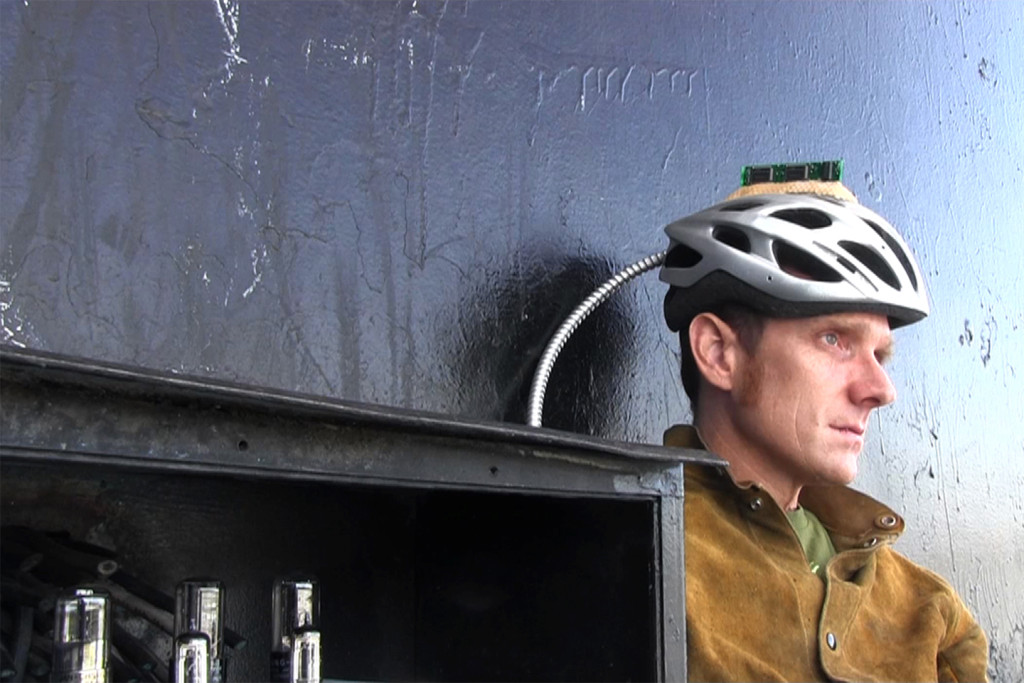 This “interactive” sculpture lets you play the role of different characters such as Yoda, Princess Mononoke and Queen Elizabeth by tapping into the brain’s neocortex and altering your perceptions. The device helps us imagine a future where brain-to-computer interfaces are commonplace. With it, we can escape our own reality entirely and thus question our perceptions about what is “real”.

I created this sculpture and accompanying blueprint while I was a resident artist at the Recology San Francisco as part of the 2049 series. I later brought it to the New York Hall of Science and shot the Reality Simulator video at the site of the 1964 World’s Fair, where the prospector from the year 2049 plugs the simulator into the Unisphere and travels back in time to the world’s fair. 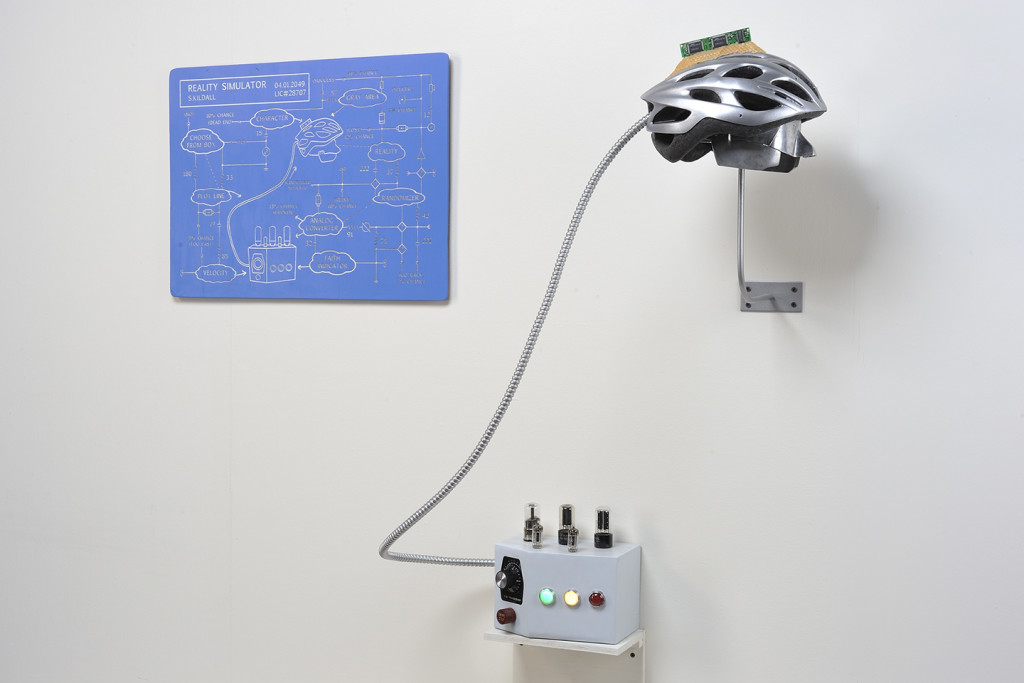 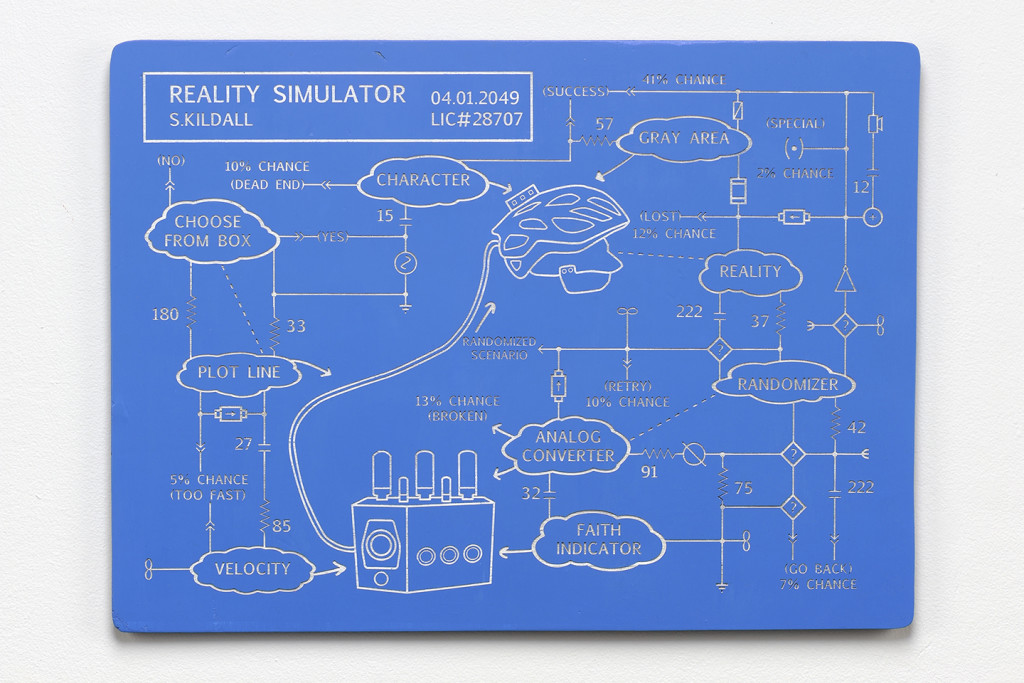 Selected Press
Thanks to support of Artist-in-Residence program at Recology San Francisco.

Credits & Thanks
Thanks to support of Artist-in-Residence program at Recology San Francisco.