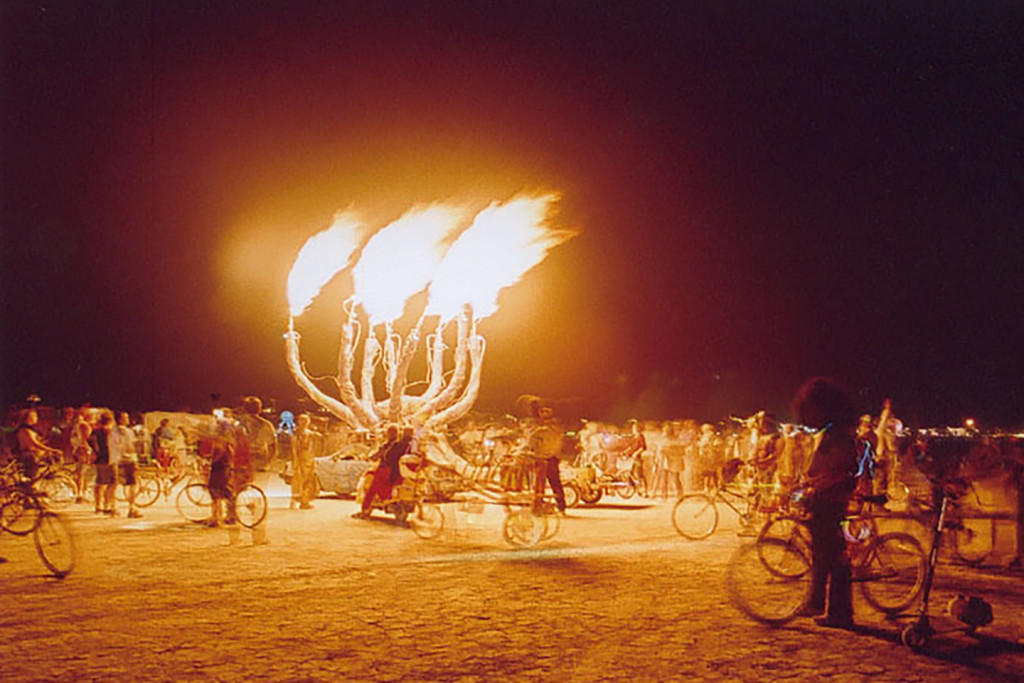 The Octopus Car was an art car that performed a musical fire show. Each tentacle released quick bursts of flames in rapid sequence, which created a percussive beat. By adjusting the tempo and the pitch of the beat the operator became, essentially, a propane DJ, responding to the energy and enthusiasm of a quickly-gathering audience.

A unique aspect of this piece was the formation of the sound: each beat was created by an explosion of propane at the mouth of a steel pipe. By electronically specifying the amount of propane in each explosion, the musical controller created varying tones, accompanied by a fireball, which added a visceral visual appeal to the overall effect.