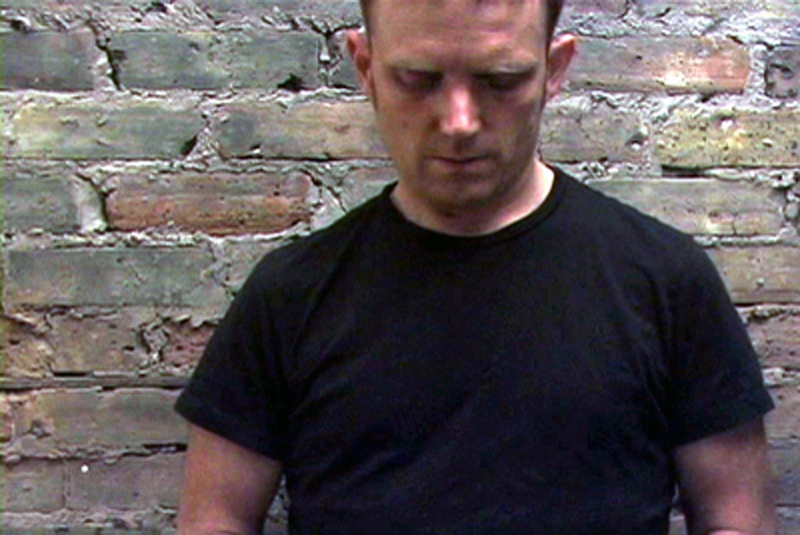 Handwork is a single-channel affective video projection of the artist as he attempts to learn to crochet. A single shot shows only his facial expressions and upper torso with the hand movements out of frame. His eyes look downwards with concentration and frustration punctuated by irregular breathing, suggesting a sexual act.