Flagscape is a Virtual Reality installation where national flags dance and fly in a visual choreography and audio cacophony. 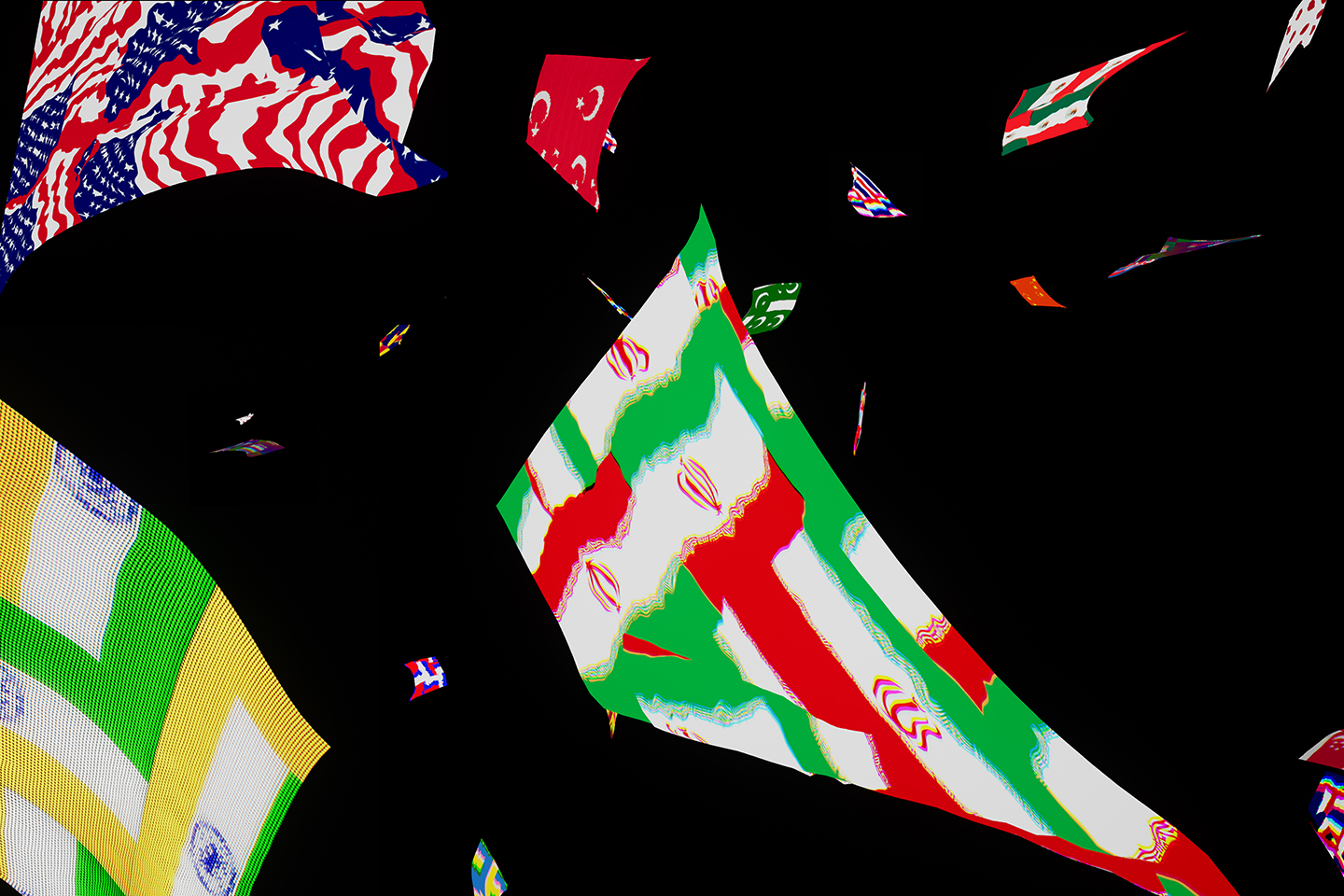 Flagscape is a Virtual Reality installation where national flags dance and fly in a visual choreography and audio cacophony. Each flag has been perverted with digital glitch algorithms, liberated from its original form, yet still recognizable. The criss-cross of the Union Jack is shifted out of alignment, the stars of Chinese flag are pixelated and warped and the Masai shield from the Kenya flag has been chopped in pieces and repeated several times.

The viewer may fly through the scene of fifty-six* flags and as they approach each one, they hear its national anthem play as a brass band rendition. The medleys blend into one another, a spatialized mix of sounds, louder as you are close in on a flag. The songs compete and yet are strikingly similar — hollowed-out pomp-and-circumstance melodies with militaristic overtones.

Data drives the dance. The flags still retain the relations of their missing parent nations. India and Pakistan edge towards each other, puffing in anger, never touching, never resolving. The United States and United Kingdom, warp around one another, tangled in what appears to be a sexual embrace. China and Japan are cautious, historical friends and enemies with a cycle that has repeated many times. These flags chase one another, dance together and drift apart when they find one another in this universe.

The endless mutations of choreography create a non-predictive and endless experience. There is no start and no end, in this universe of dancing flags.

* 56 was the ancient number of the layers of the universe, according to Aristotle. And beyond this number, there is pure nothingness. 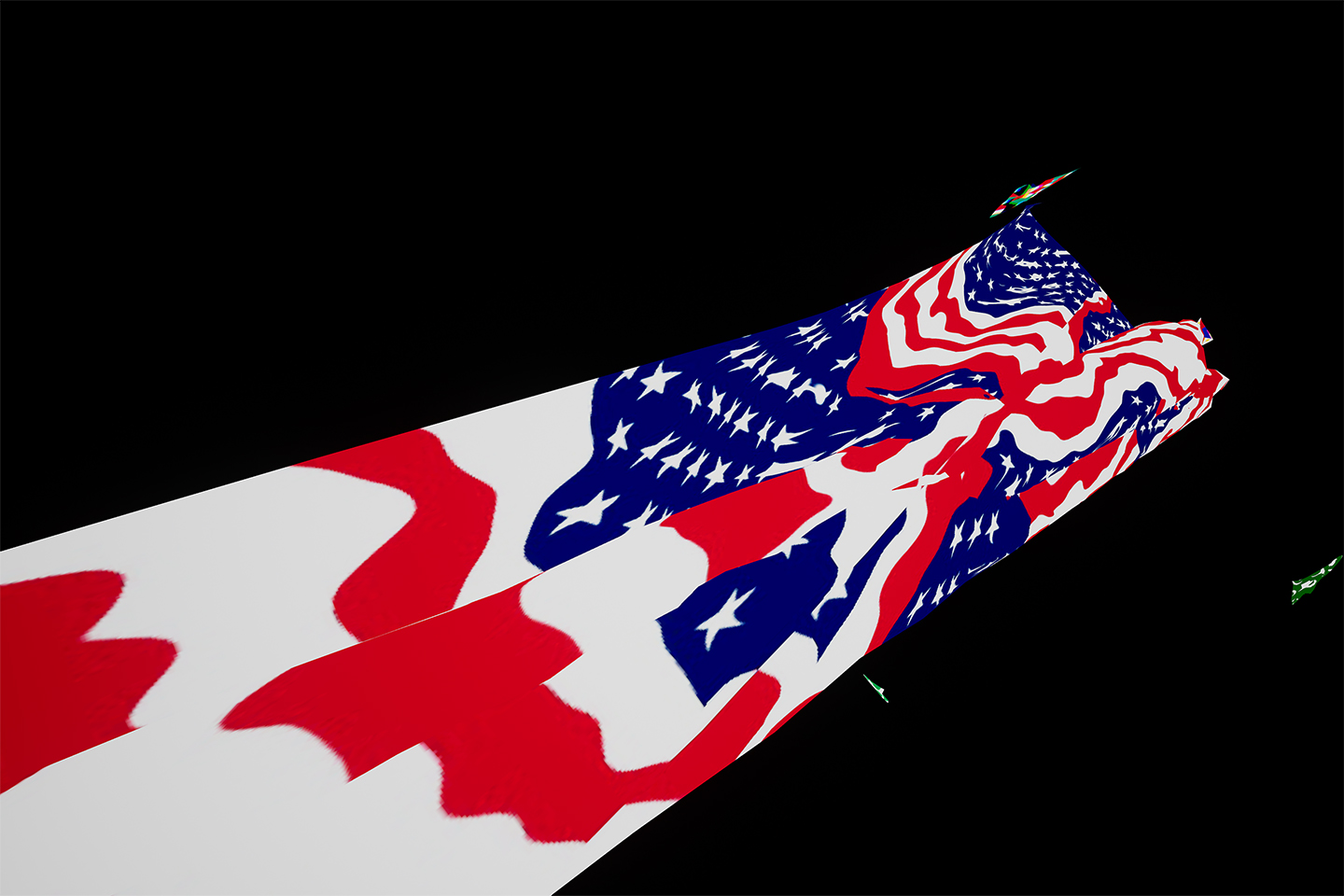 Credits & Thanks
AHRC and EPSRC, Next Generation Immersive Experiences Grant (2018) 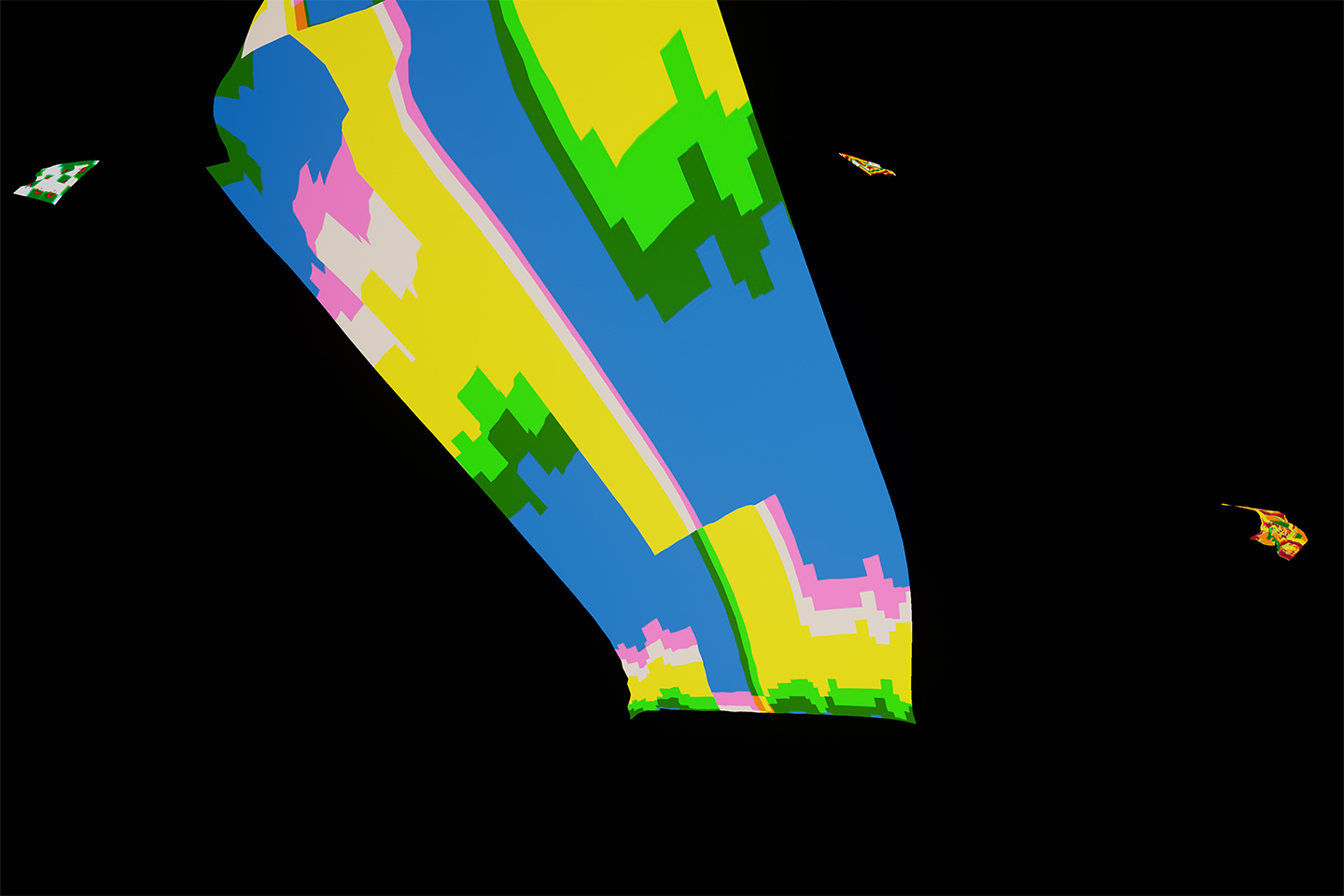 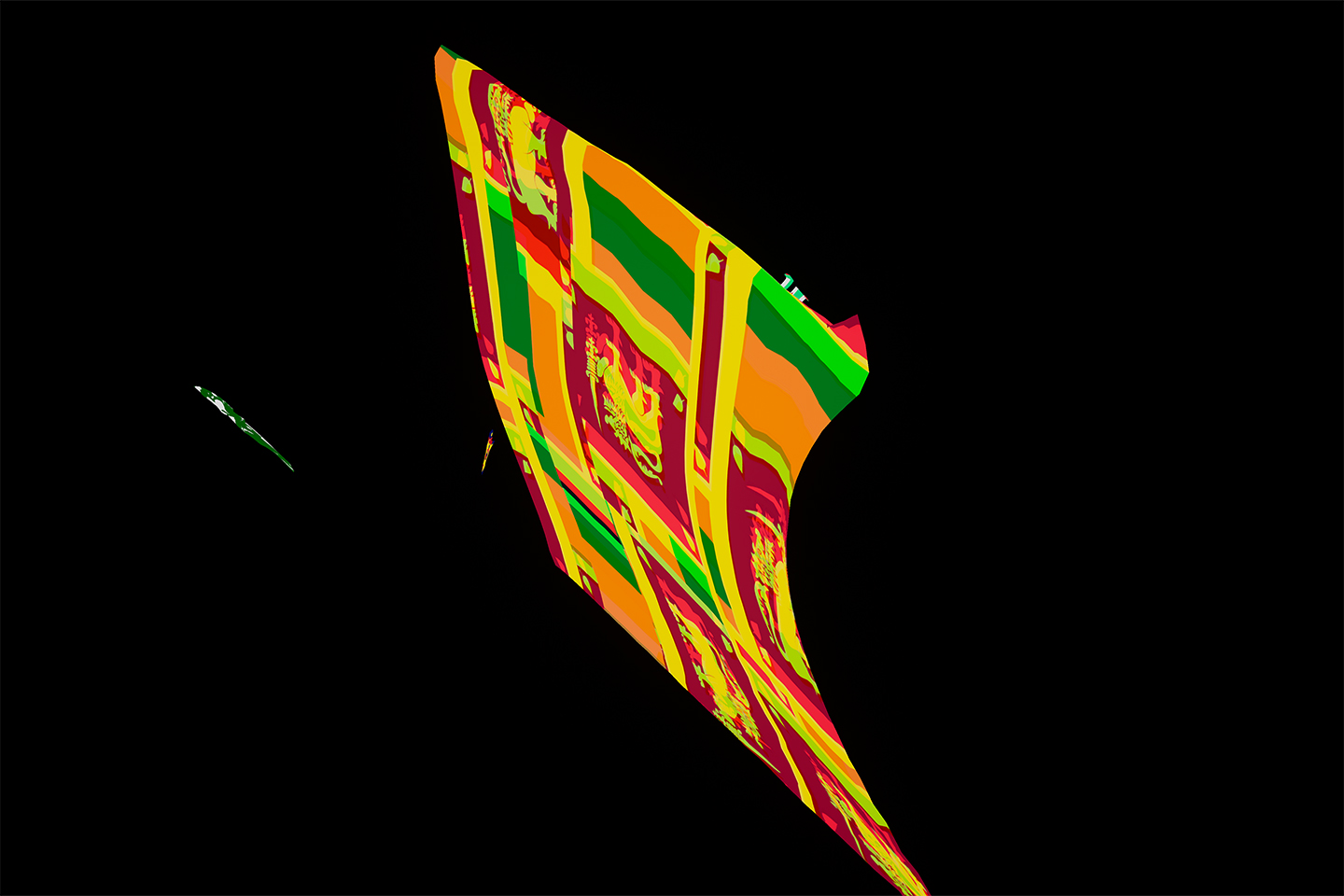