Art projects are like birthing little kids. You have grand aspirations but never know how they’re going to turn out. And no matter, what, you love them. 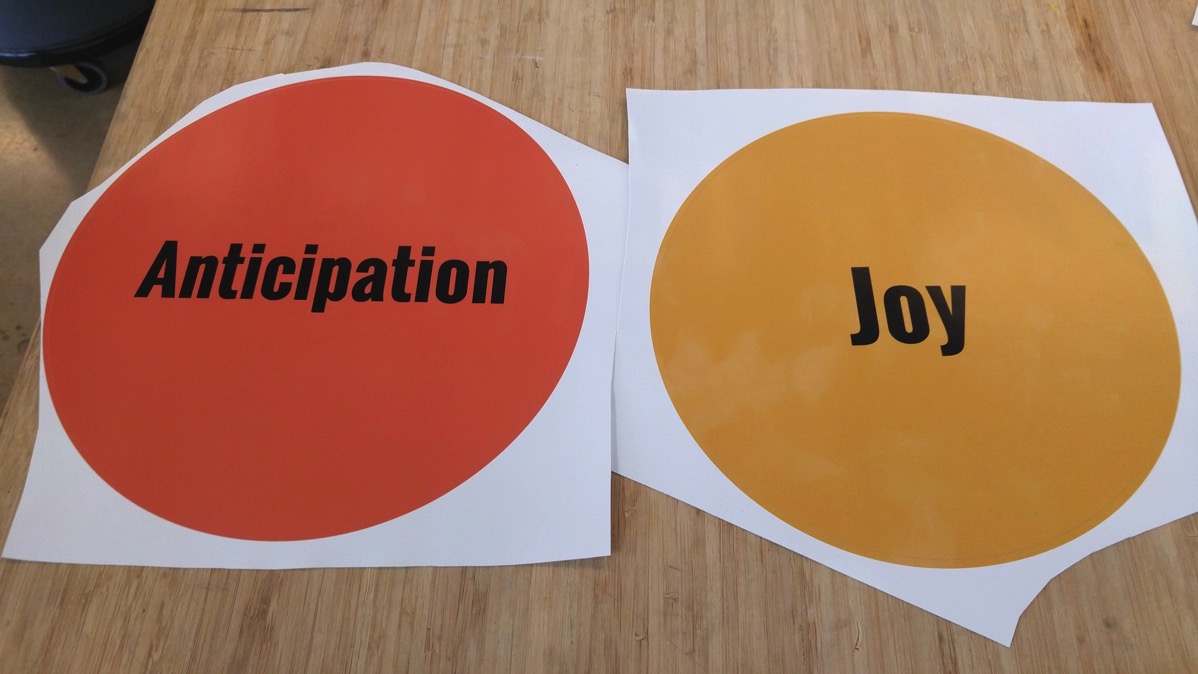 It’s been a busy year for EquityBot. I didn’t expect at all last year that my stock-trading algorithm Twitterbot would resonate with curators, thinkers and  general audience so well. I’ve been very pleased with how well this “child” of mine has been doing.

This year, from August-December, it has been exhibited in 5 different venues, in 4 countries. They include MemFest 2015 (Bilbao), ISEA 2015, (Vancouver), MoneyLab 2, Economies of Dissent (Amsterdam) and Bay Area Digitalists (San Francisco).

Of course, it helps the narrative that EquityBot is doing incredibly well, with a return rate (as of December 4th) of 19.5%. I don’t have the exact figures, but the S&P for this time period, according to my calculations, is the neighborhood of -1.3%. 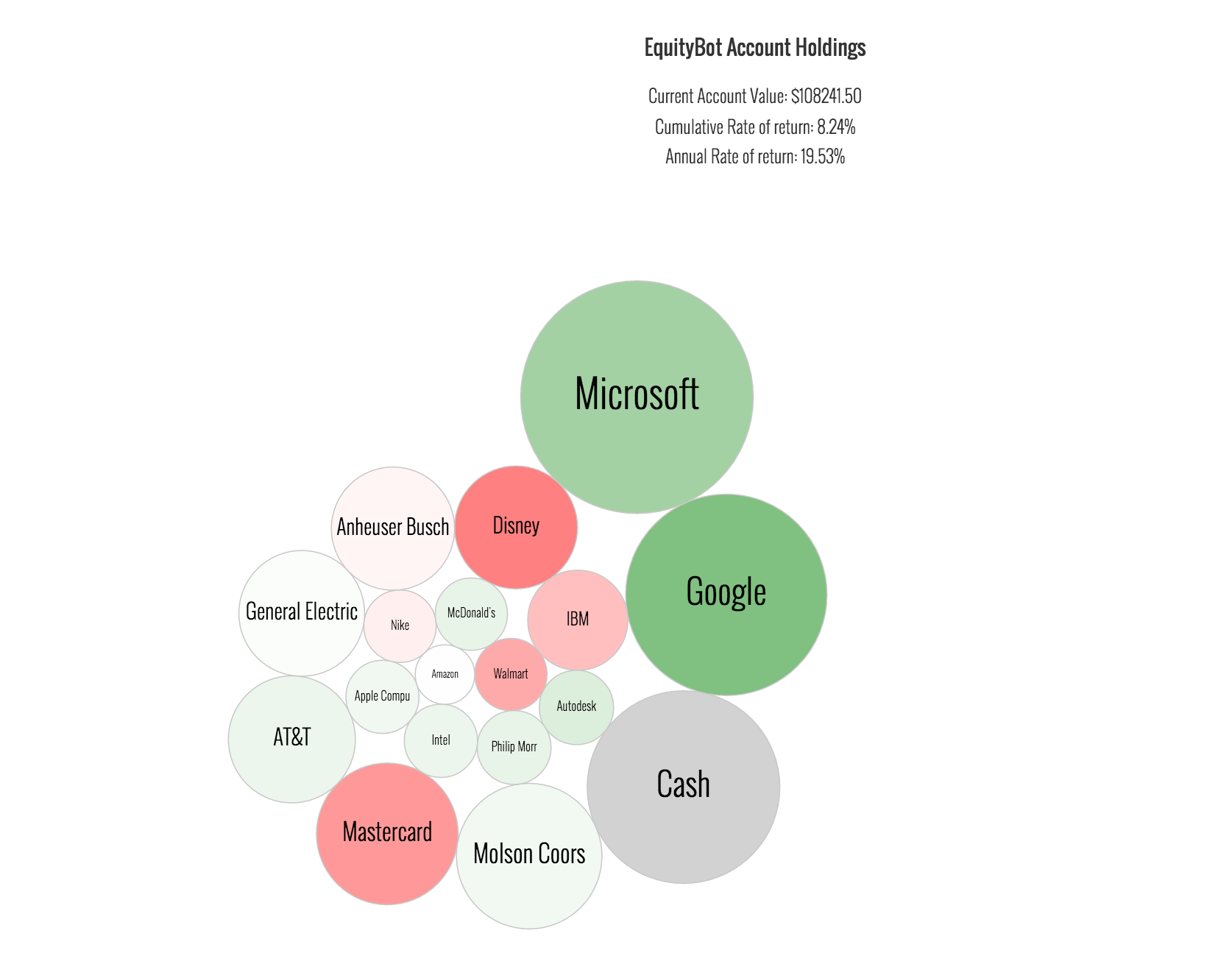 The challenge with this networked art piece is how to display it. I settled on making a short video, with the assistance of a close friend, Mark Woloschuk. This does a great job of explaining how the project works.

And, accompanying it is a visual display of vinyl stickers, printed on the vinyl sticker machine at the Creative Workshops at Autodesk Pier 9, where I once had a residency and now work (part-time). 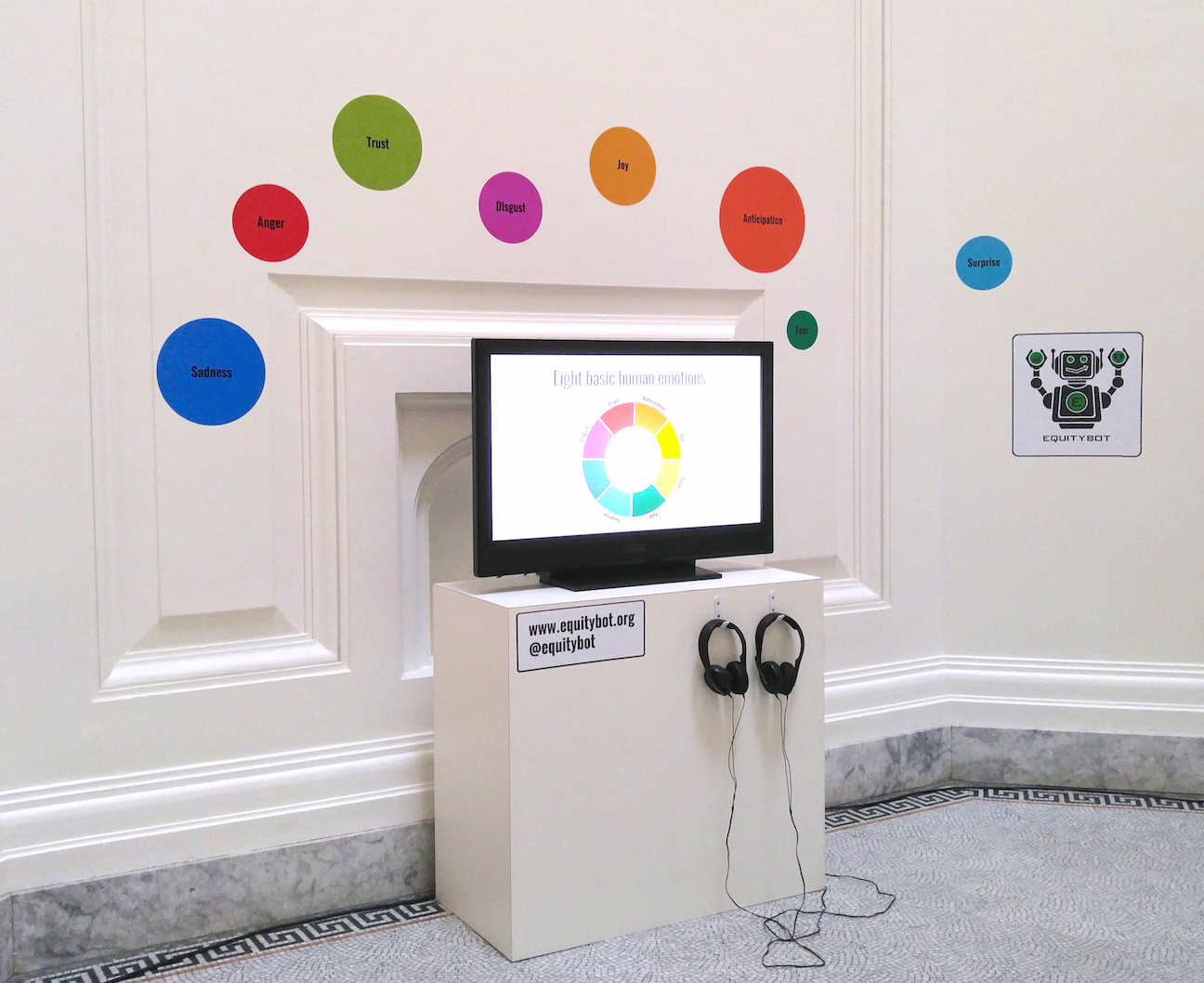 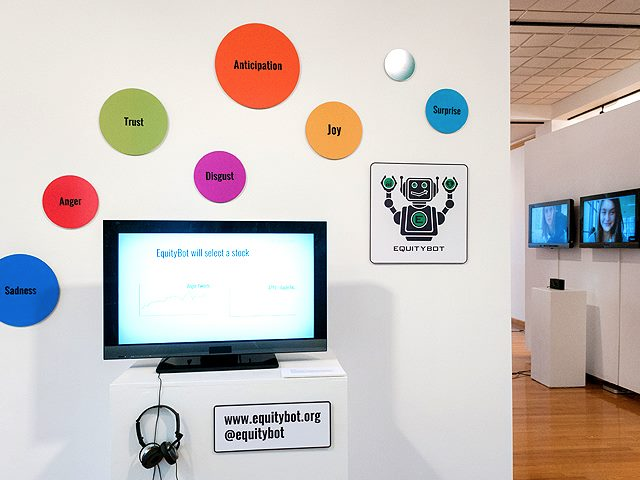 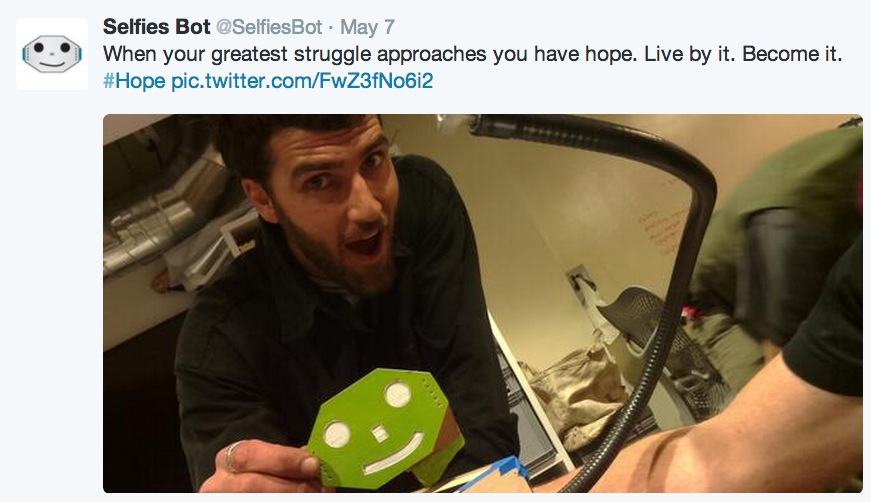 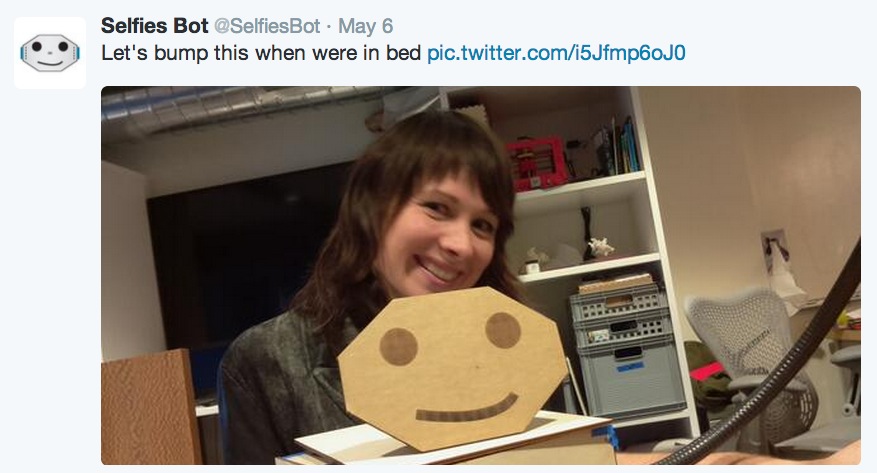 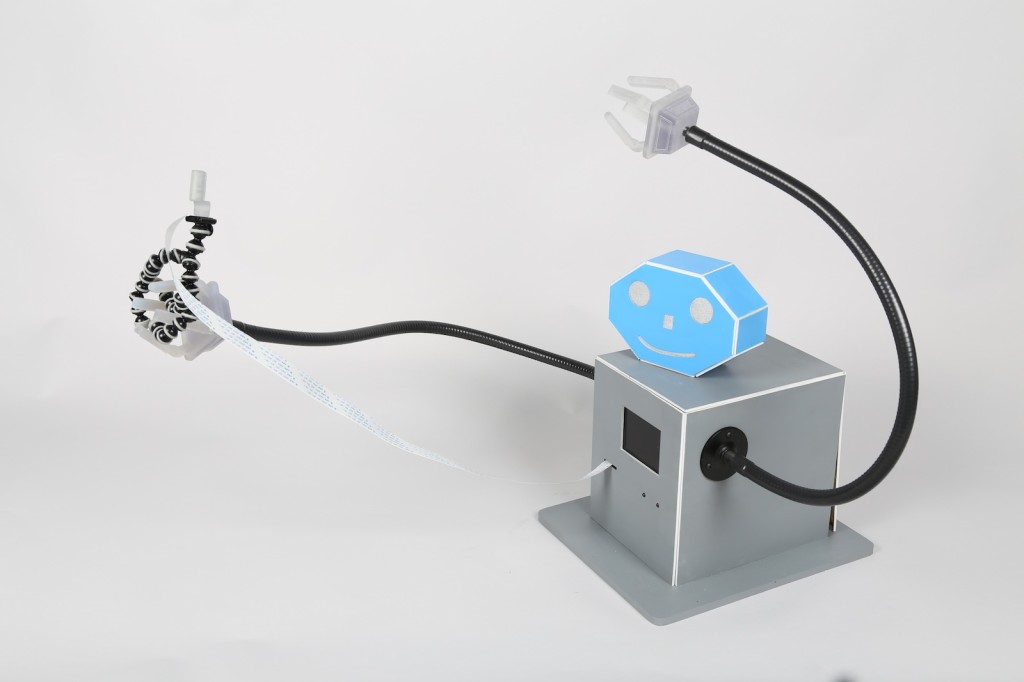 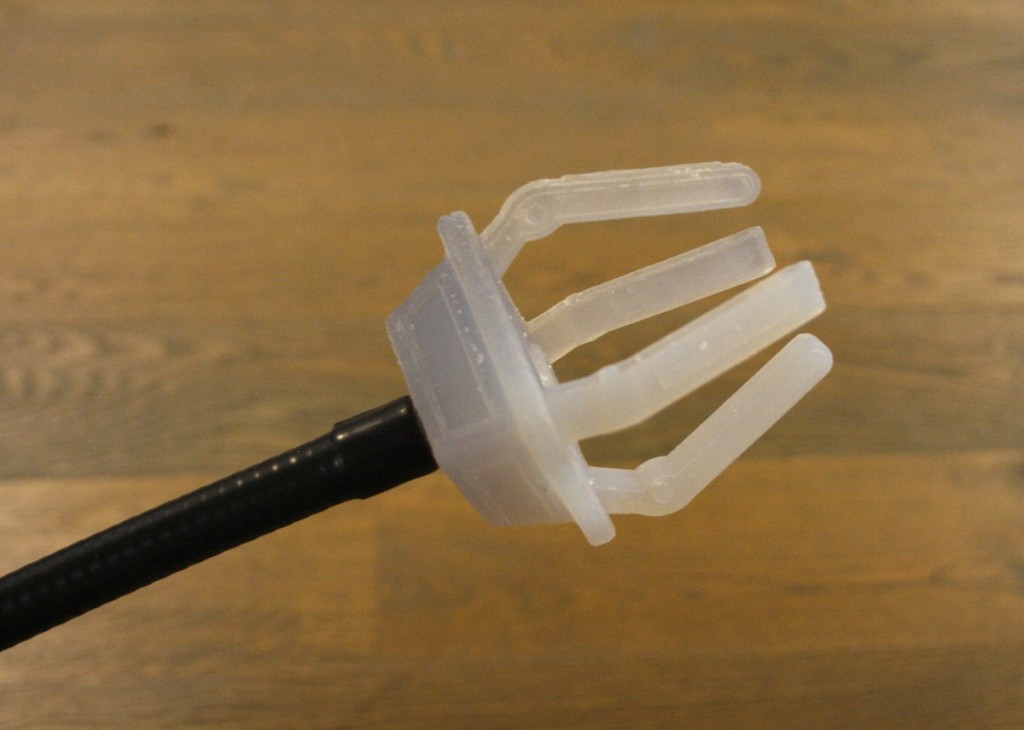 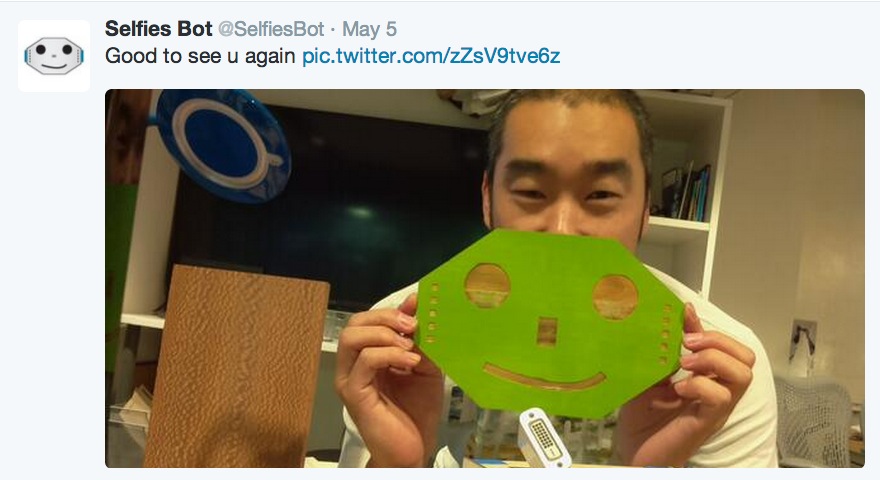 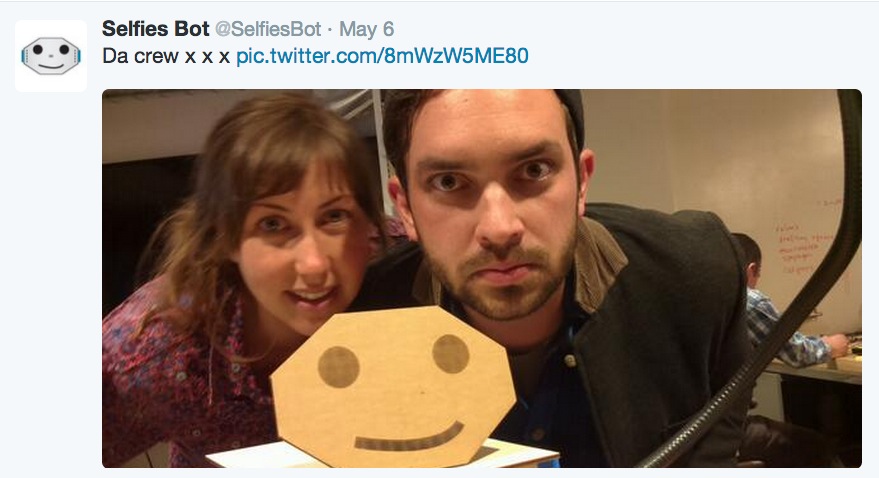 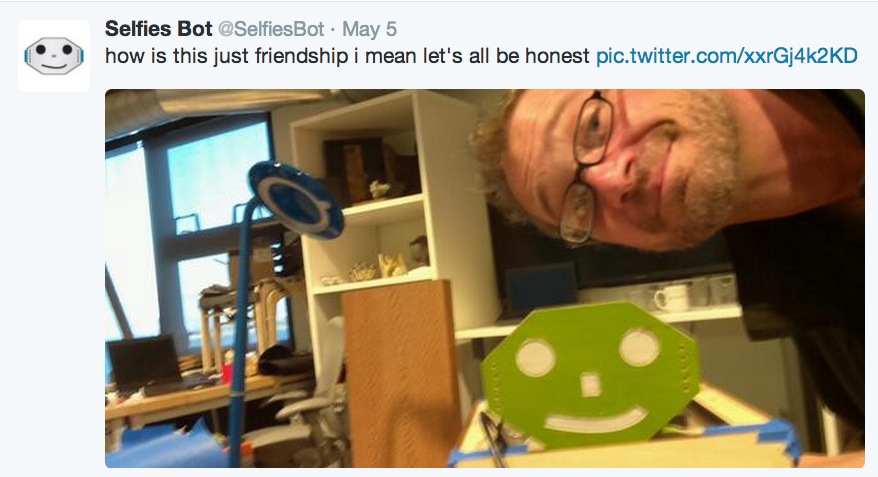 Second Front performed Babula Rasa as part of “The Artist is Elsewhere” — a one-night performance event hosted by ZERO1 and curated by Sean Fletcher and Isabel Reichert. These are some stills from the event. 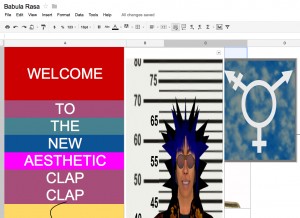 My idea was to use Google Docs, specifically its spreadsheet as a virtual Tabula Rasa — a blank slate for performance. I had imagined word-play, formulas, formatting changes and text-upon-text revisions and edits. I’ve often found Mail Art to be a source of inspiration, where artists re-purposed communication networks for art discourse. I was hoping for a similar effect with Google Docs, a space normally reserved for business documents or household expense sheets. 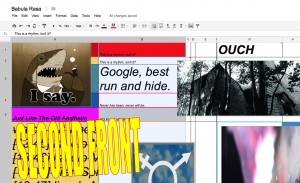 However, my Second Front compatriots always surprise me and they quickly begain inserting images into Google Docs. Who knew? Apparently everyone else but me. 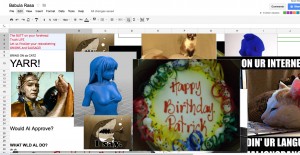 Projected live for 2 hours during “The Artist is Elsewhere” event, this quickly became a group collage. In the first 30 minutes what appeared was the “I Say” Shark, various blue women appeared, Patrick Lichty’s birthday cake, and lots and lots of cats. 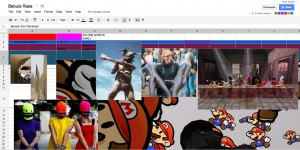 Images from various Second Front performances popped up: Last Supper and Wrath of Kong. And lots of memes from popular culture, reminding me of How Conceptual Art Influenced the World Wide Web. 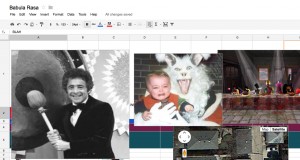 We could overhear the other performances live on a UStream channel. At one point, one of the performances seemed to be carrying on for a long time and someone (maybe me) uploaded Chuck Barris from the Gong Show. 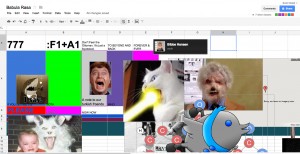 At the 1-hour mark, the Shark is still there but now with the Shaggy D.A., the Tweets in Space logo, Dr. McCoy, an evil bunny and more. 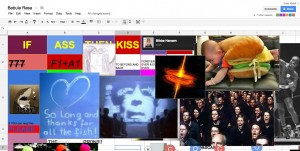 Does this embrace, reject or dry-hump the New Aesthetic? That’s for you to decide. 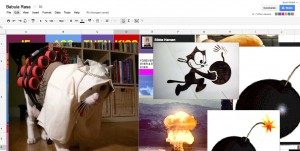 And like all Second Front performances, we had to bomb the virtual venue when we were done…only this time with cats.