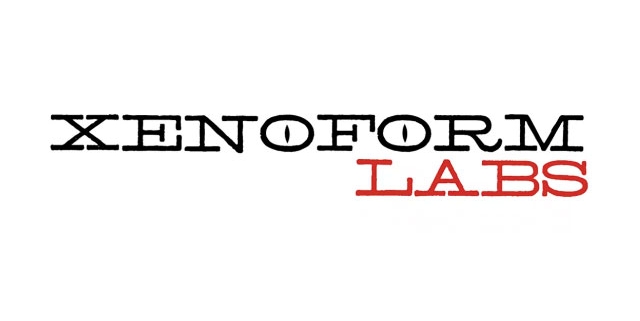 In August, I quit my job at Autodesk Pier 9 as a Shop Staff member in their unique fabrication facility. I had started there as an artist-in-residence in 2014 and continued on as a part-time employee to help other artists realize amazing projects, specifically teaching them electronics, coding and virtual reality techniques.

Everything changes. The company that I worked for is no longer supporting artists as they once did. I’ve spent the summer doing some soul-searching. I reflected on what was special about the Pier 9 Artist-in-Residency program. I moved on.

What I have for you is Xenoform Labs — a new experiment that I launched just this October.

Xenoform Labs is located in the Mission District in San Francisco and is my studio, a workshop space and an art residency program.

The Xenoform Labs Residency is an invitation-only art residency program for new media artists from outside of the Bay Area. I provide free housing and studio space for 1 month for one selected artist/couple. The studio includes digital media, virtual reality hardware, media production and light fabrication. During the residency period, I will host events for the artists to connect with local thinkers, artists and curators in the Bay Area. I hope to support 2-3 artists per year with flexible timing.

The studio supports digital media, virtual reality hardware, media production and light fabrication. Xenoform Labs will host events for the artists to connect with local thinkers, artists and curators in the Bay Area. We plan to support 4-5 artists per year with flexible timing.

The idea for the residency is to provide a space for experimentation and the development of new works and ideas. I hope to support open-ended inquiry and possible collaborations instead of production work for a final exhibition.

My first guests were Ruth Gibson and Bruno Martelli, who are friends and colleagues that I met at the Banff New Media Institute in 2009.

What they proposed and worked on was…

Extending the physical into the virtual, we will work to develop novel body-based interfaces for virtual reality. One of the drivers for our research has been thinking about how we can interface performance with virtual reality. In earlier works, performers were motion-captured and avatars visualized in a kind of ‘inside-out’ performance-in-the-round. Taking this a step further we see live performance being ‘beamed’ into a virtual space using electronics hardware. The idea for this residency is about extending Ruth’s somatic practice into virtual space – so that the user experiences it more as a visceral sensation, rather that as a primarily visual experience. This will be enabled perhaps, by creating physical interfaces that subtly encourage this.

One month wasn’t long enough! I miss them already. 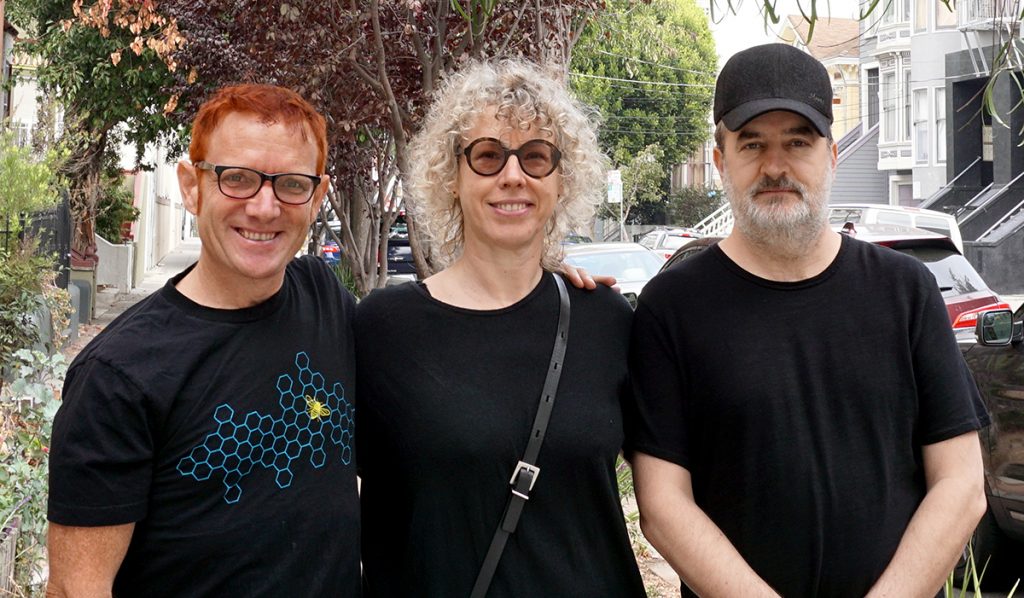 There is nothing quite like setting up an art residency while it is happening.

The studio space is in an apartment. One kitchen. Two studio rooms. A small balcony in the backyard. Ruth and Bruno stayed downstairs a separate bedroom. Located in the center of the Mission, the Xenoform Labs Residency was a vortex of activity.

We set up a common workspace in the front room. Since it is also my studio, I am essentially co-working with the artists. I stocked the kitchen with dishes on loan, put vinyl for Xenoform Labs on the front door, added my own artwork to the center room, bought some camping chairs so we could lounge on the back deck and did loads of other small things to make it feel homey.

In the evenings, we would all work or go out to an art event. Ruth and Bruno met colleagues: curators, artists, thinkers, technologist and many more. At times it was overwhelming…I hope in a good way.

I discovered that the Xenoform Labs Residency could be a site for conversations around leveraging technology as a critical art practice. With this residency, I plan to slowly build networks of cross-geographical understanding and experimentation around new media art.

First of all, breath sensors are a remarkable way to navigate in VR. Ruth and Bruno assembled a sensor that monitors the rhythm of your lungs as you inhale and exhale. Upon the inhale, you ascend in VR space and as you the exhale, you descend. It was magical, like scuba diving. 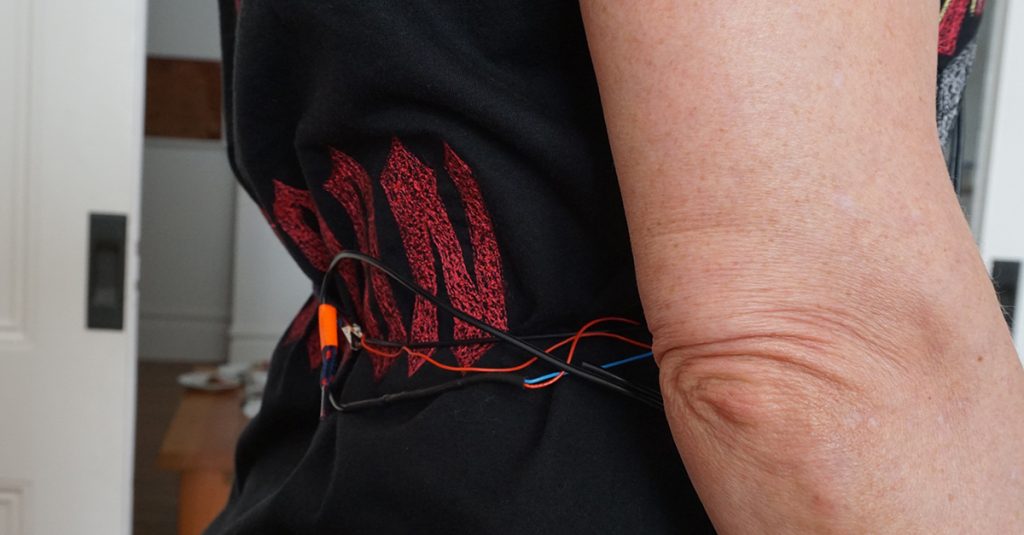 Also, I love hosting and giving a reason for people to come over to the studio — engaging their curiosity with the work and experiments of Ruth & Bruno. We hosted three separate events: a meet n’ greet, VR Salon and closing event. The format was casual for all of these, where invited guests could drop in and see what the residents were doing. This event structure worked well.

And, there is a lot of mundane things to do: cleaning, grocery-shopping, finding tools, directing the residents to the best coffee joint in town and so on. I embraced being a tour guide and was also grateful that they pitched in on dishes and were lovely housemates.

Finally, the visitors were super-enthusiastic. The concept of doing a small-scale residency in San Francisco generated so much interest and support amongst friends and colleagues. As often is the case, you go through a moment of imposter syndrome. Is this really happening? Yes, it is, because the residents arrived, made art and people came over to talk with them. It’s the real deal.

In the short-term, I’m setting up a private workshop + talk series starting in early December with programing in January and February. You can find all the workshops here.

Of course, I’m working on the next round of residents for 2019. It’s an invite-only program for artists who live outside of San Francisco. I am open to nominations, just contact me here.

This turns out to be more work than I thought! I’m trying to find the right fit: not just any qualified artist, but one who is angling to be on the more social side and yearns for conversation and connection to the unique cultural scene in the Bay Area.

Plus, there is a lot of maneuvering around complex schedules. In the last few weeks, I’ve developed a deep empathy for arts administrators.

Lessons from my Dry January
Scroll to top