I just spent 20 days on a sparsely-inhabited island in Thailand with about 80 artists, scientists and other imaginative people. Everyone worked on their own projects ranging from jungle-foraged dinners to plant-piloted drones to creating batteries from microbial energy. We had no AC for much of the day, got bitten by weaver ants, were surrounded by jungle cats and ate off each other’s plates. And, I absolutely loved the experience. 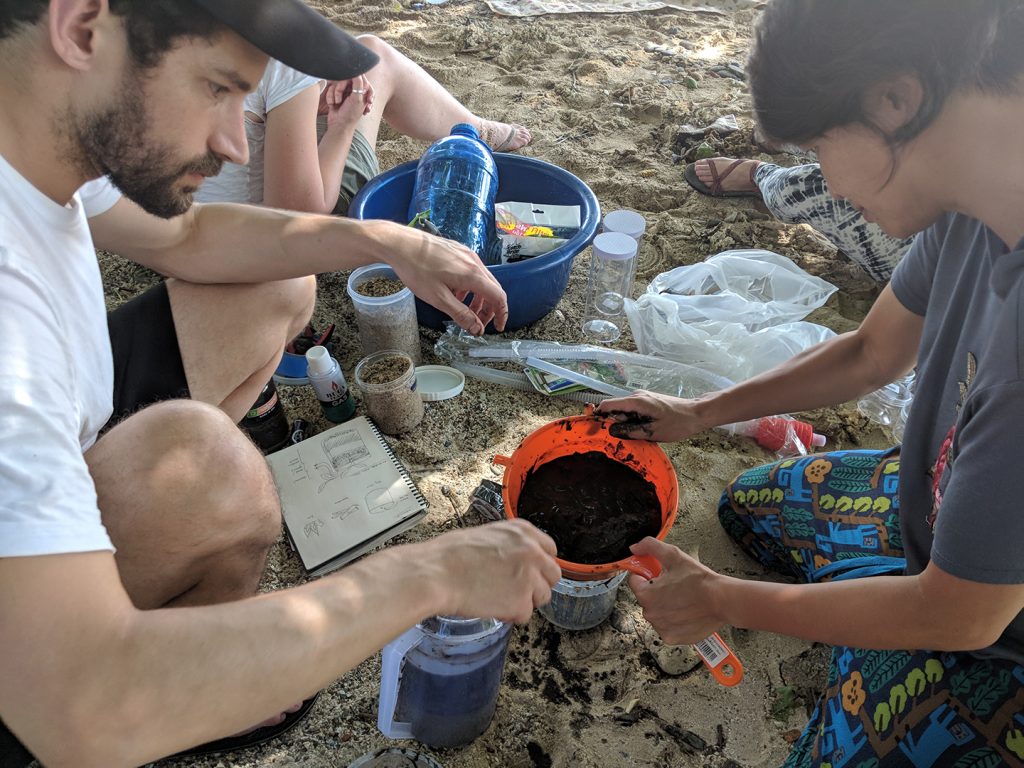 The gathering was Dinacon, the first Digital Naturalism conference and was co-organized by Tasneem Khan and Andrew Quitmeyer. I was a “node leader” which meant that I spent a bit of time reviewing the applications, organizing workshops and spending longer at the event than most. 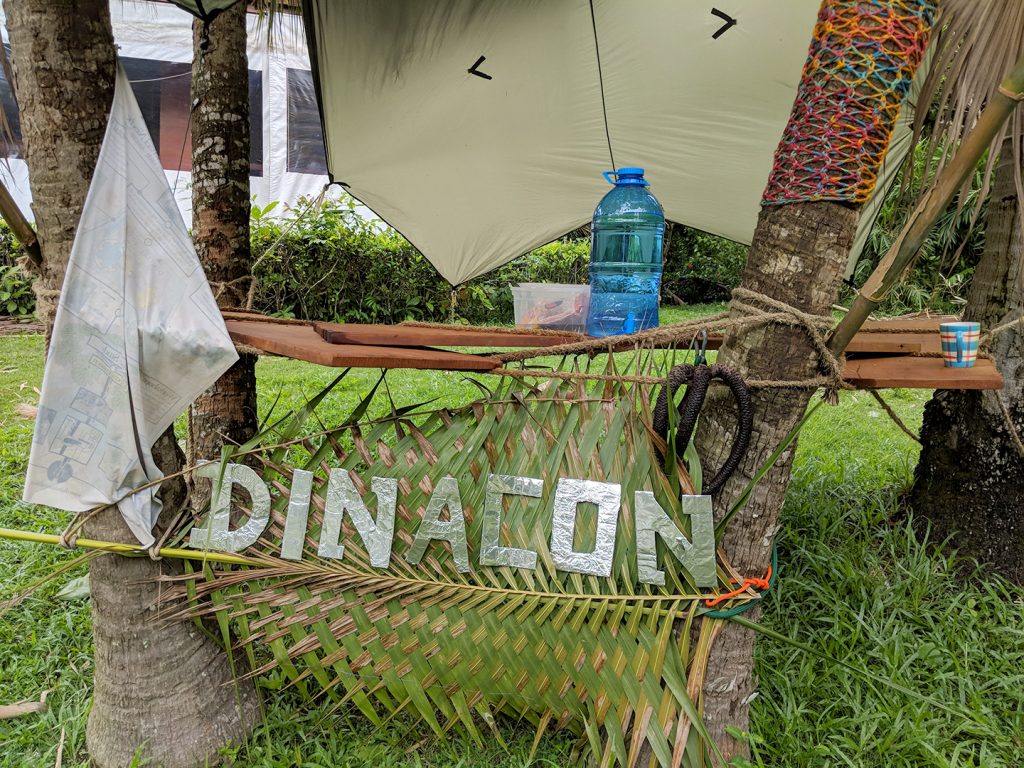 The site was Koh Lon, a small island that is just off the coast of Phuket. We stayed at a “resort”, which was actually fairly minimal and had small cabins, common house or options for tent camping. From the main work area, you walk a few minutes in one direction and you’re on the beach. In the other direction is jungle. There were no cars on the island, a handful of scooters, two hundred or so local residents and not a single dog. The soundscape felt entirely tropical with cicadas, birds and frogs filling the airwaves with their chatter. Our dinner was boated in each day and at the small restaurant we could get the three essentials: wifi (when the power was on), breakfast + lunch, and beer. 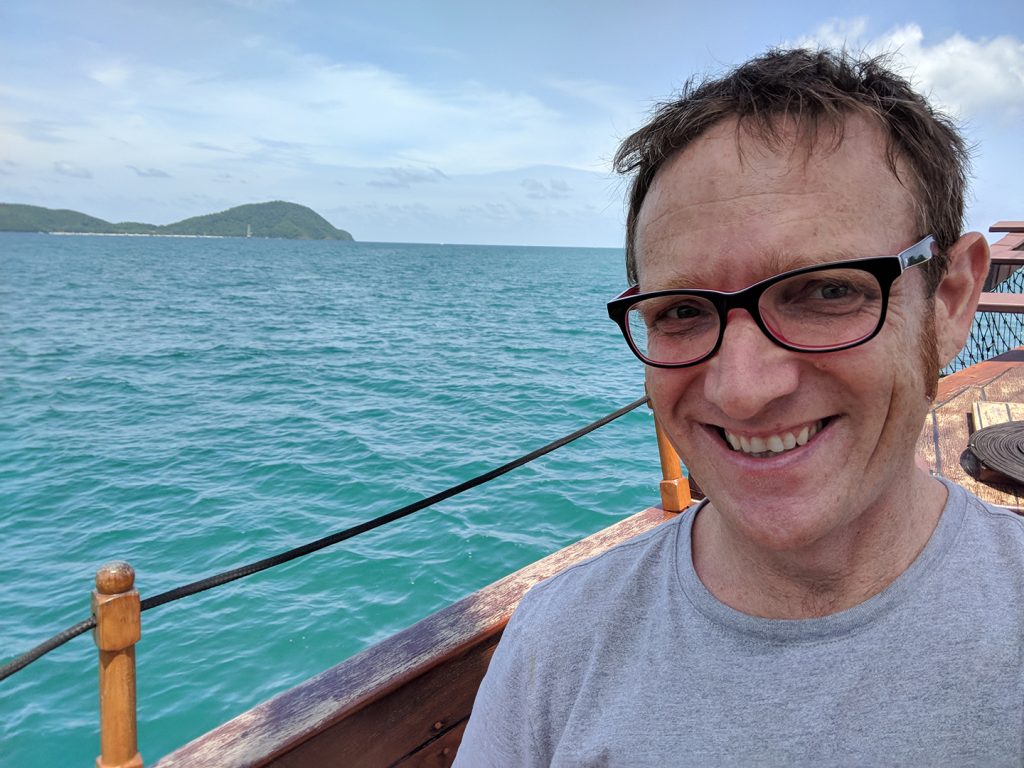 Selfie with Koh Lon in the background

The participants came from all over the world and arrived and left at random times such that there was constant inflow of new friends and outflow of sad goodbyes. Each day, we had about 40 people on the island. I could nerd out on my project, kayak in the water, take a break on the ship that we had access to (Diva Andaman), find myself sitting in a chair sharing ideas, play with hermit crabs or get away from everyone and walk in the jungle. Helping one another was something that effortlessly emerged in our temporary community. 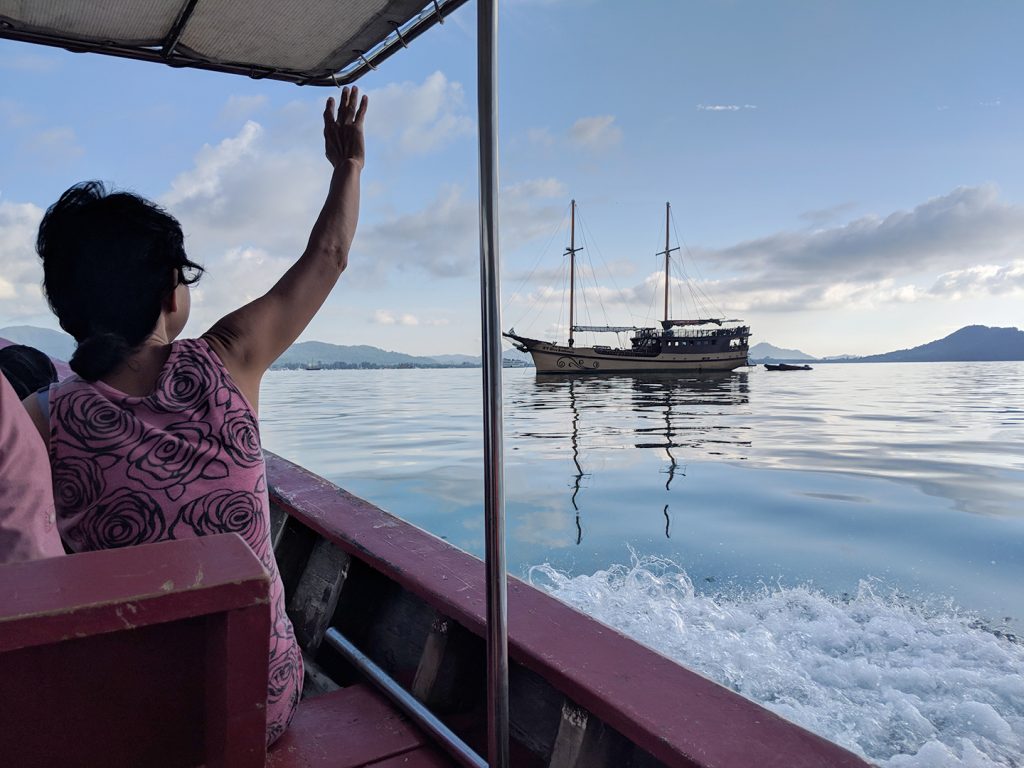 Saying hi to the Diva Andaman

Questions that I asked myself upon arrival was will happen when you assemble a group of project-creating strangers in a natural environment, where you can take a break by putting on a pair of swim trunks and walk into the ocean? What does building things in on the island with its outdoor space and natural light do to your creative practice? How can I prototype an artwork that collaborates with this specific place?

I quickly became a lot less efficient and much more connected to people and place. I ended up creating better work and my body was utterly relaxed. Any shoulder pain I might have in an office space dissipated quickly. There were no Google calendar invites, no afternoon soy lattes and certainly no eating at my desk.

I found myself in daily arrhythmic patterns of production, often sitting on my neighbor’s the porch with headphones on and composing audio synth code, then stopping suddenly and reveling in nature. I would get interrupted to see a tree snake or find myself lost in conversation with someone’s project. In the evenings, we usually had self-organized small workshops or informal talks. I drank beer sometimes but also often went to bed early, worn out from the humidity and brain swell each day. 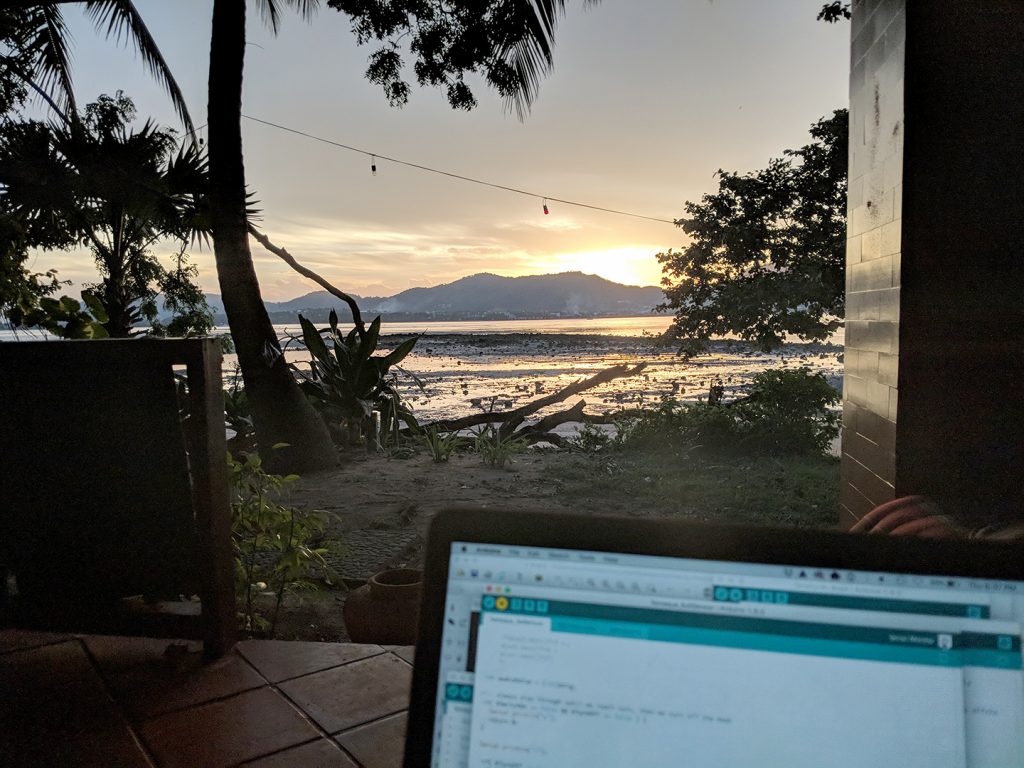 I did make a thing! This experiment — a potential new artwork has a working title of DinaSynth Quartet. It is a live audio-synth performance between a plant, the soil, the air and the water, which is an electronics installation that is designed exist only outside. I connected each of these four “players” to sensors: plant with electrodes, ground to soil sensor, water to EC sensor and air to humidity.

Each one used a variation on my Sonaqua boards — a kit which I am actively using for workshops — to make a dynamic audio synth track, modulating bleeps and clicks to their sensor readings, creating a concert performance of sorts.

I’m not sure exactly where the work will go next, but I’m happy with the results. It was my first audio synth project and I’m far from being an expert, calling my approach “beginner’s mind”. However, most of the participants liked the idea and the specific composition that the jungle played.

I already miss everyone there: Jen, Tina, David, Rana, Pom, Sebastian and so, so many other delightful friends. And this is one thing I love about the life I’ve created for myself as an new media artist: after events like this, I now have friends who are doing inspiring work all over the world. 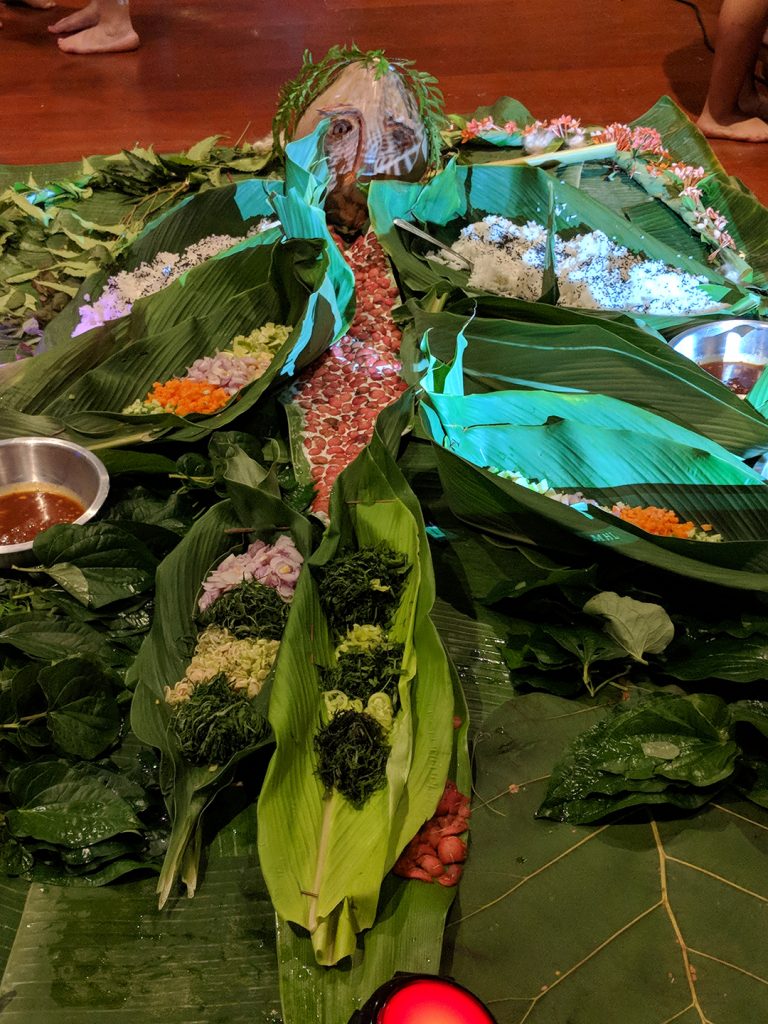 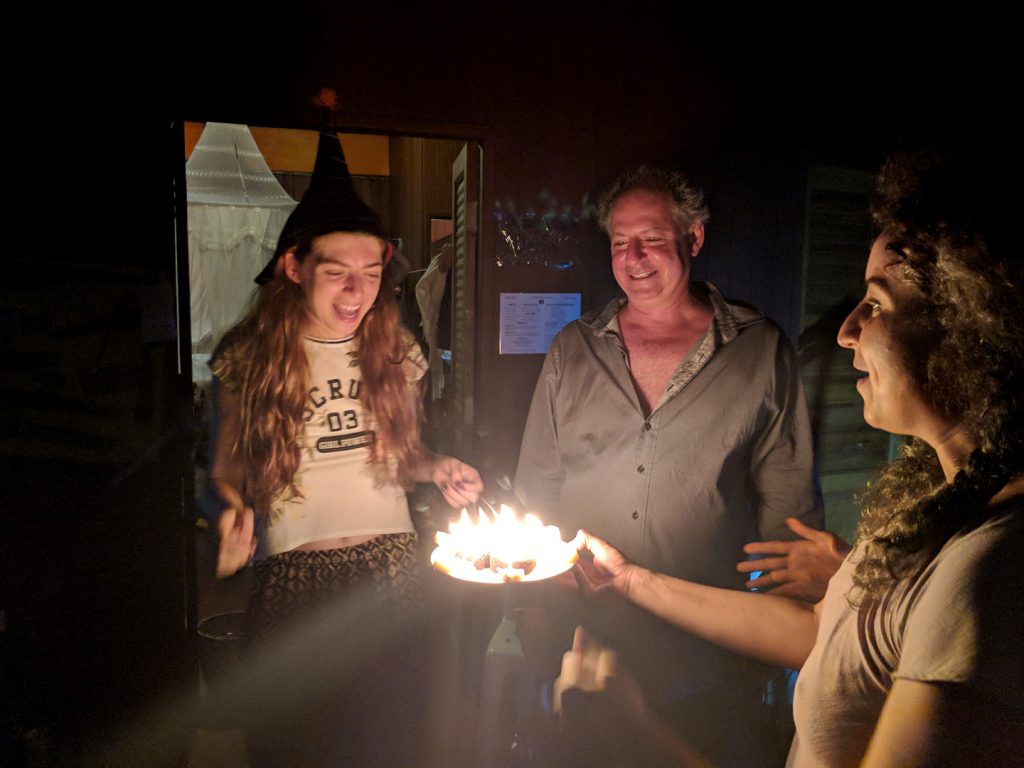 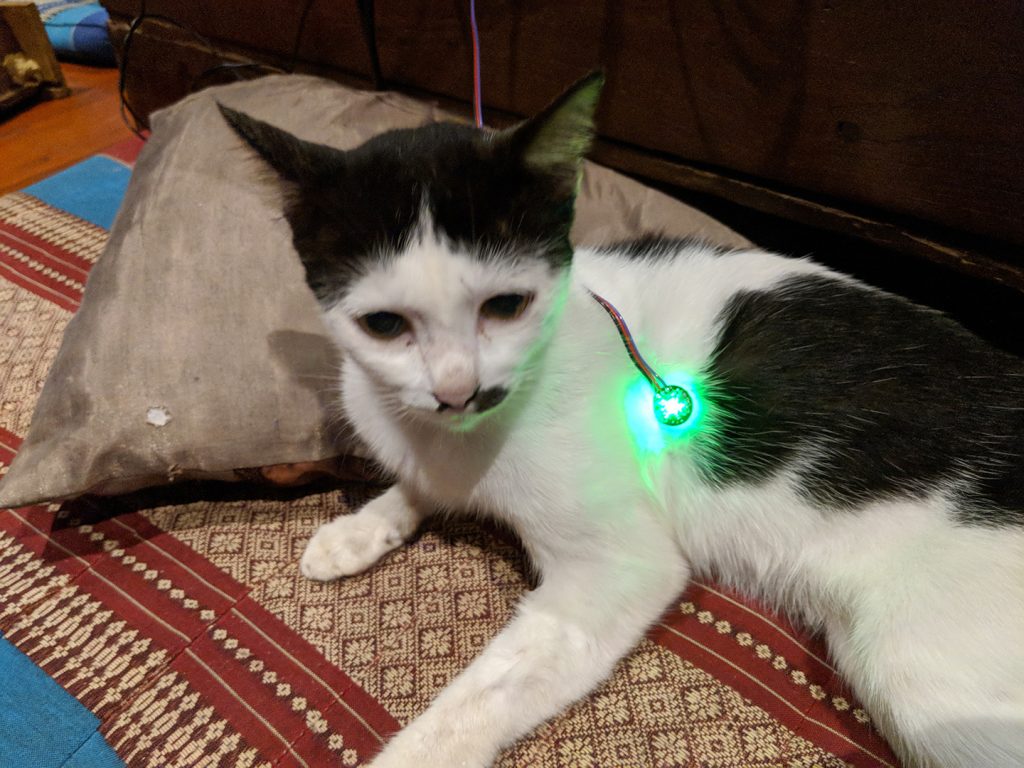 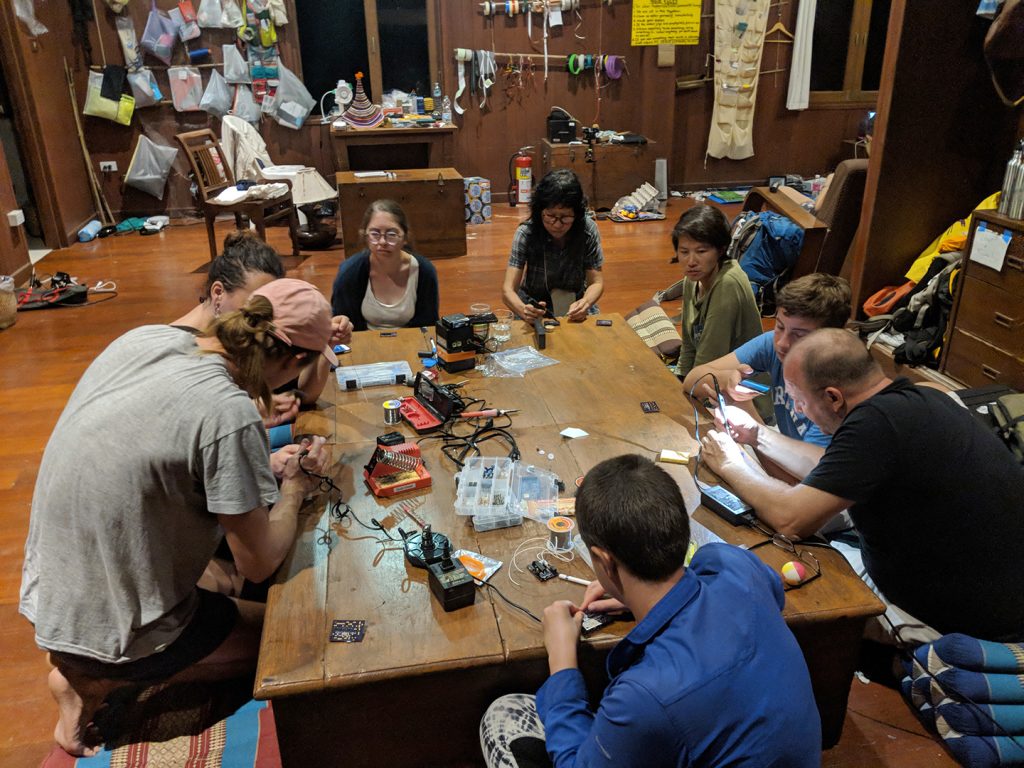 Sonaqua Workshop in the common space 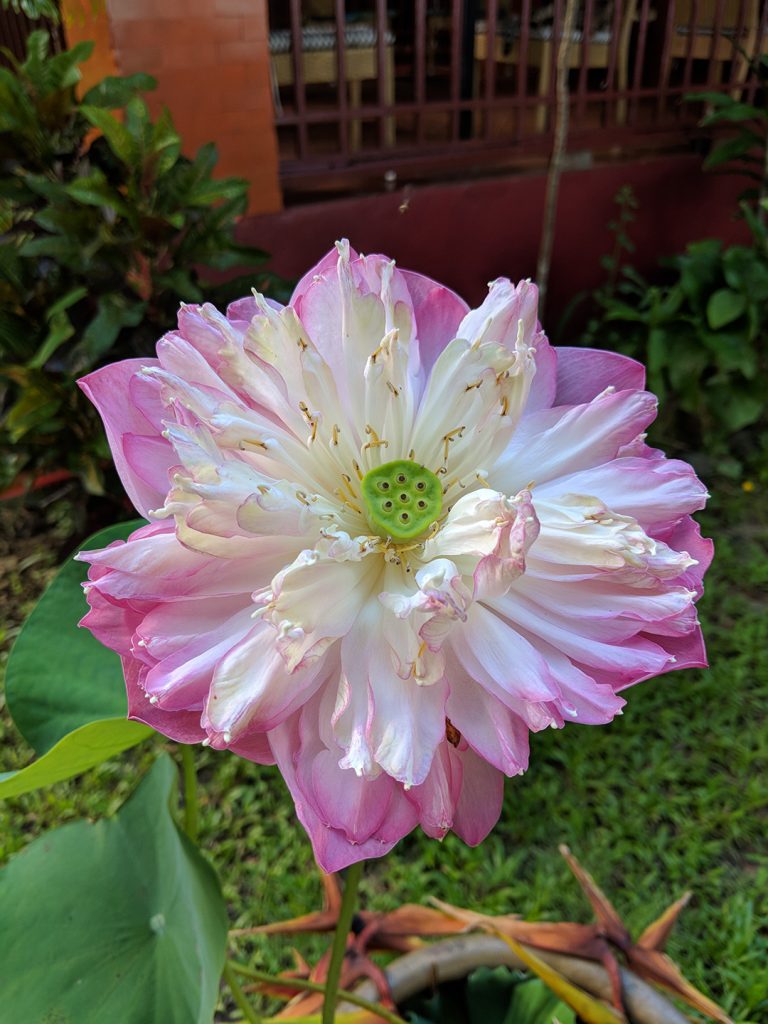 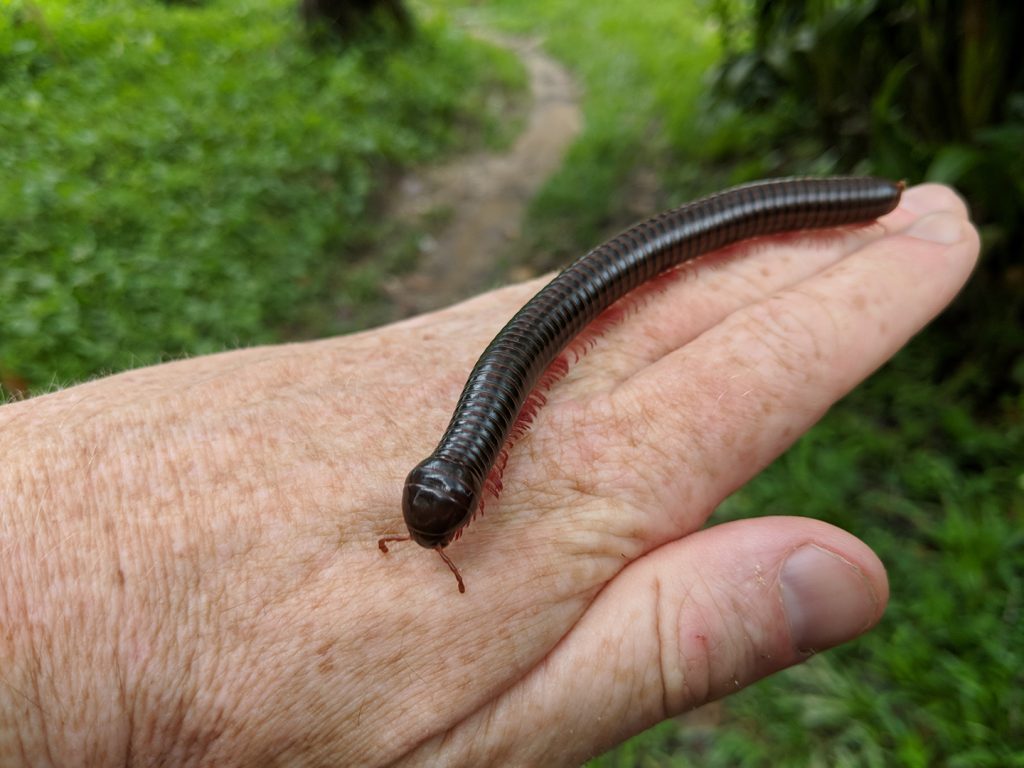 Soldering work in the main space 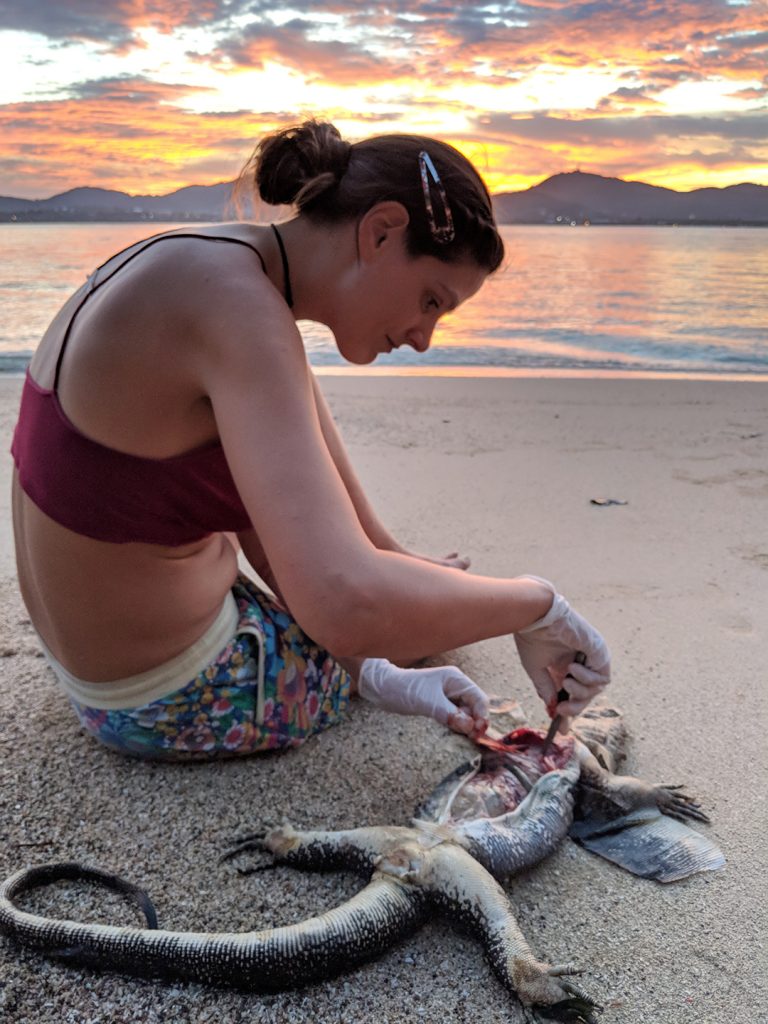 Dani doing a lizard dissection on the beach at susnet 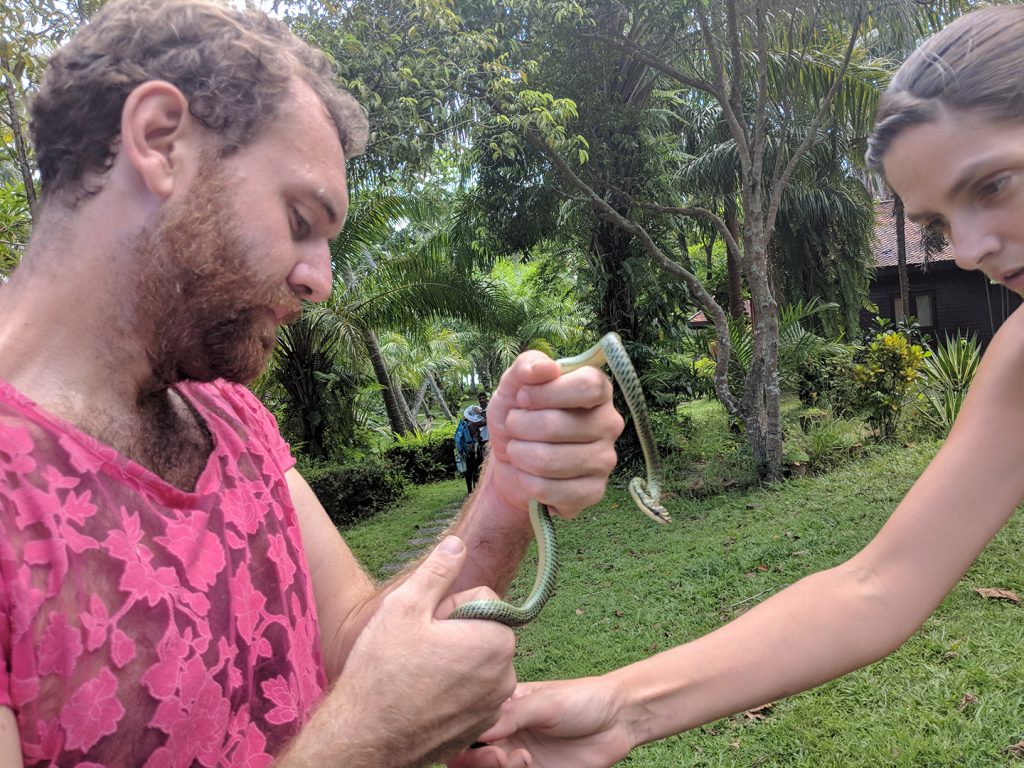 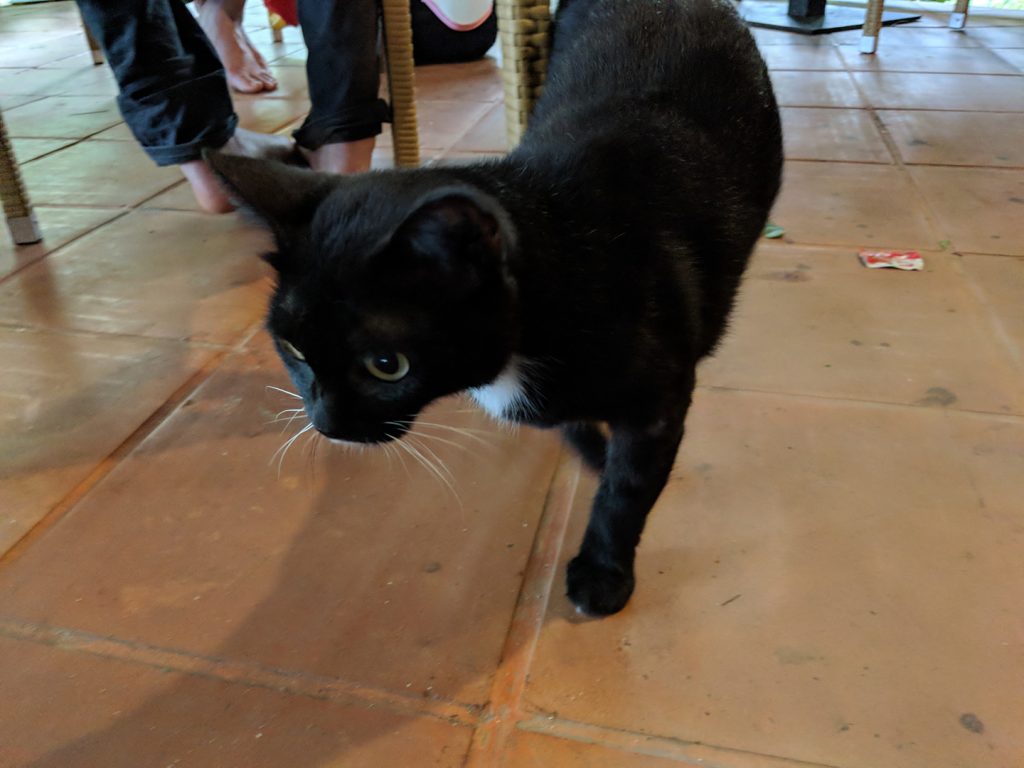 Little Niko, my favorite of the Dinacon Cats