When you get to a new place, take a long walk. This is essential to ground yourself in that space. Rebecca Solnit writes about it; Guy Debord speaks of diverting the stream of capitalism with it; Richard Long incorporates it into his art practice.

Just after unpacking at a new art residency Water Rights at the Santa Fe Art Institute, I went on a walk up the Santa Fe River with two of my fellow residents, Christina Catanese and Megan Heeres.

Santa Fe is a new place with new people. Before jumping into studio practice, which can be a crutch for compulsive art-making, I wanted to engage with the physical environment. At the residency, the purpose will be to open the mind and the art practice.

We started at Frenchy’s Field and walked up the riverbed itself towards downtown.We walked, talked and observed. 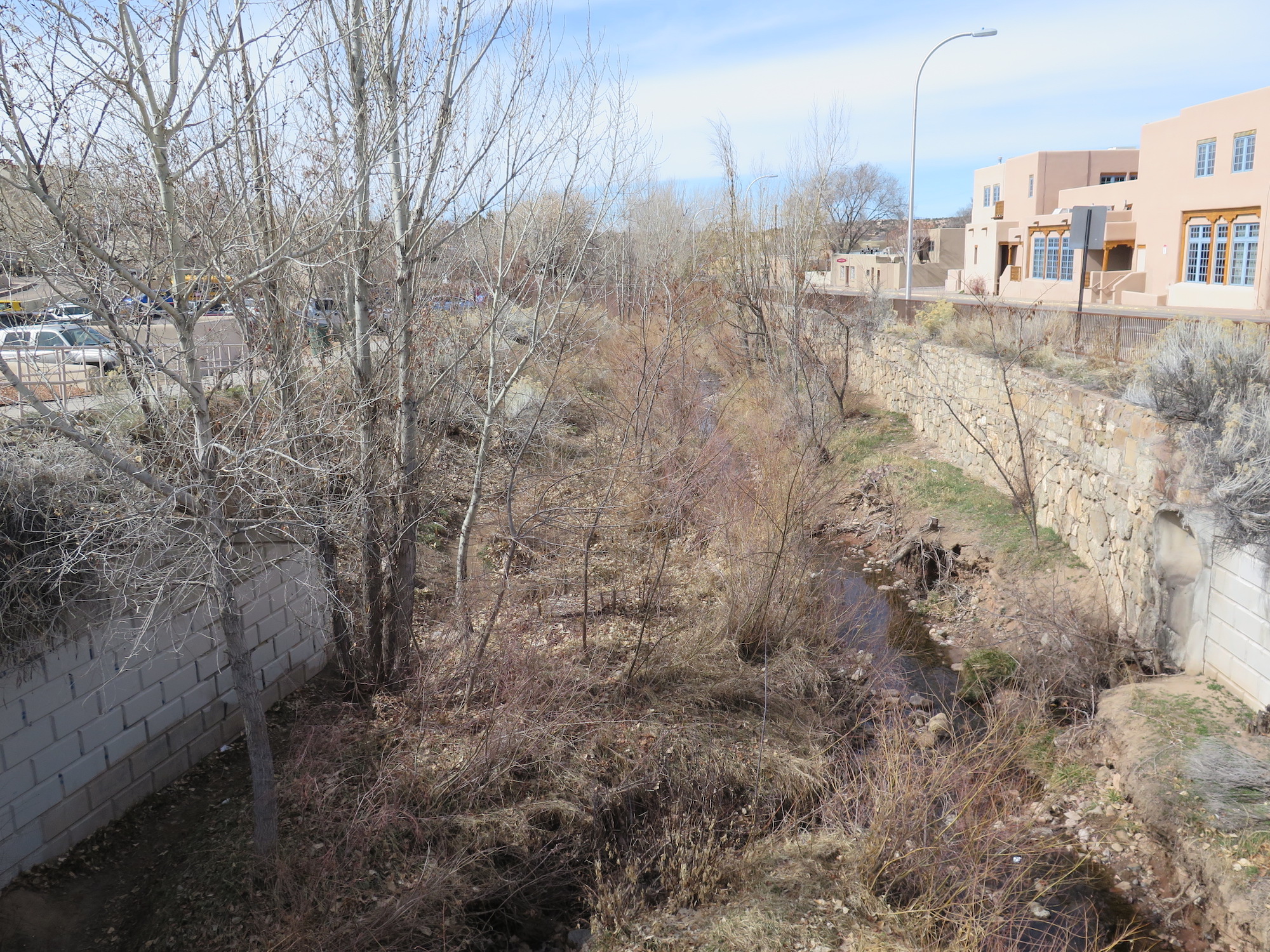 At the head of the trail was a poem kiosk with laminated sheets of poetry and a little shelf full of rocks. The riverbed here was dry and sandy. 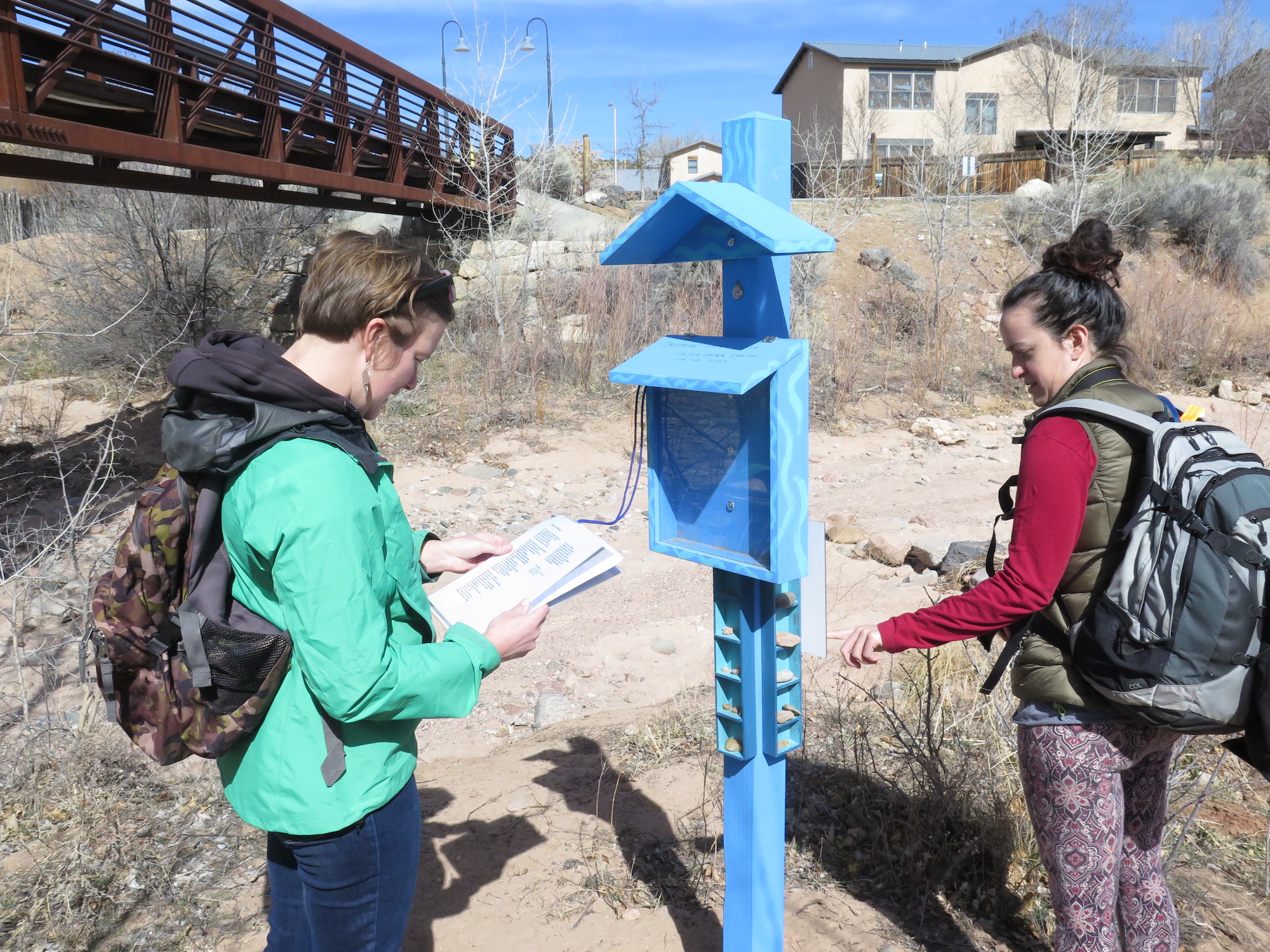 We began walking in the bed itself. Christina is a trained hydrologist and Megan knows much about plants.I know a little bit about geology after my Strewn Fields project. 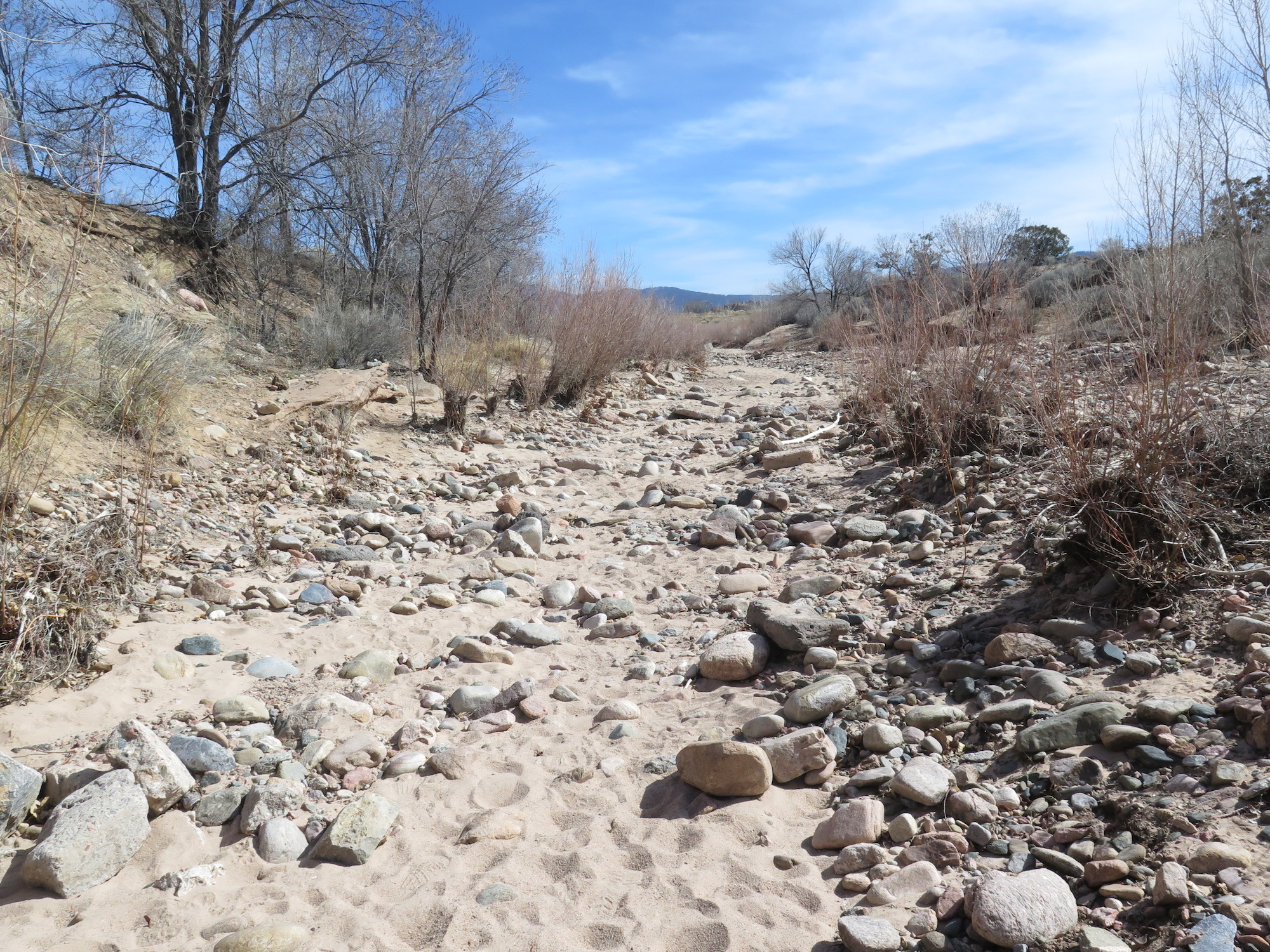 At the start of the walk, we encountered a collection of heart-shaped rocks, obviously put here by humans. I love this organically-generated “land art”. 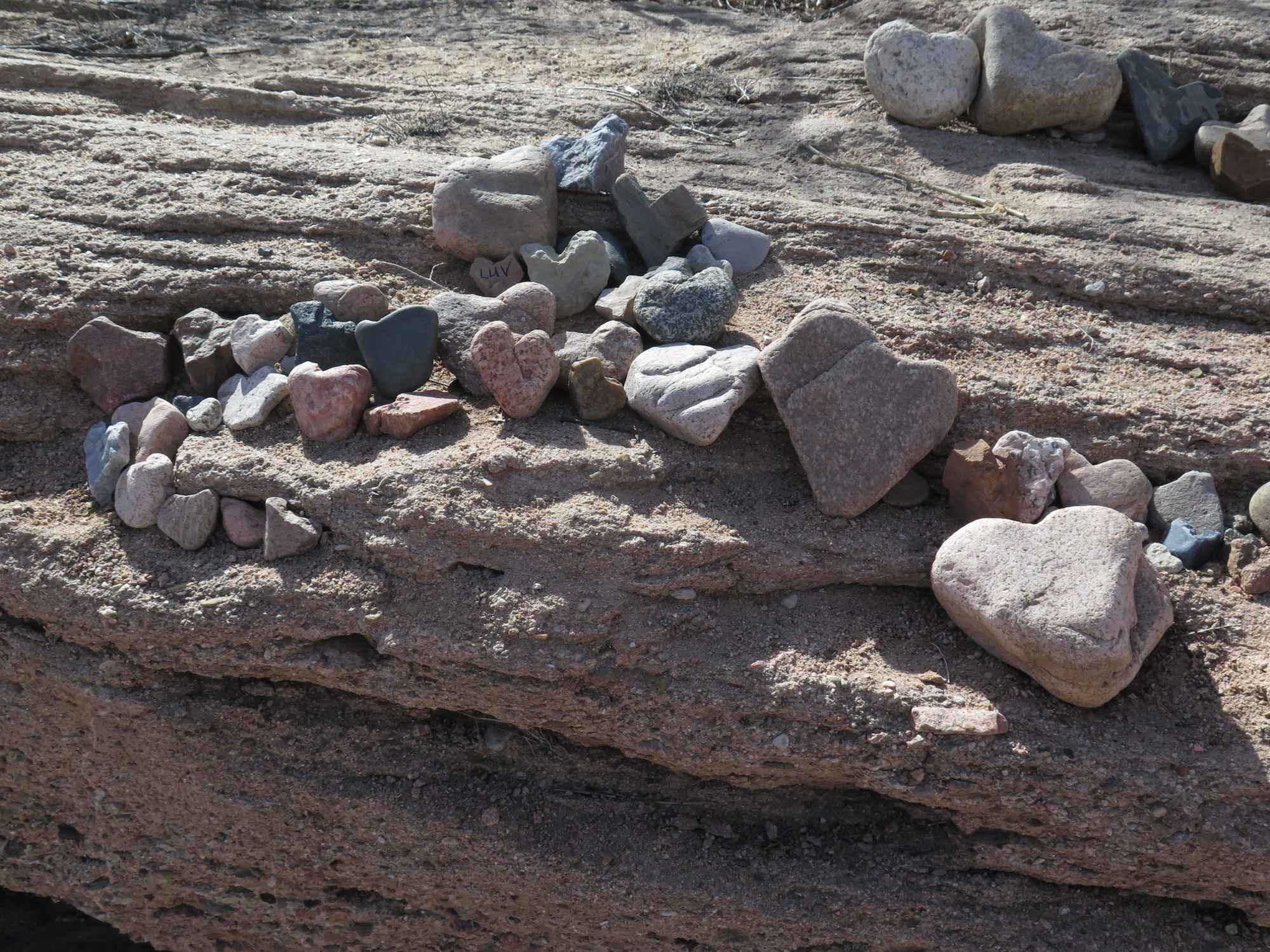 We wondered why these large rocks were stacked this way. Was it for humans? Or for the river? Christina later determined that it was to control the river flow, as future steps required tricky traversals. 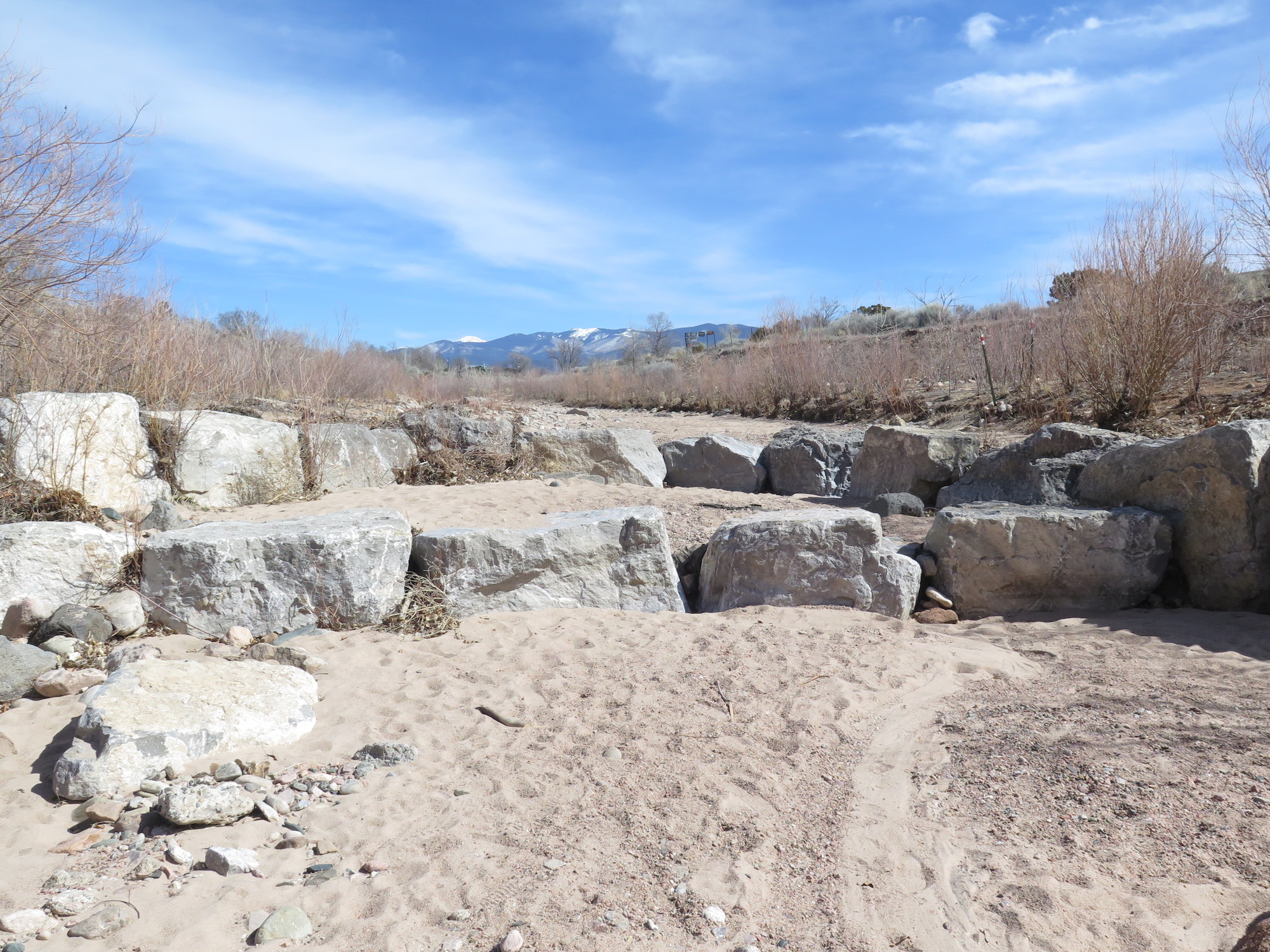 Here I am with a backpack full of branches that I collected. Im specifically intrigued by the Salt Cedar, which is an invasive species that was brought to the area many years ago as a wind break for agriculture. Ooops, as is often the case, the introduction of a new species created more problems than it solved. The salt cedar is a water-sucker and consumes the areas most precious resource. 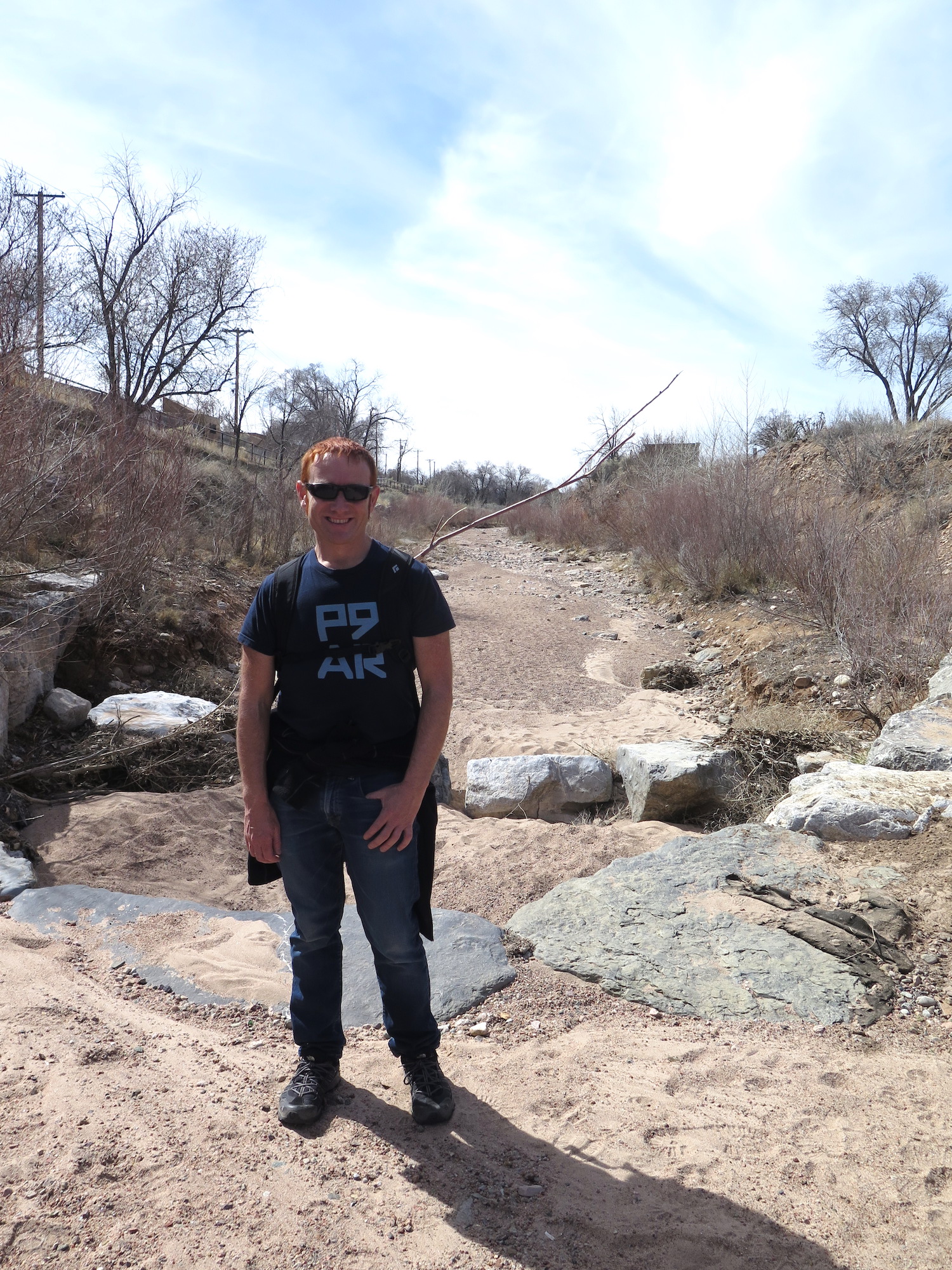 Here is the “rock penitentiary” maybe these rocks were bad and had to be put behind fencing. 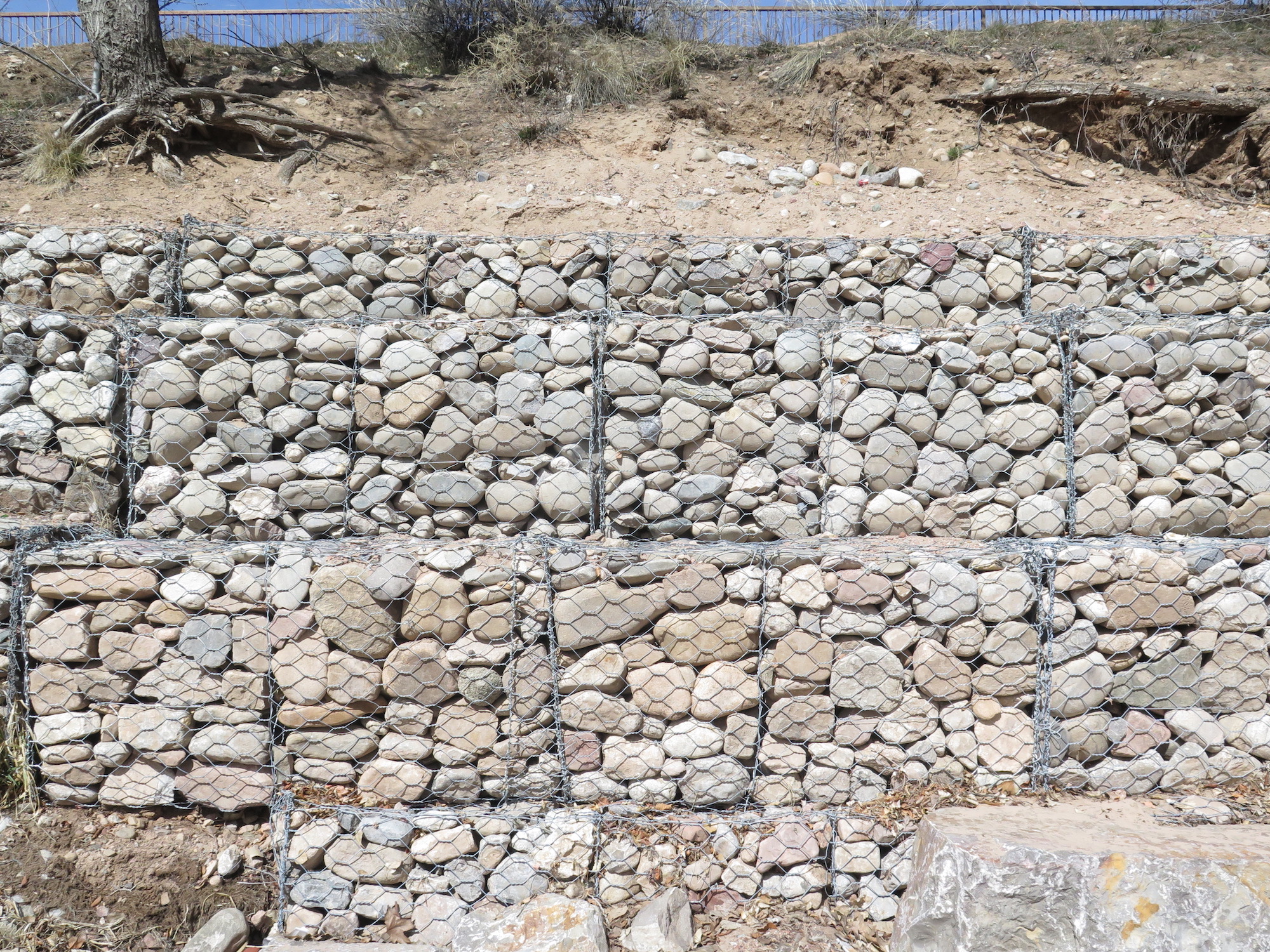 And here is a rock that escaped. Fly away, be free! 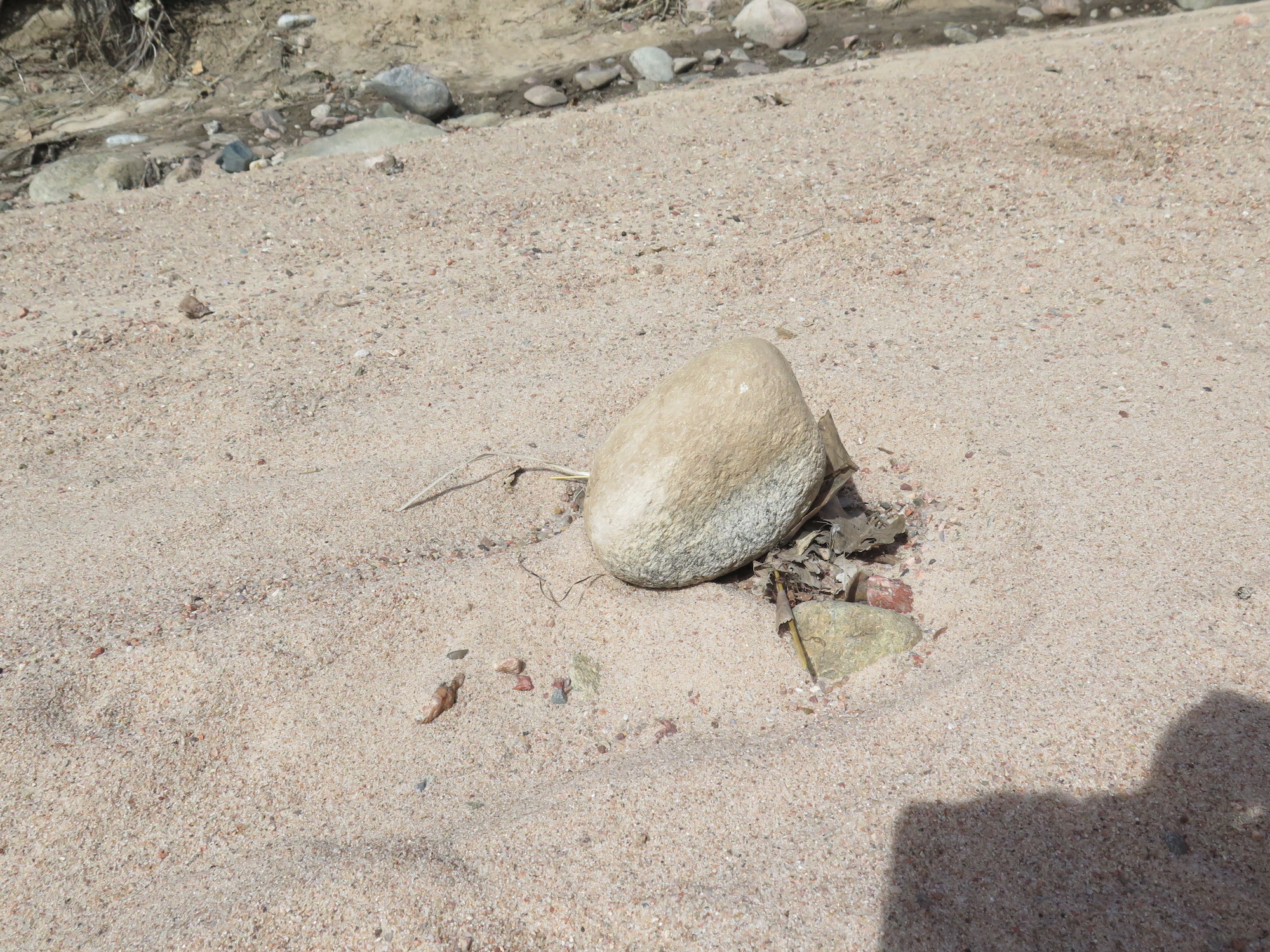 Under a bridge, we found a rope swing. Wheeee! 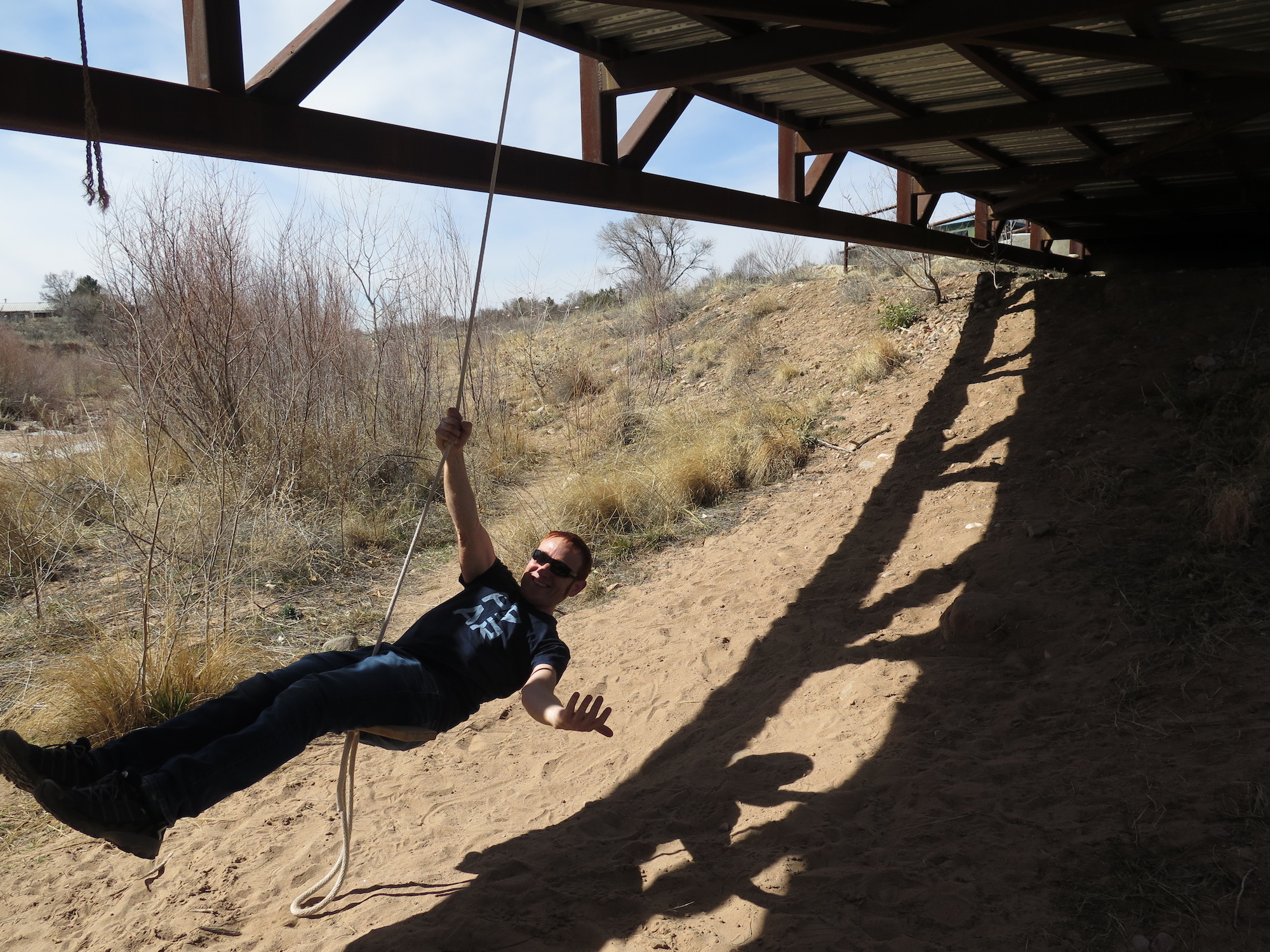 As we traversed further, the salt cedar thinned out and we saw various grasses along the banks of the (dry) river. 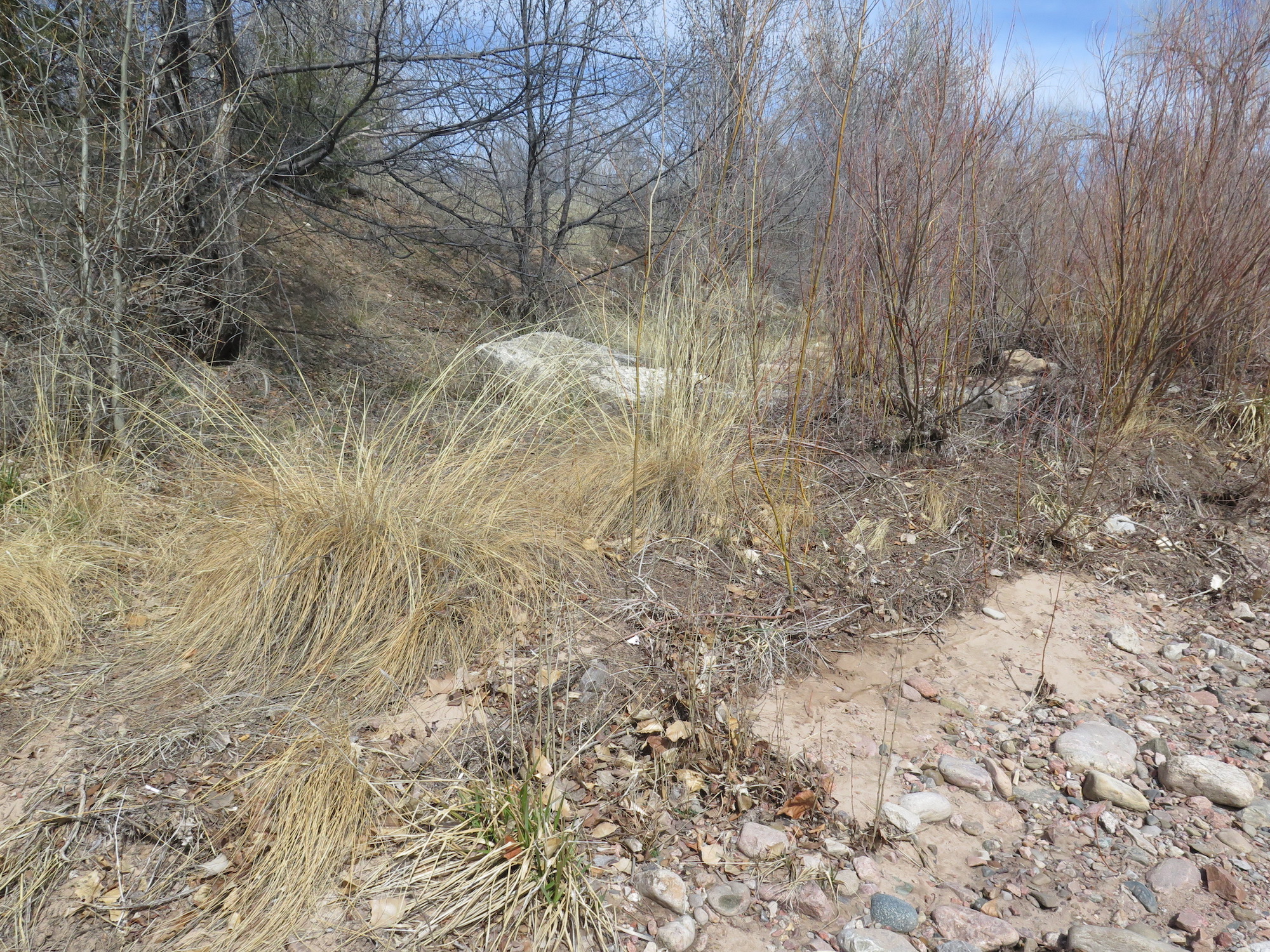 And I found my own heart-shaped rock. A beautiful specimen, which looks like two geological samples that were grafted together. 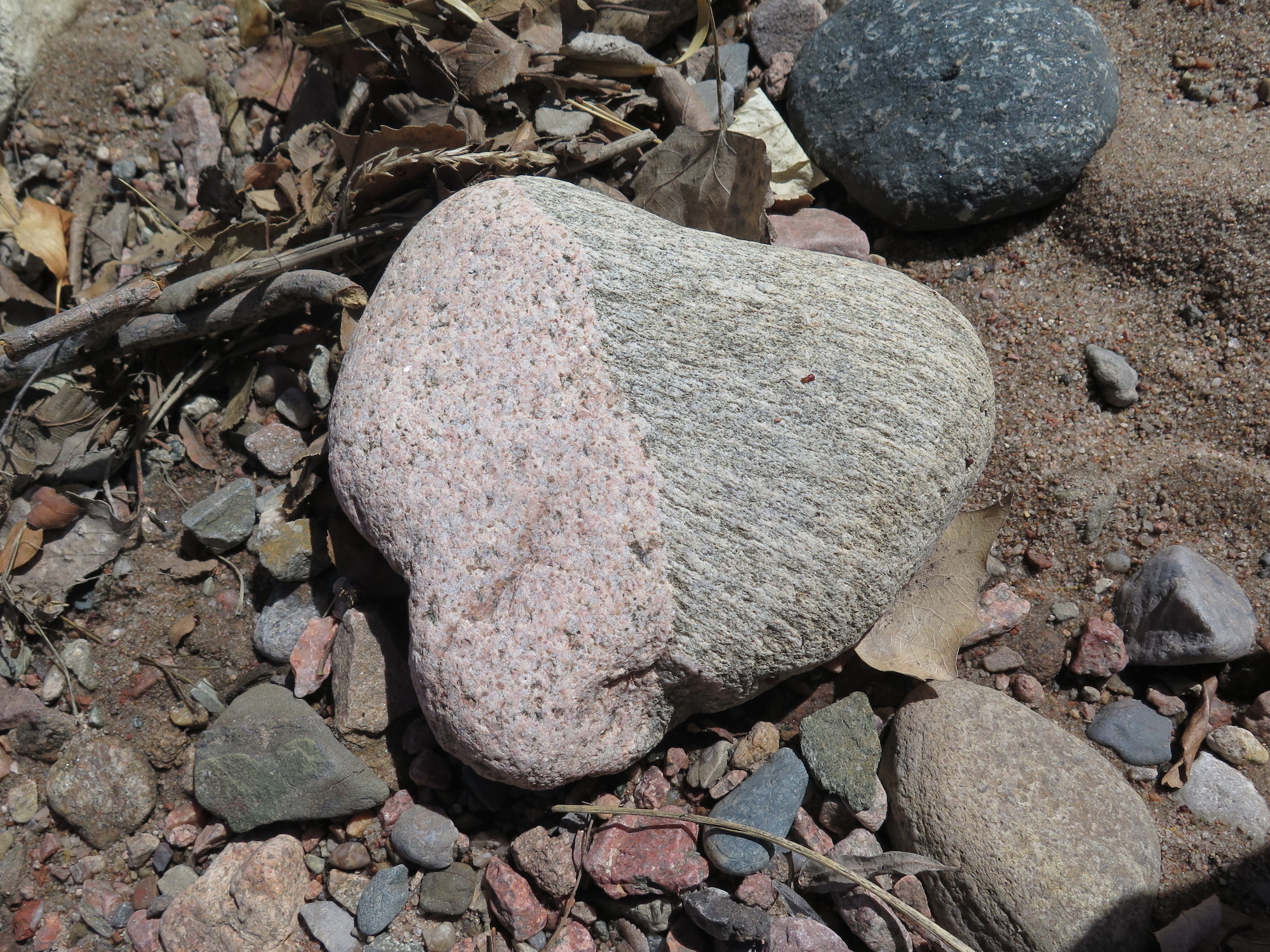 We took a side path and disturbed two birds of prey who had been feasting on this treat. 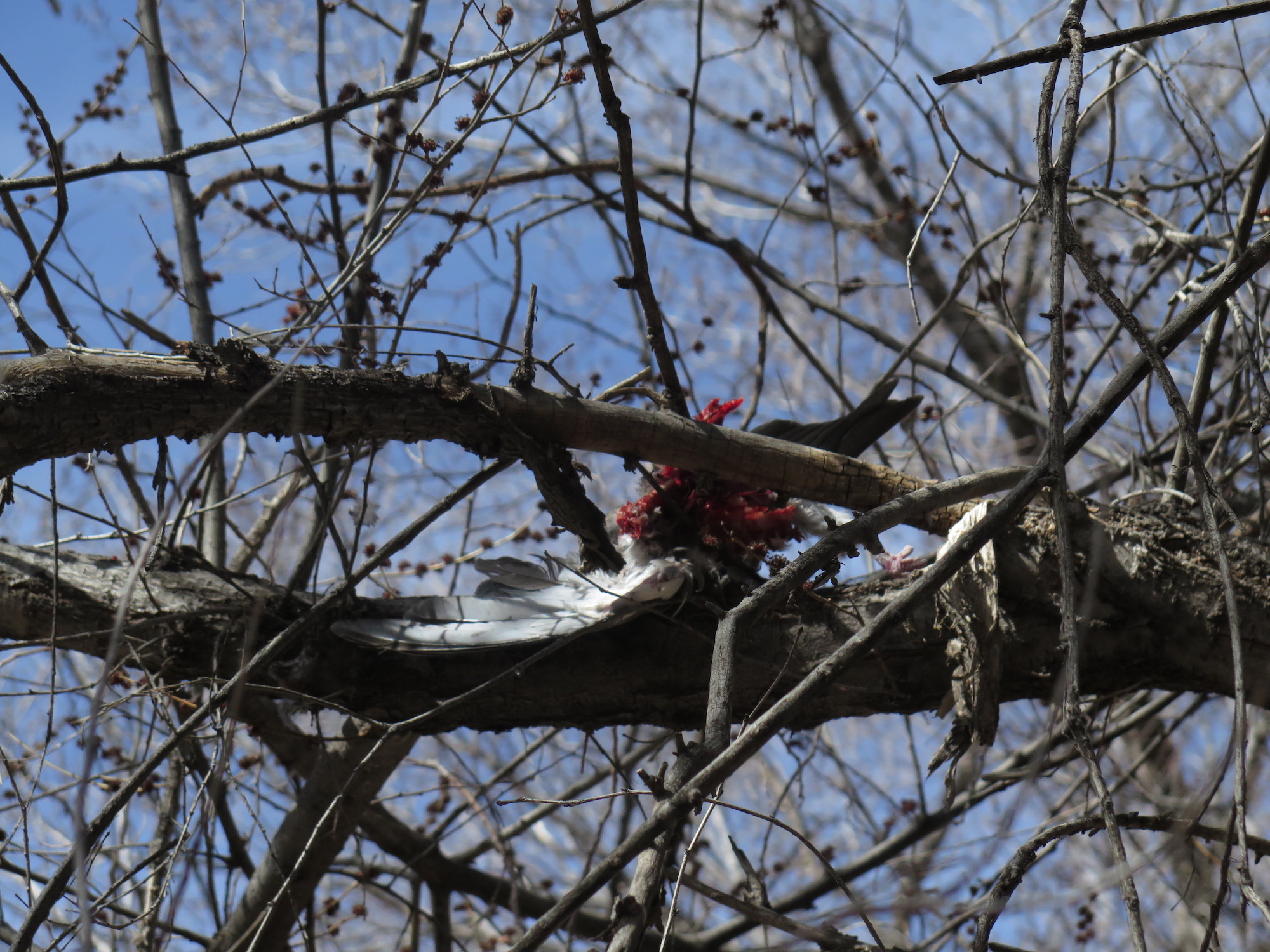 Around the mid-point of the walk, we started seeing icy formations. 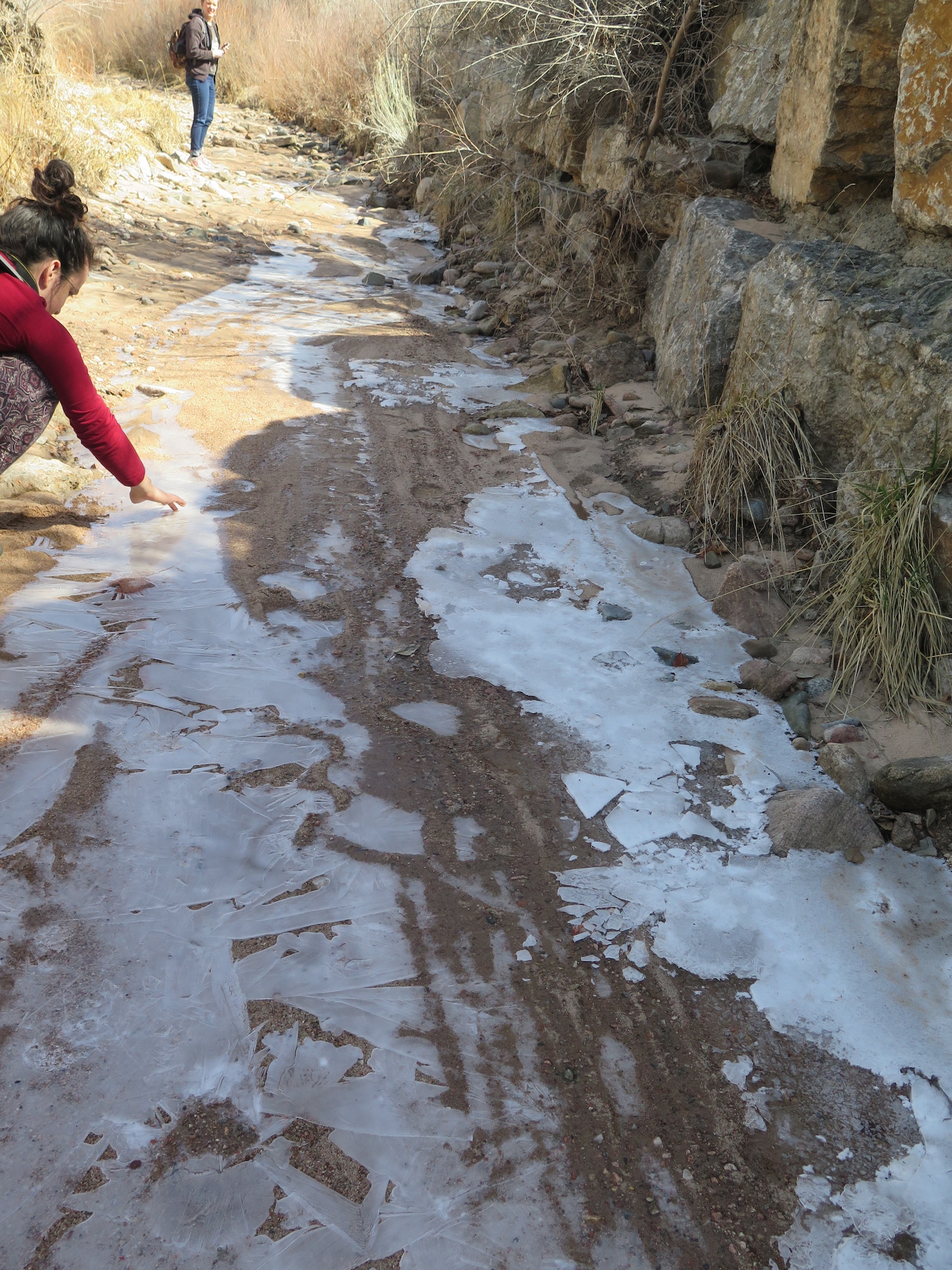 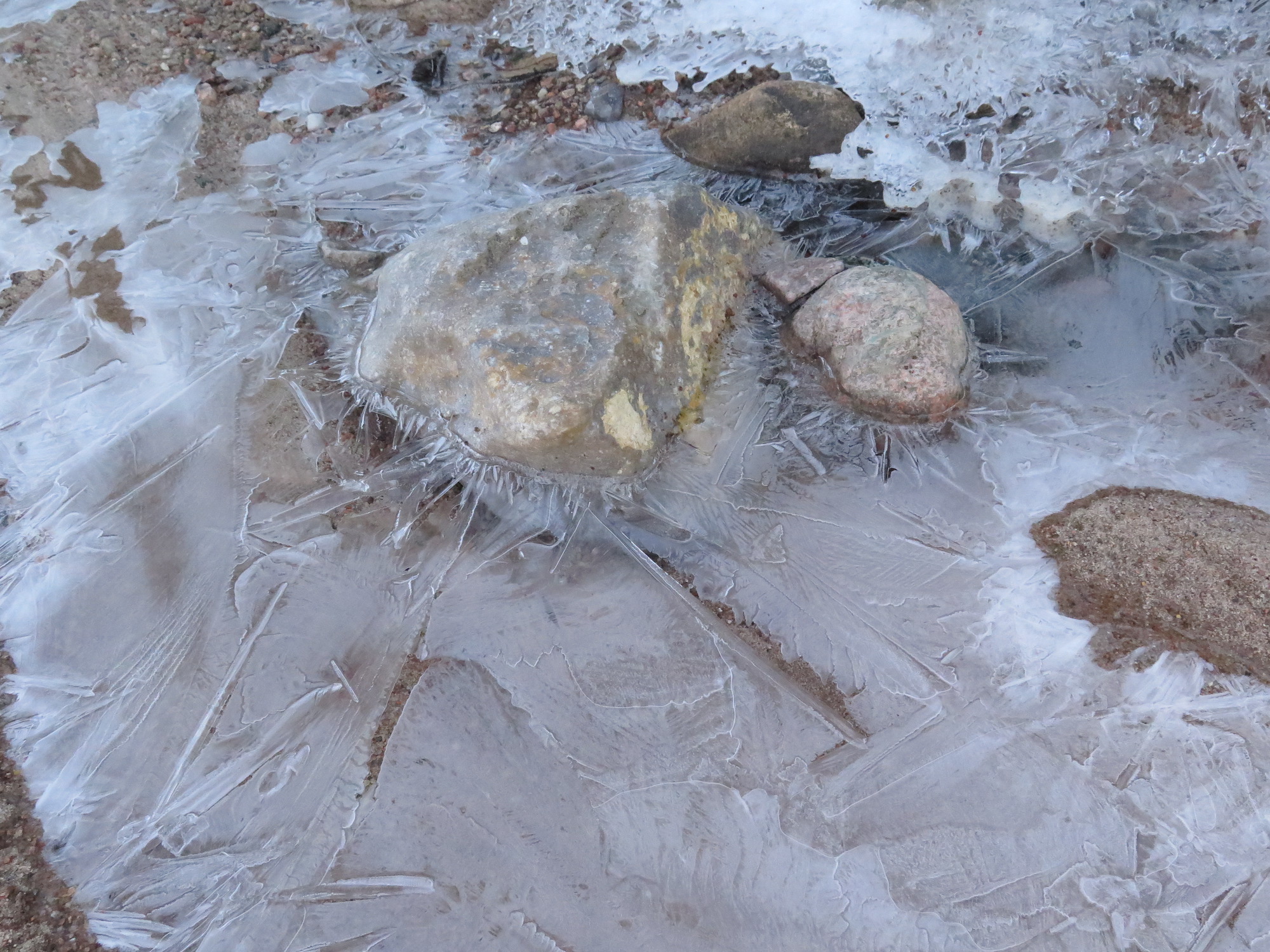 And the ground was damp. We noticed various animal prints. What was this? I still do not know. The front foot matches the hind foot, which seems like an odd walking pattern. 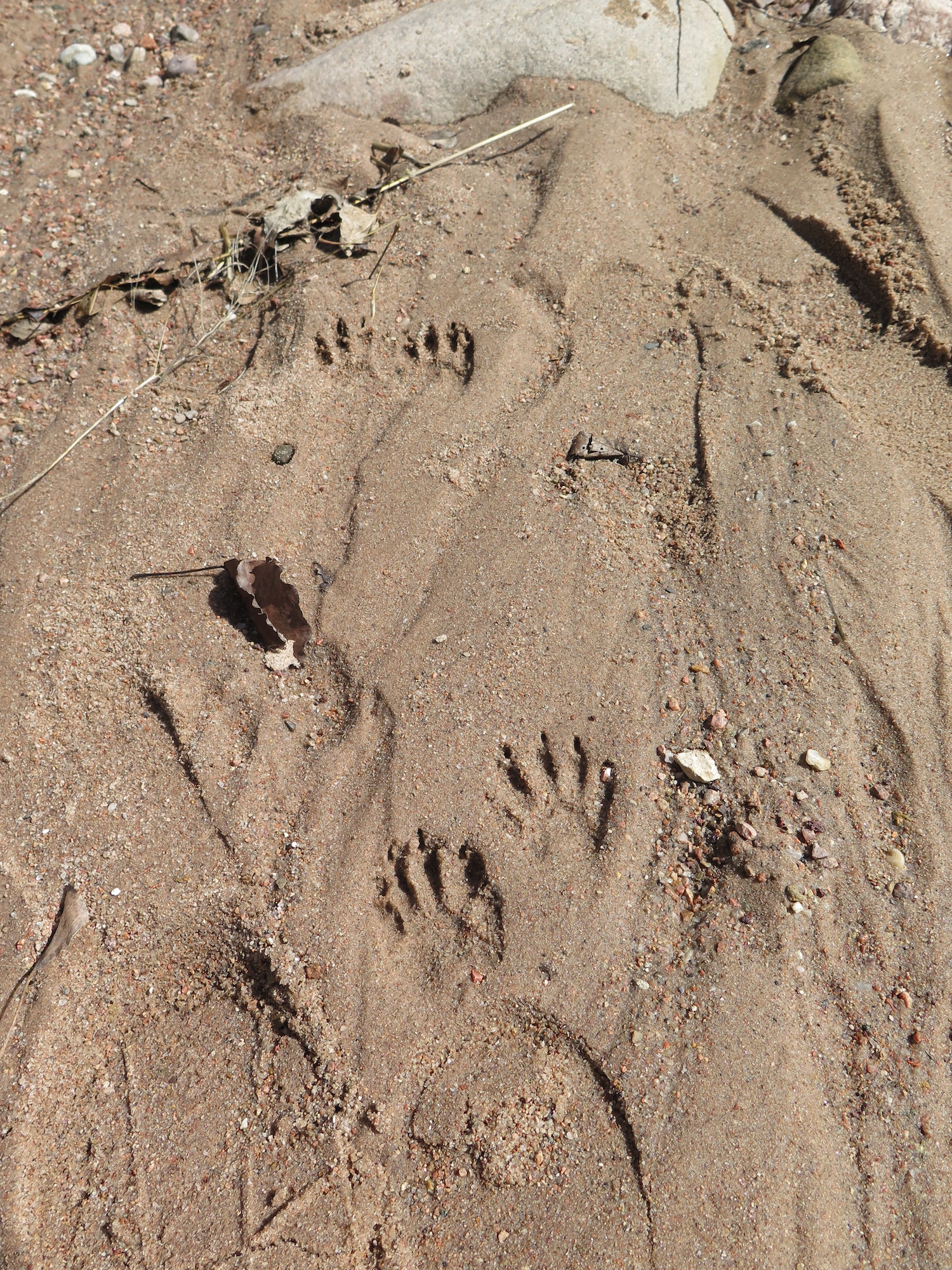 Finally, we began to see actual water with this miniature waterfall. 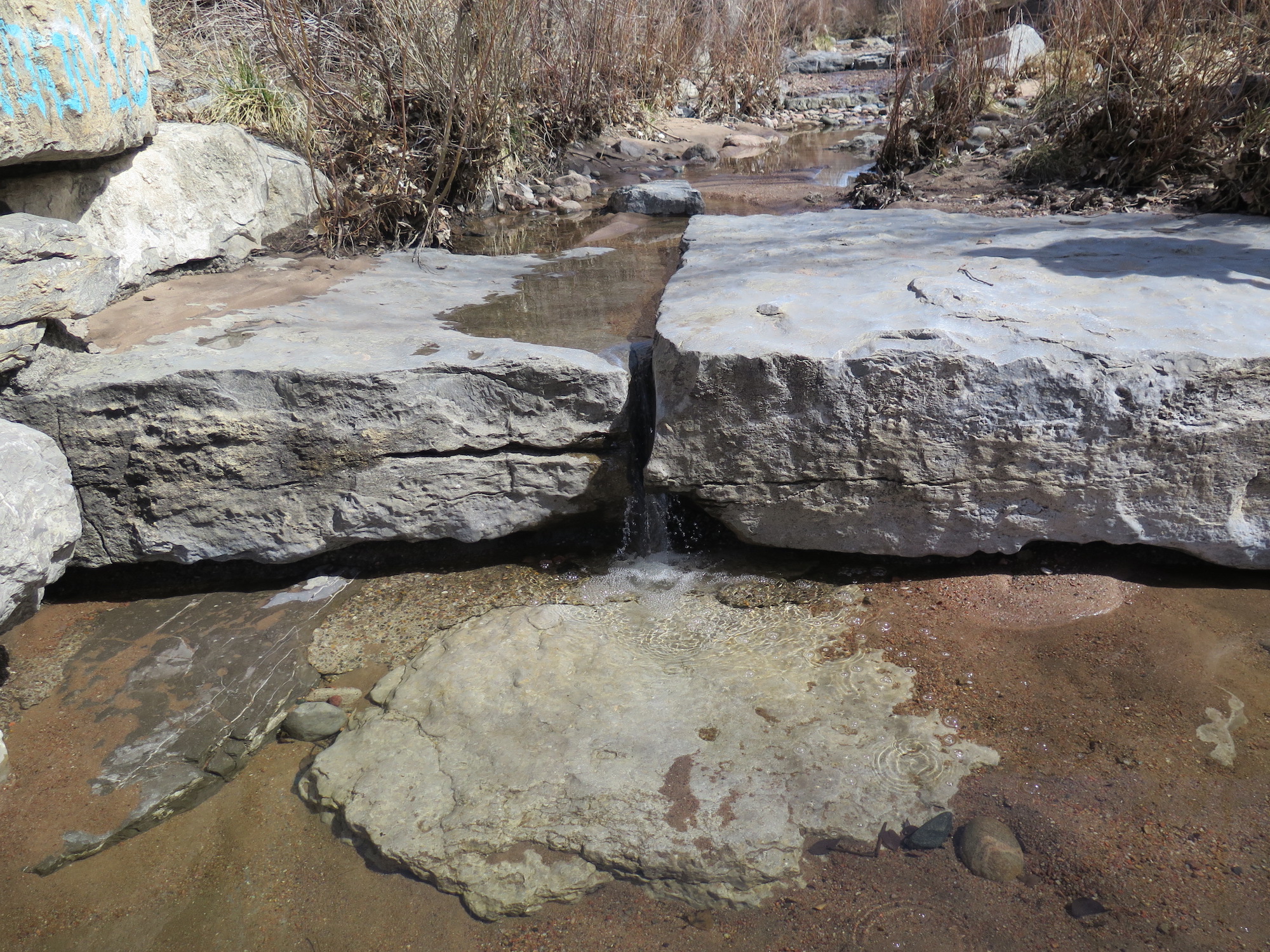 As we approached downtown, there was more and more human-generated waste. 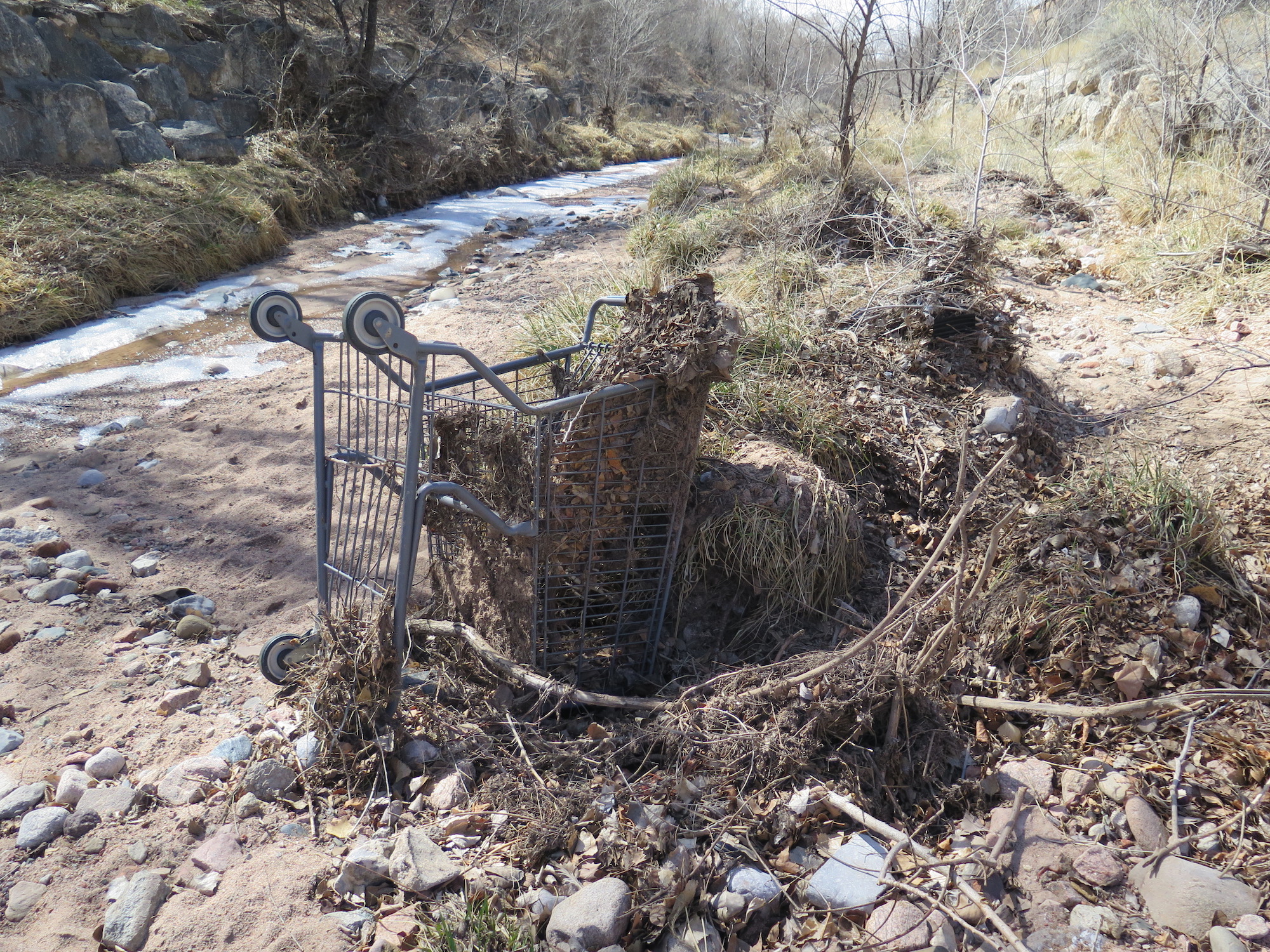 And one shoe? Who loses a single shoe? 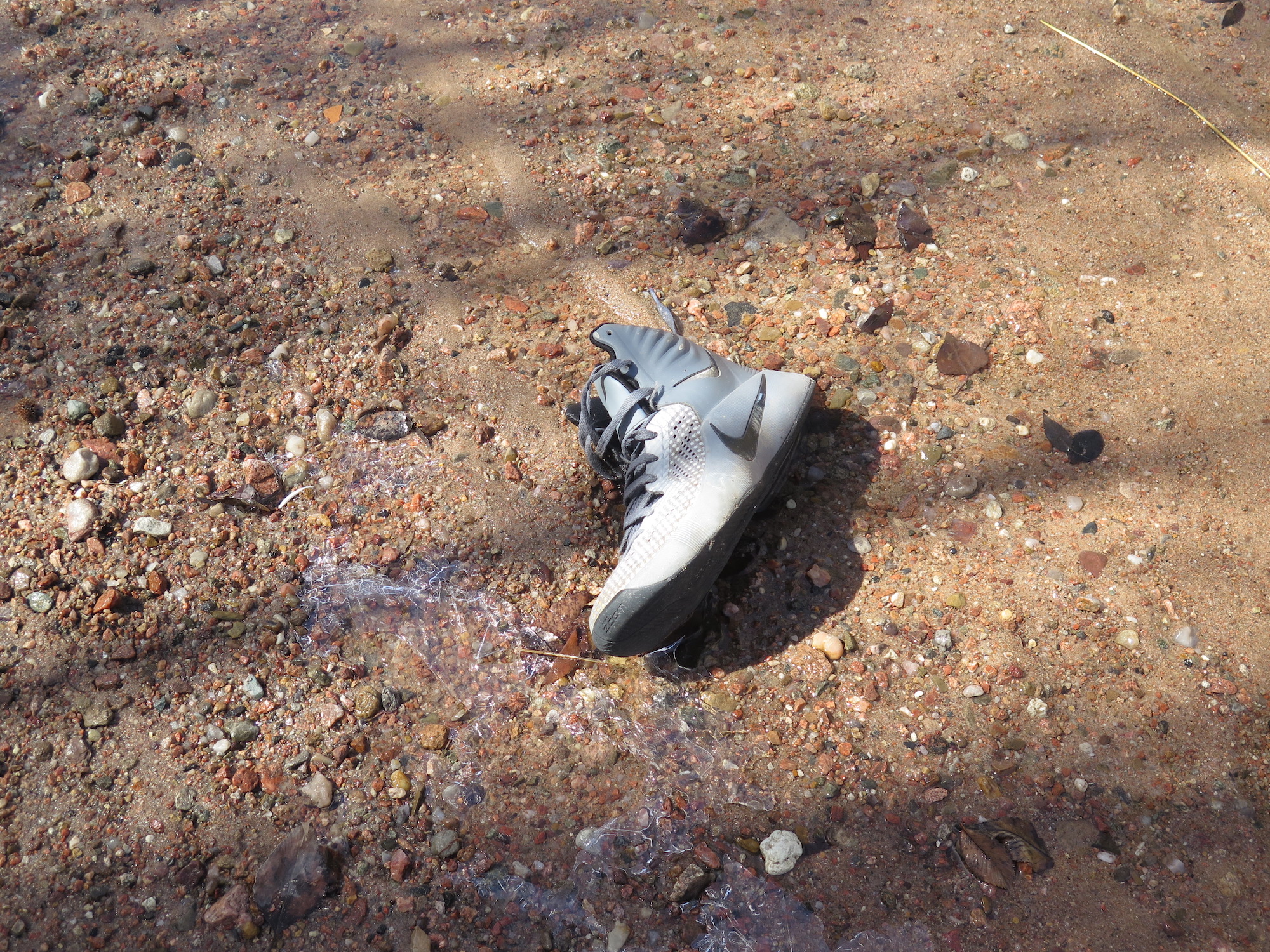 At the end of the walk was a patch of rainbow in the sky.

Movies about Water Views from 9000 feet
Scroll to top