We are making good progress on the Open Video Sync project. It’s buggy but the syncing code works! 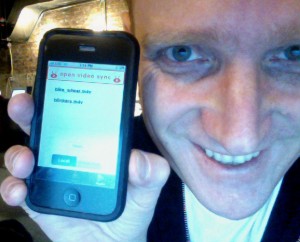 After some thought about how to best make this available to a wide set of users and support some of Apple’s undocumented APIs â€” ones that are basic like pausing a movie or playing it back on an external device, (see this thread for the geeks out there) we have decided to release two versions of Open Video Sync, one for App Store which will be a slimmed-down version and one for the Cydia Store â€” forÂ jailbroken phones, which will be a full-featured version.

I’m still disappointed with Apple and their closing down of the iPhone. But apparently I am just one of many.