Art in Space is the first art exhibition in space, which was created in conjunction with Autodesk’s Pier 9 Creative Workshops and Planet Labs, a company which dispatches many fast-orbiting imaging satellites that document rapid changes on the Earth’s surface.

For this exhibition, they selected several Pier 9 artists to create artwork, which were then etched onto the satellites panels. Though certainly not the first artwork in space*, this is the first exhibition of art in space. And, if you consider that several satellites are constantly orbiting Earth on opposite sides of the planet, this would be the largest art exhibition ever.

My contribution is an artwork called: Hello, World! It is the first algorithmically-generated artwork sent to space and also the first art data visualization in space. The artwork was deployed on August 19th, 2015 on the satellite: Dove 0C47. The artwork will circle the Earth for 18 months until its satellite orbit decays and it burns up in our atmosphere. 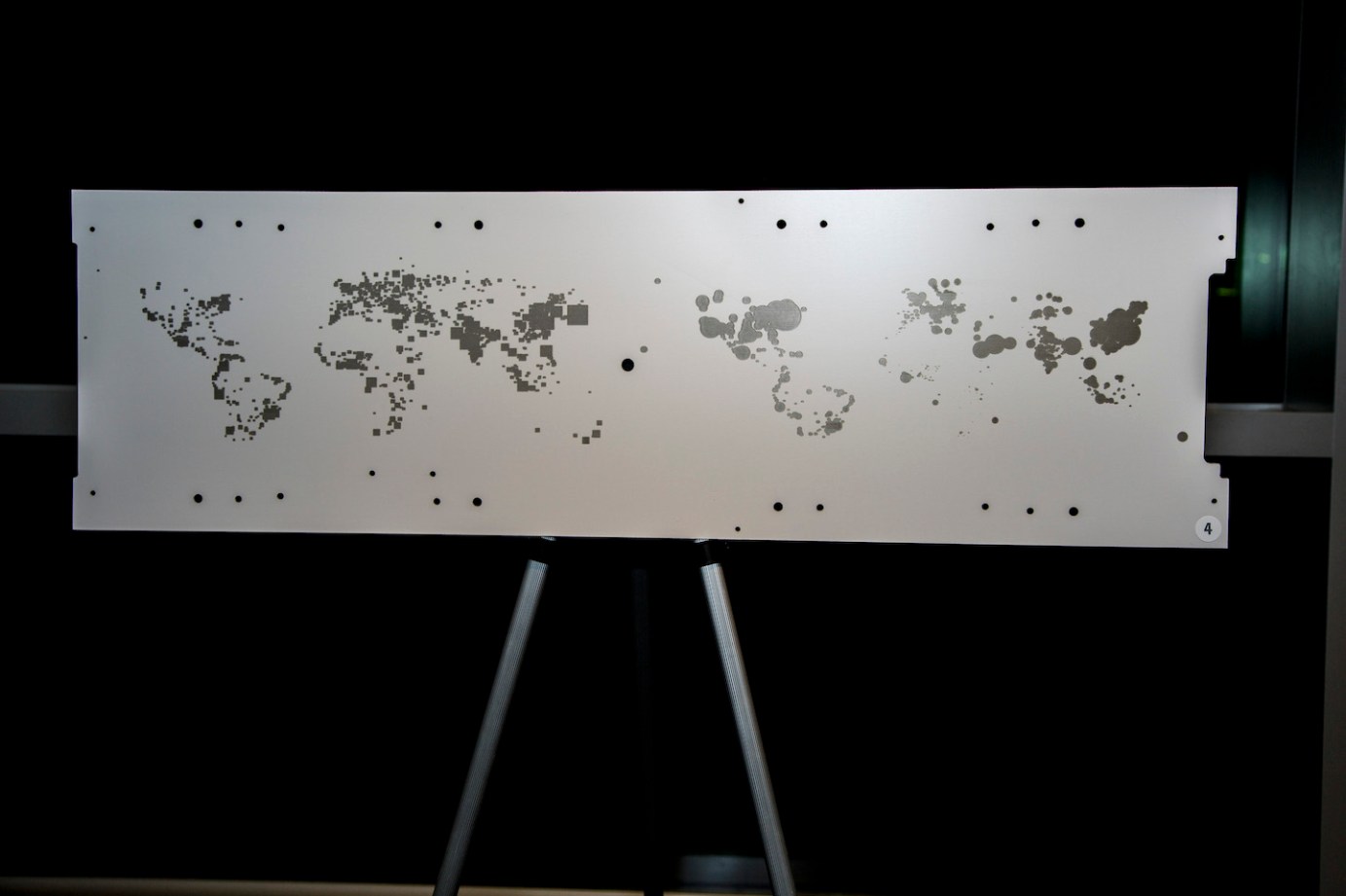 The left side of the satellite panel depicts the population of each city, represented by squares proportional to the population size. The graphics on the right side represent the carbon footprint of each city with circles proportional to carbon emissions. By comparing the two, one can make correlations between national policies and effects on the atmosphere. For example, even though Tokyo is the most populated city on earth, its carbon emissions per capita is very low, making its carbon footprint much smaller in size, than Houston, Shanghai or Riyadh, which have disproportionately large footprints. 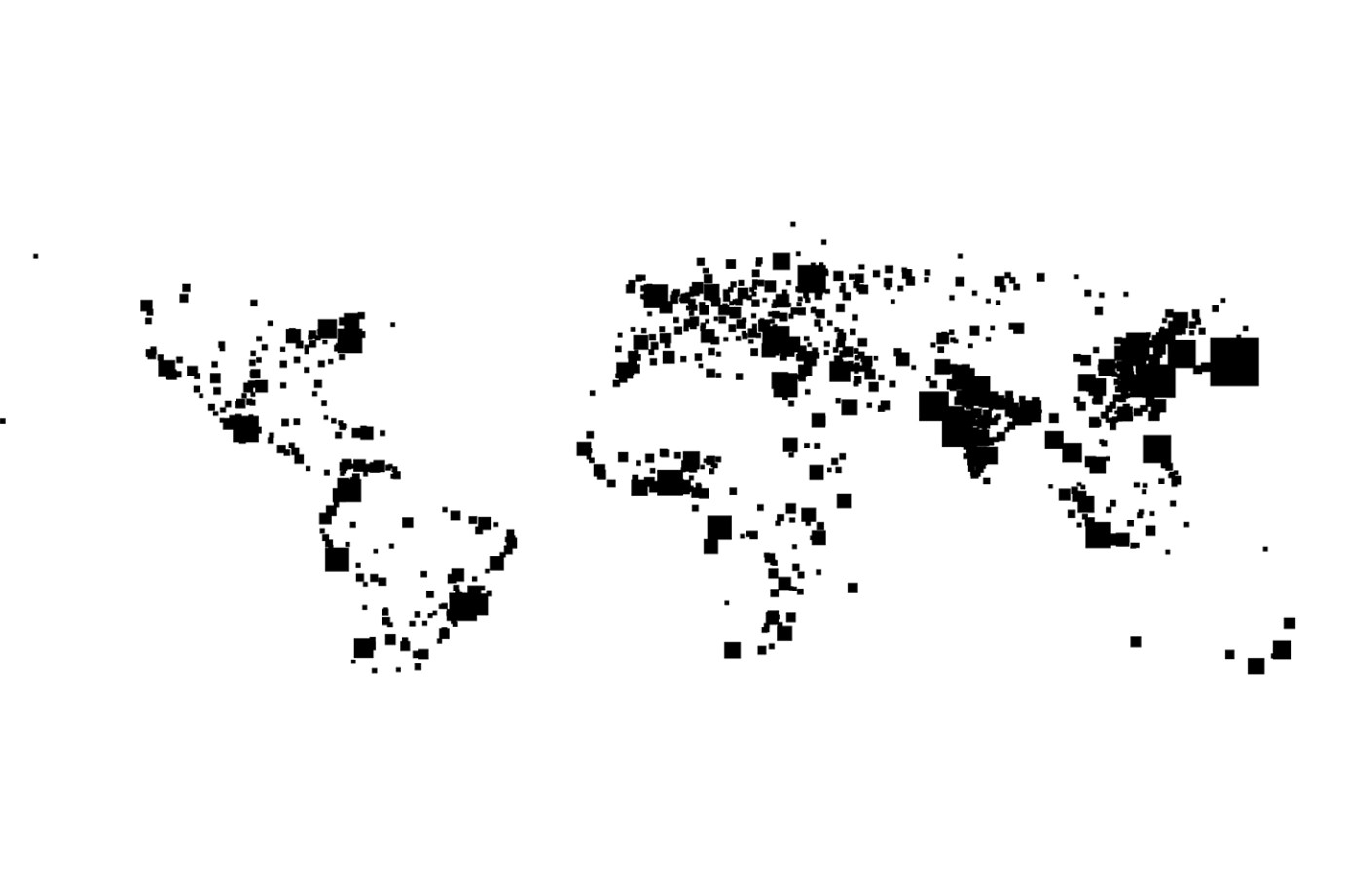 The etched panel resembles a constellation of interconnected activity and inverts the viewpoint of the sky with that of the earth. It is from this “satellite eye,” that we can see ourselves and the effect of humans on the planet. The poetic gesture of the artwork burning up as the satellite re-enters the Earth’s atmosphere, serves as reminder about the fragile nature of Earth. 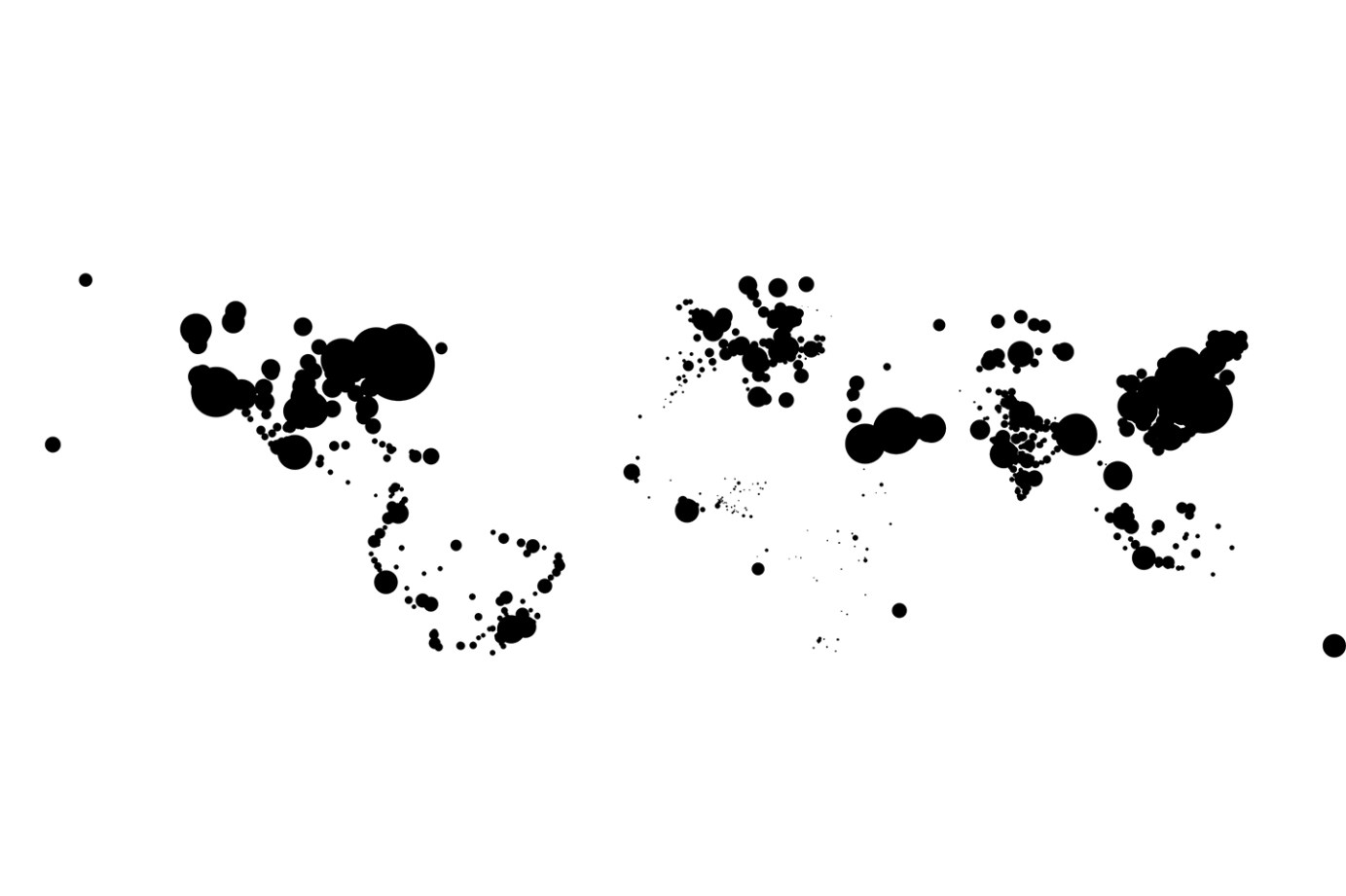 Also consider this: the Art in Space exhibition is something you can neither see nor is it lasting. After only 18 months, the satellite, as well as the artwork vaporizes. I thought of this as an opportunity to work with ephemerality and sculpture. And, this is the first time I have had the chance for a natural destruction of my work. Everything dies and we need to approach life with care. 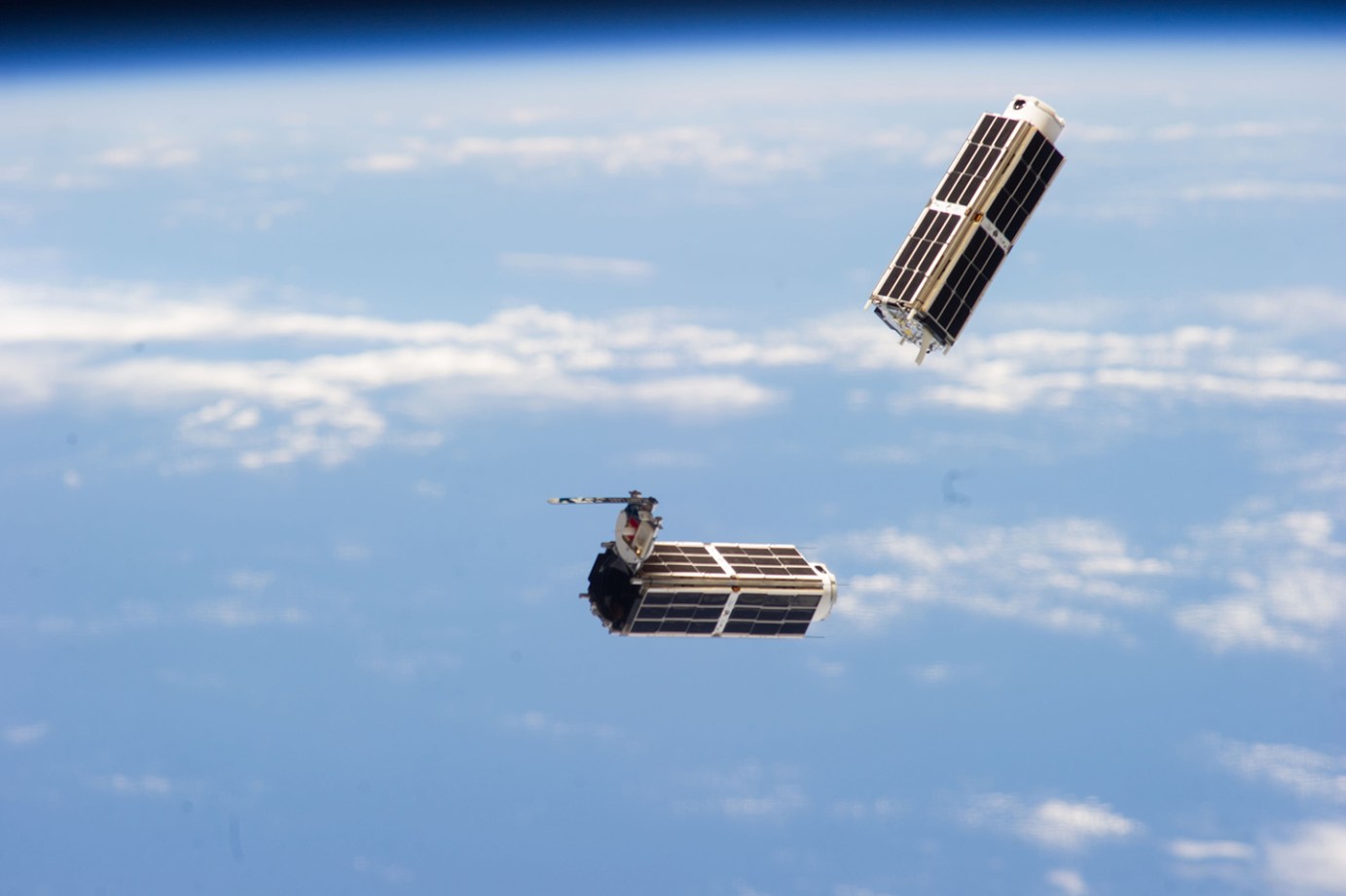 A few people have asked me where did my title come from? Anyone who has written any software code is familiar with the phrase: “Hello, World!” This is the first test program that any instructional has you write. It shows the basic syntax for constructing a working program, which is helpful since all computer programs embody different language constructions. By making this test code work, you also have verified that your development environment is working properly.

And here is the full a video that explains more about the Art in Space exhibition.

* There has been plenty of other art in space, and more recent projects such as my collaboration with Nathaniel Stern for Tweets in Space (2012) and Trevor Paglen’s The Last Pictures.