“What’s beneath those brick circles in San Francisco intersections?” is a story that Audrey Dilling, editor and reporter for KALW’s Crosscurrents, recently released for broadcast on the radio. She joined us as a journalist-on-a-bike for the Cistern Mapping Project, shadowing a pair of volunteers.

The bike-mapping project is just one part of her larger story about the San Francisco Cisterns. 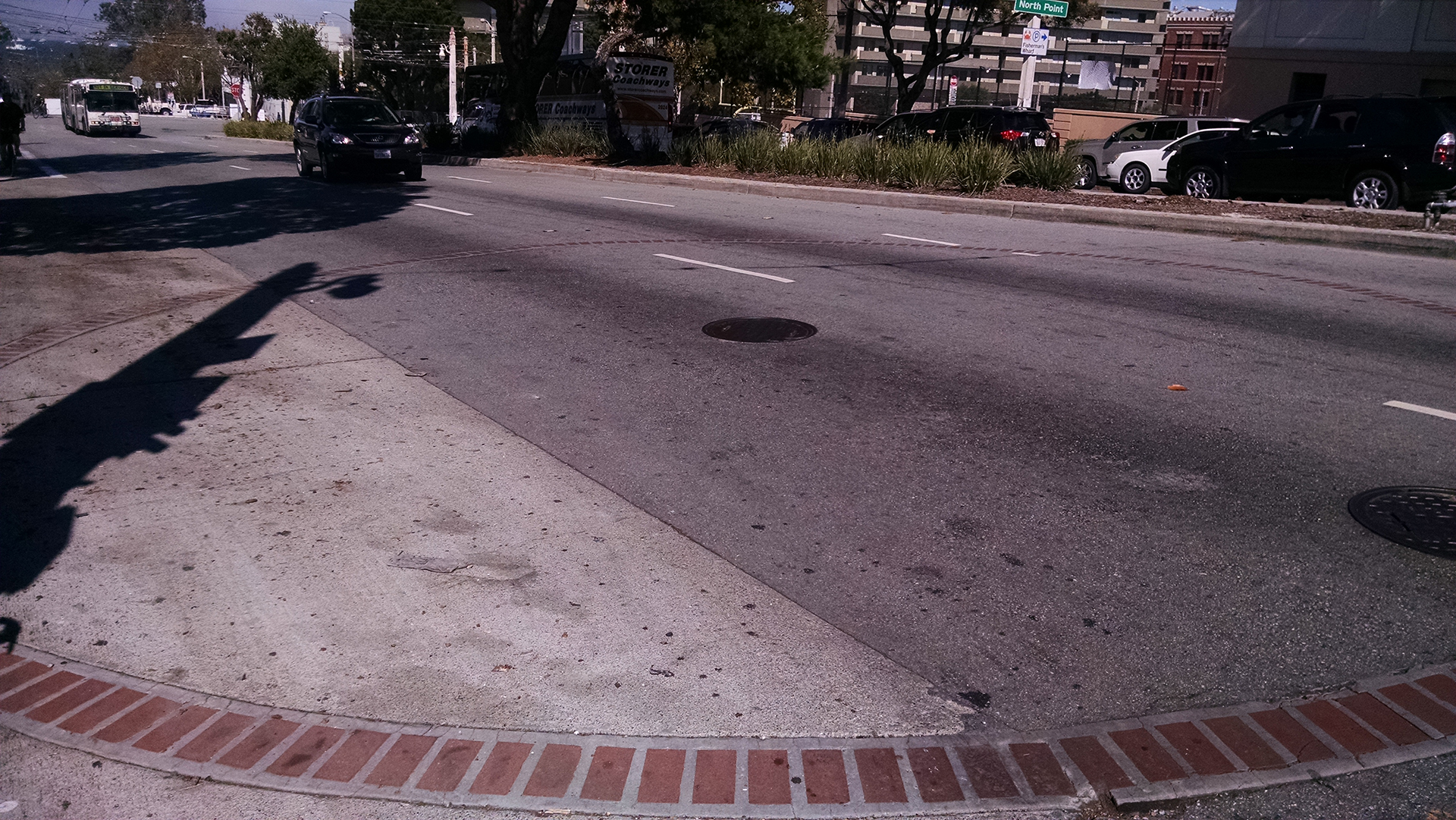 Audrey did a fantastic job on the production work. I like the asides, such as the question “What do they call manholes in Holland?” The radio personality talks over my own words, bridging the inevitable gaps and fissures in any audio interview, making me look smarter than I am.

Other interviewees include an author, Robert Graysmith, author of Black Fire, who gives character to the story by talking about 1850s San Francisco, and a representative from the San Francisco Fire Department.

And the sound queues such as “Can I get some period music?…great job.

Me: not the best interviewee, not the worst, still sounding too matter of fact. But hey, I’m learning slowly the lessons of being a better communicator.

And the finale, of bookending the story with Chava and Lucas, very nice.