Do you like riding bikes and mapping urban space?

On October 11th, 2015, I will be leading the Cistern Mapping Project, which will be an urban treasure hunt, where we document and geolocate all of the 170 (or so) Cisterns of San Francisco.

The easiest way to let me know you want to participate is to sign up with this contact form. This will email me (Scott Kildall) and I can give you some more exact details.

The plan
We will meet at a specific location in the Mission District at 11am on Sunday, October 11th. I am hoping to gather about 20 riders, paired up in groups. Each will be provided with a map of approximate locations of several cisterns.

The pair will find the search for the exact location of each brick circle, photo-document it and get the geolocation (latitude + longitude) of the cistern, using an app on their iPhone or Android. Plan for 4-5 hours or so of riding, mapping, documenting and tweeting.

The background story
Underneath our feet, usually marked by brick circles are cisterns, There are 170 or so of them spread throughout the city. They’re part of the AWSS (Auxiliary Water Supply System) of San Francisco, a water system that exists entirely for emergency use and is separate from the potable drinking water supply and the sewer system. 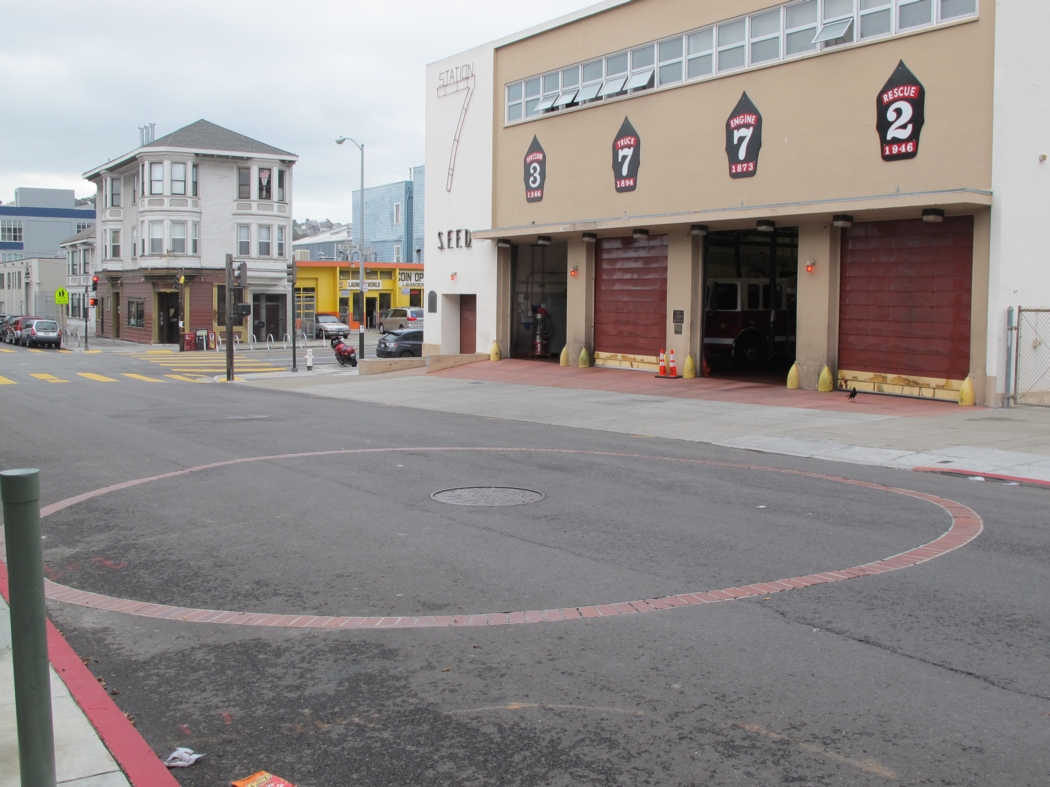 In the 1850s, after a series of Great Fires in San Francisco tore through the city, 23 (or so) cisterns were built. These smaller cisterns were all in the city proper, at that time between Telegraph Hill and Rincon Hill. They weren’t connected to any other pipes and the fire department intended to use them in case the water mains were broken, as a backup water supply.

They languished for decades. Many people thought they should be removed, especially after incidents like the 1868 Cistern Gas Explosion.

However, after the 1906 Earthquake, fires once again decimated the city. Many water mains broke and the neglected cisterns helped save portions of the city. Afterward, the city passed a $5,200,000 bond and begin building the AWSS in 1908. This included the construction of many new cisterns and the rehabilitation of other, neglected ones. Most of the new cisterns could hold 75,000 gallons of water. The largest one is underneath the Civic Center and has a capacity of 243,000 gallons. 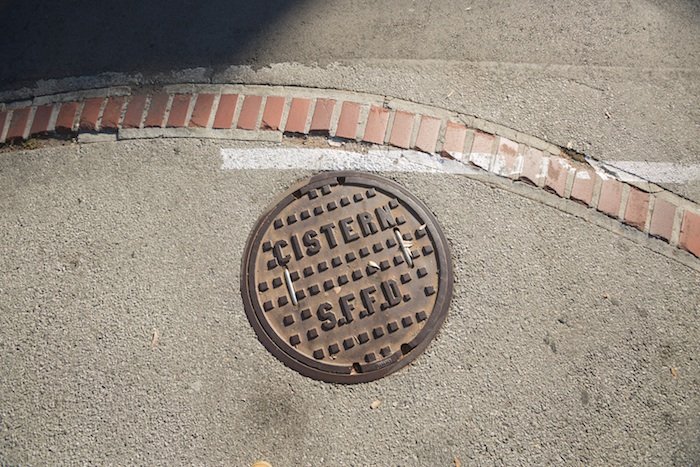 Augmenting an Existing Map
Last year, as part of the Creative Code Fellowship between Stamen Design, Gray Area and Autodesk, I worked on a project called Waterworks, which mapped the San Francisco water infrastructure as a series of 3D prints and web maps.

As part of this project, I created an interactive web map of the San Francisco Cisterns (the only one), based on the intersections listed in the SFFD water supplies manual. However, this map is less-than-complete.

The problem is that the intersections are approximate and are sometimes a block or so away. They are inaccurate. Also, there are very few photographs of the brick circles that make the San Francisco cisterns. I think it would be an urban service to map these out for anyone to look at.

The goal will be to geolocate (lat + long) cistern location, photograph the bricks that (usually) mark them and produce a dataset that anyone can use. 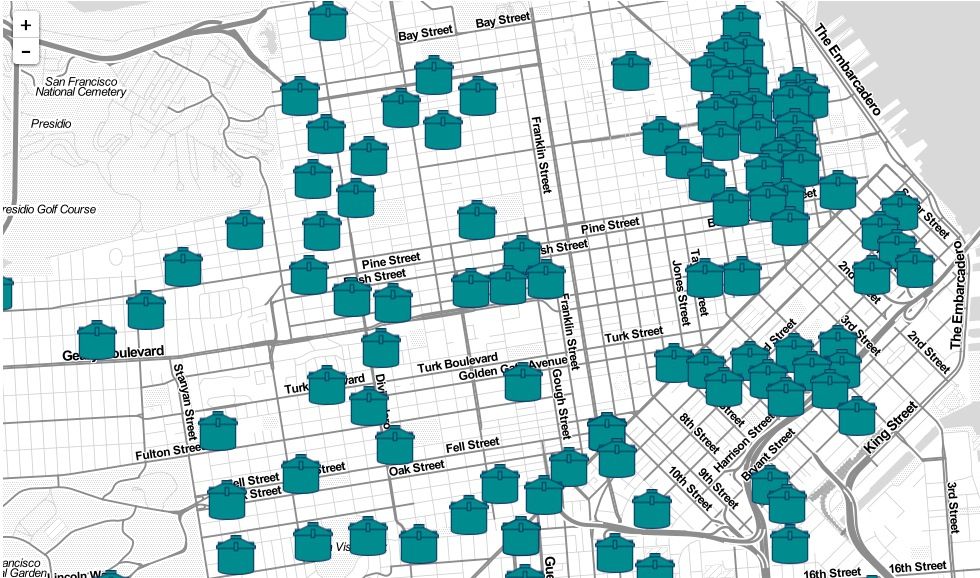 This will be a live Twitter event, where we update each cistern location live using Twitter and Google docs, adding photographs and building out the cistern map in real-time.

Bikes are the perfect mode of transport. Parking won’t be an issue and we can conveniently hit up many parts of the city.

Will we map all of these cisterns? This is up to you. Contact me here if you would like to join.

Press for Chess with Mustaches: the response to the Duchamp Estate EquityBot World Tour
Scroll to top