Not to be confused with Deleuze and Guattari, this is a company that makes various hardware music synths.

For my new project, Machine Data Dreams, I’m looking at how machines might “think”, starting with the amazing analog video machines at Signal Culture. 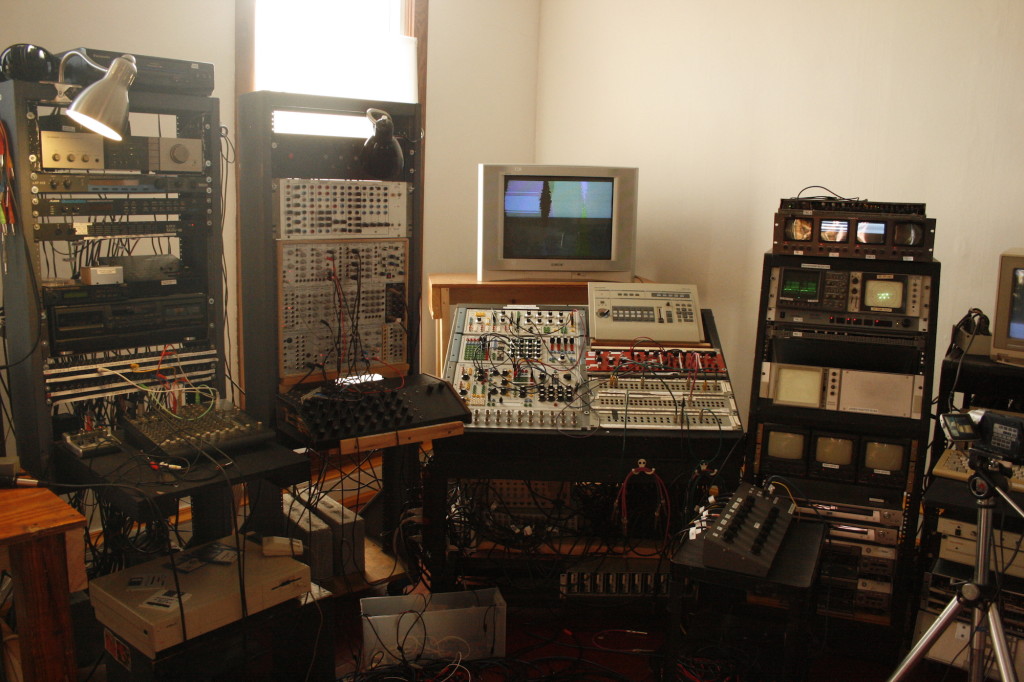 This morning, I successfully stabilized my Arduino data logger. This captures the raw video signal from any device with RCA outputs and stores values at a sampling rate of ~3600 Hz.

It obviously misses a lot of the samples, but that’s the point, a machine-to-machine listener, bypassing any sort of standard digitizing software. 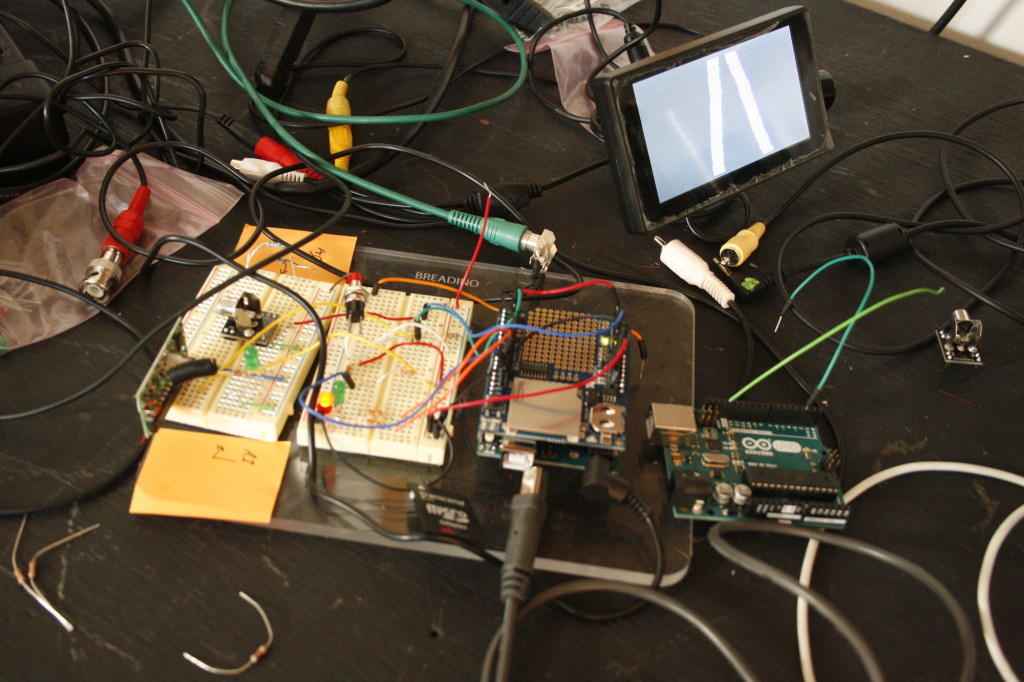 For my first data-logging experiment, I decided to focus on this device, the Critter & Guitari Video Scope, which takes audio and coverts it to a video waveform. 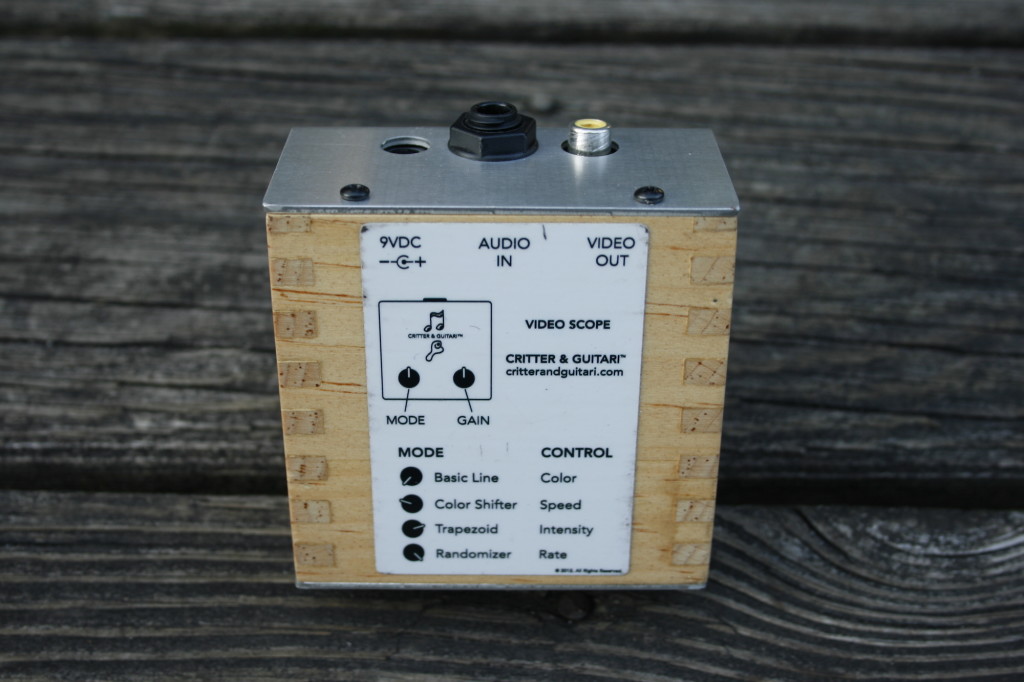 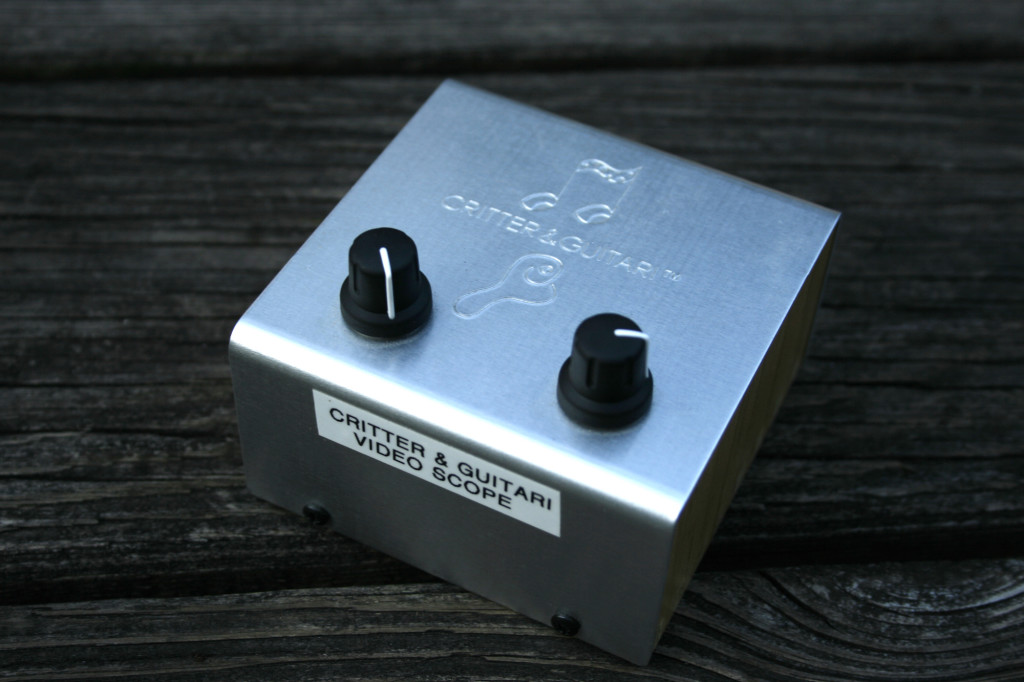 Using the synths, I patched and modulated various waveforms. I’ve never worked with this kind of system until a few days ago, so I’m new to the concept of control voltages. 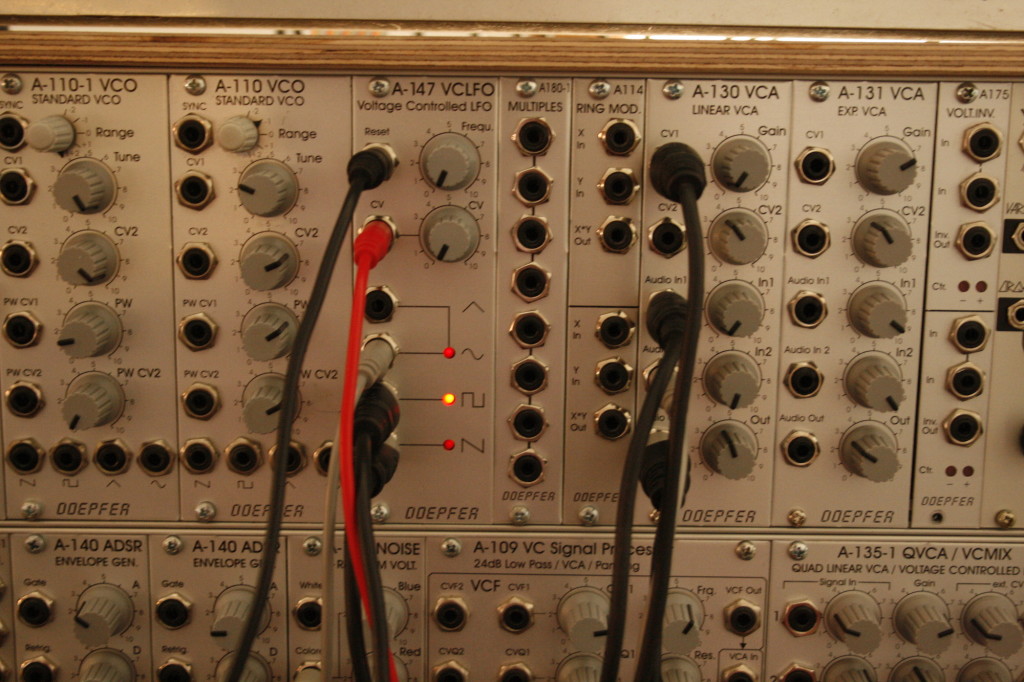 This is the 15-minute composition that I made for the data-logger.

And the captured output, in my custom OpenFrameworks software.

The 3D model is very preliminary at this point, but I am getting some solid waveform output into a 3D shape. I’ll be developing this in the next few months. But since I only have a week at Signal Culture, I’ll tackle the 3D-shape generation later. 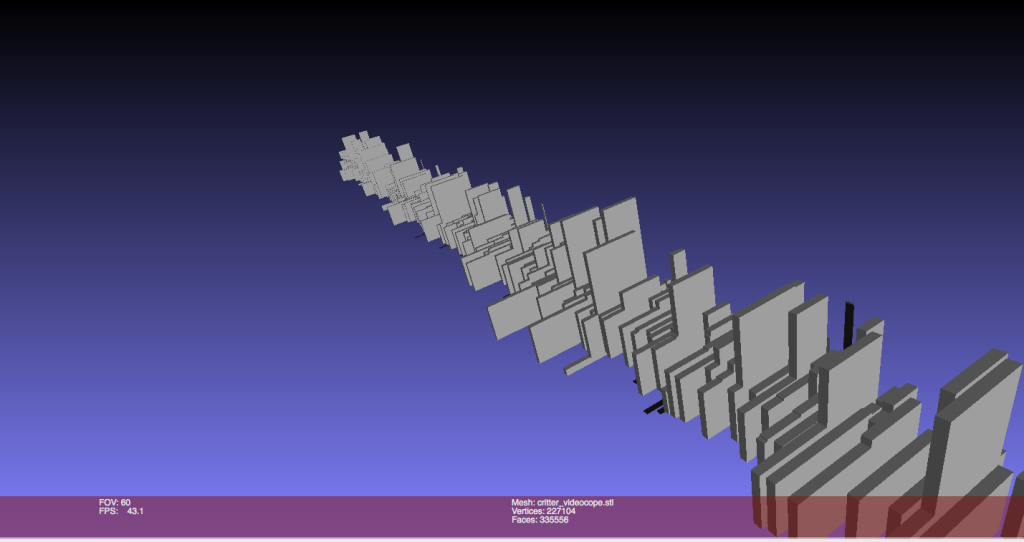 My data logger can handle 2 channels of video, so I’m experimenting with outputting the video signal as sound and then running it back through the C&G Videoscope.

This is the Amiga Harmonizer — output, which looks great by itself. The audio, however, as a video signal, as expected comes out sounding like noise.

But the waveforms are compelling. there is a solid band at the bottom, which is the horizontal sync pulse. This is the signature for any composite (NTSC) devices. 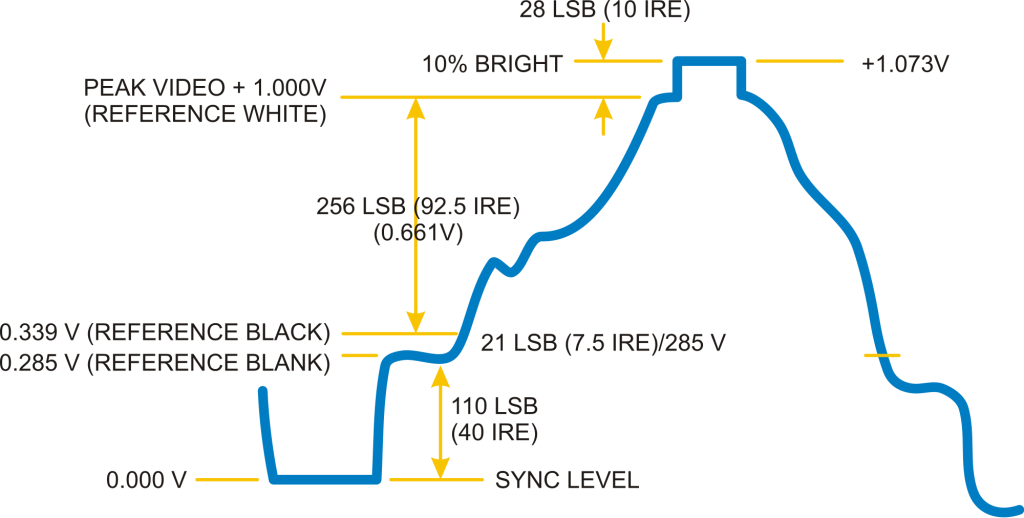 So, every devices I log should have this signal at the bottom, which you can see below. 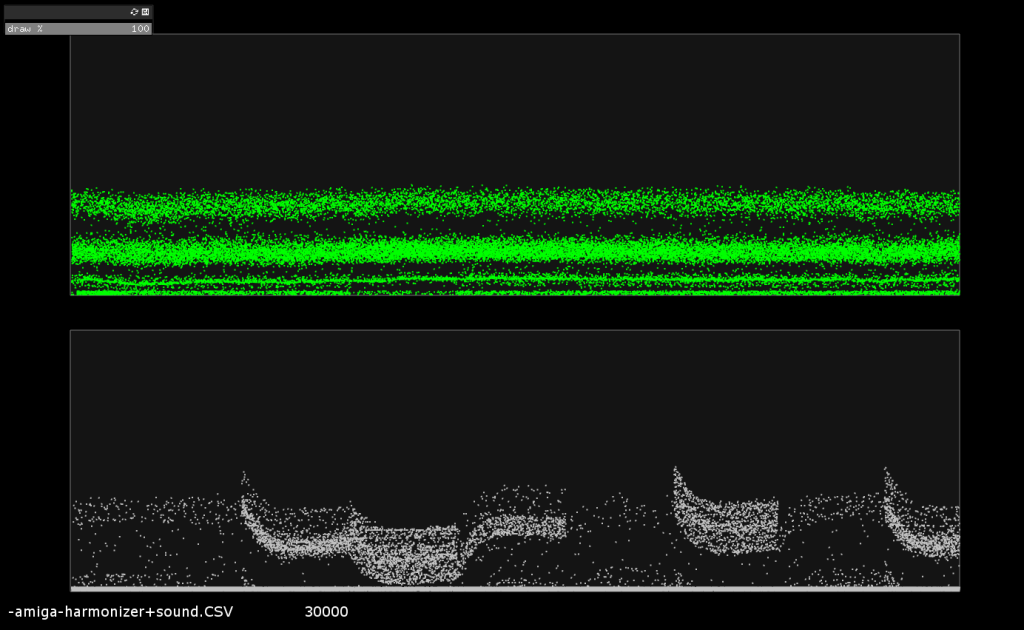 Once again, the 3D forms I’ve generated in OpenFrameworks and then opened up in Meshlab are just to show that I’m capturing some sort of raw waveform data. 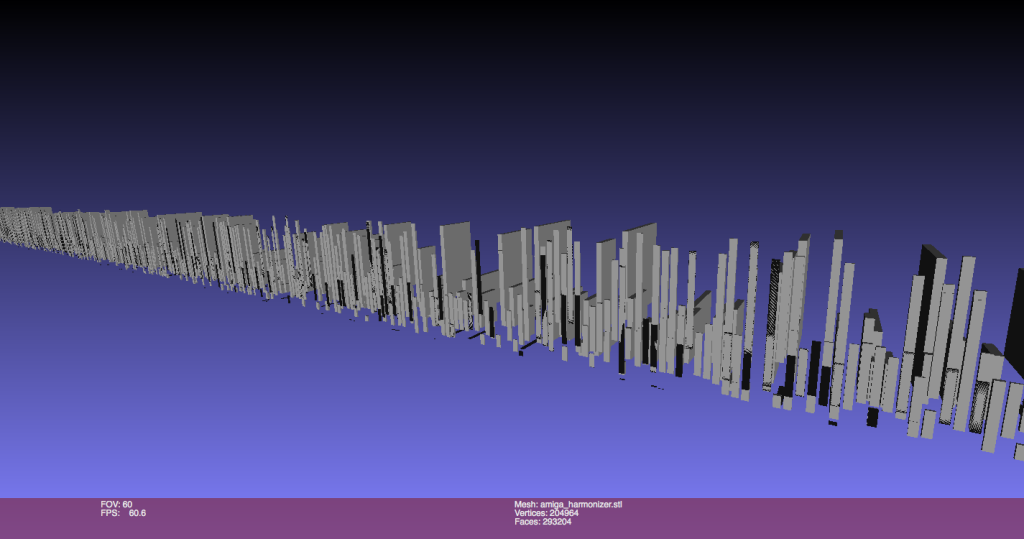