The inevitable conversation about evictions at San Francisco every party…art organizations closing, friends getting evicted…the city is changing. It has become a boring topic, yet it is absolutely, completely 100% real.

For the Bad Data series — 12 data-visualizations depicting socially-polarized, scientifically dubious and morally ambiguous dataset, each etched onto an aluminum honeycomb panel — I am featuring two works: 18 Years of Evictions in San Francisco and 2015 AirBnb Listings for exactly this reason. These two etchings are the centerpieces of the show. 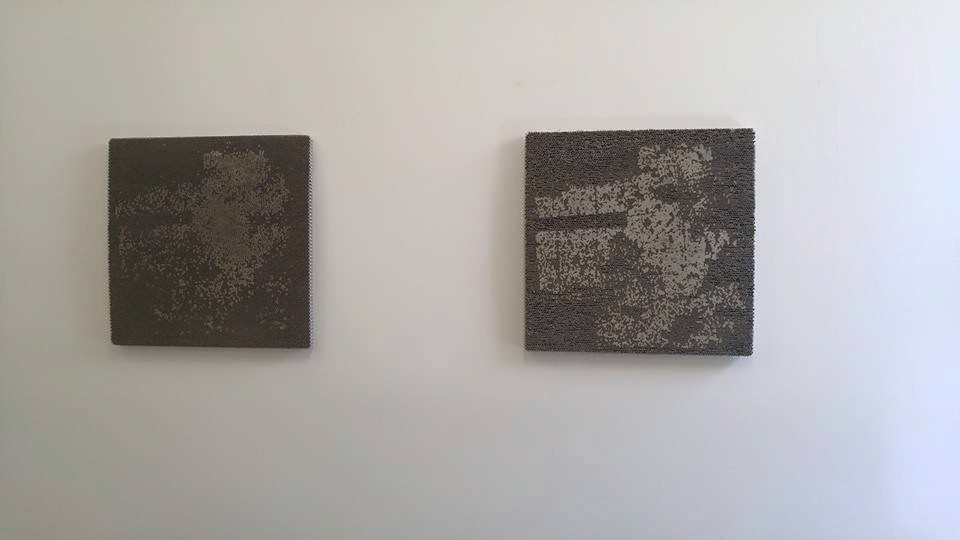 This is the reality of San Francisco, it is changing and the data is ‘bad’ — not in the sense of inaccurate, but rather in the deeper sense of cultural malaise.

By the way, the reception for the “Bad Data” show is this Friday (July 24, 2015) at A Simple Collective, and the show runs through August 1st.

The Anti-Eviction Mapping Project has done a great job of aggregating data on this discouraging topic, hand-cleaning it and producing interactive maps that animate over time. They’re even using the Stamen map tiles, which are the same ones that I used for my Water Works project. 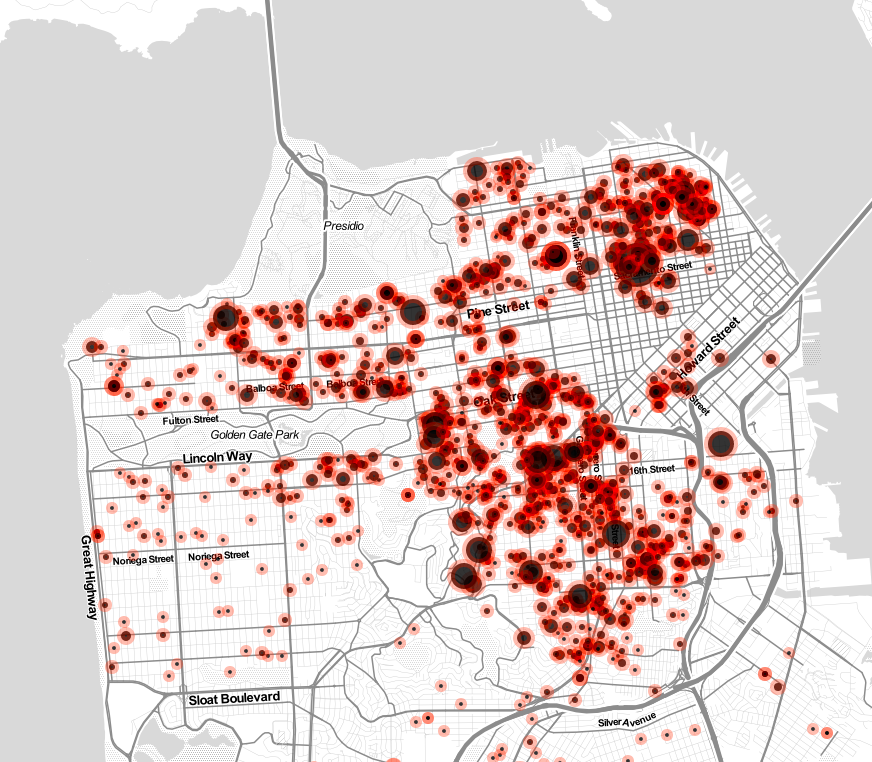 When I embarked on the Bad Data series, I reached out to the organization and they assisted me with their data sets. My art colleagues may not know this, but I’m an old-time activist in San Francisco. This helped me with getting the datasets, for I know that the story of evictions is not new and certainly not on this scale.

In 2001, I worked in a now-defunct video activist group called Sleeping Giant, which worked on short videos in the era when Final Cut Pro made video-editing affordable and when anyone with a DV camera could make their own videos. We edited our work, sold DVDs and had local screenings, stirring up the activist community and telling stories from the point-of-view of people on the ground. Sure, now we have Twitter and social media, but at the time, this was a huge deal in breaking apart the top-down structures of media dissemination.

Here is No Nos Vamos a hastily-edited video about evictions in San Francisco. Yes, this was 14 years ago.

I’ve since moved away from video documentary work and towards making artwork: sculpture, performance, video and more. The video-activist work and documentary video in general felt overly confining as a creative tool.

My current artistic focus is to transform datasets using custom software code into physical objects. I’ve been working with the amazing fabrication machines at Autodesk’s Pier 9 facility to make work that was not previously possible.

Ths dataset (also provided through the SF Rent Board) includes all the no-fault evictions in San Francisco, I got my computer geek on…well, I do try to use my programming powers for non-profit work and artwork.

I mapped the data into vector shapes using the C++ open source toolkit, called OpenFrameworks and wrote code which transformed the ~9300 data points into plotable shapes, which I could open in Illustrator. I did some work tweaking the strokes and styles. 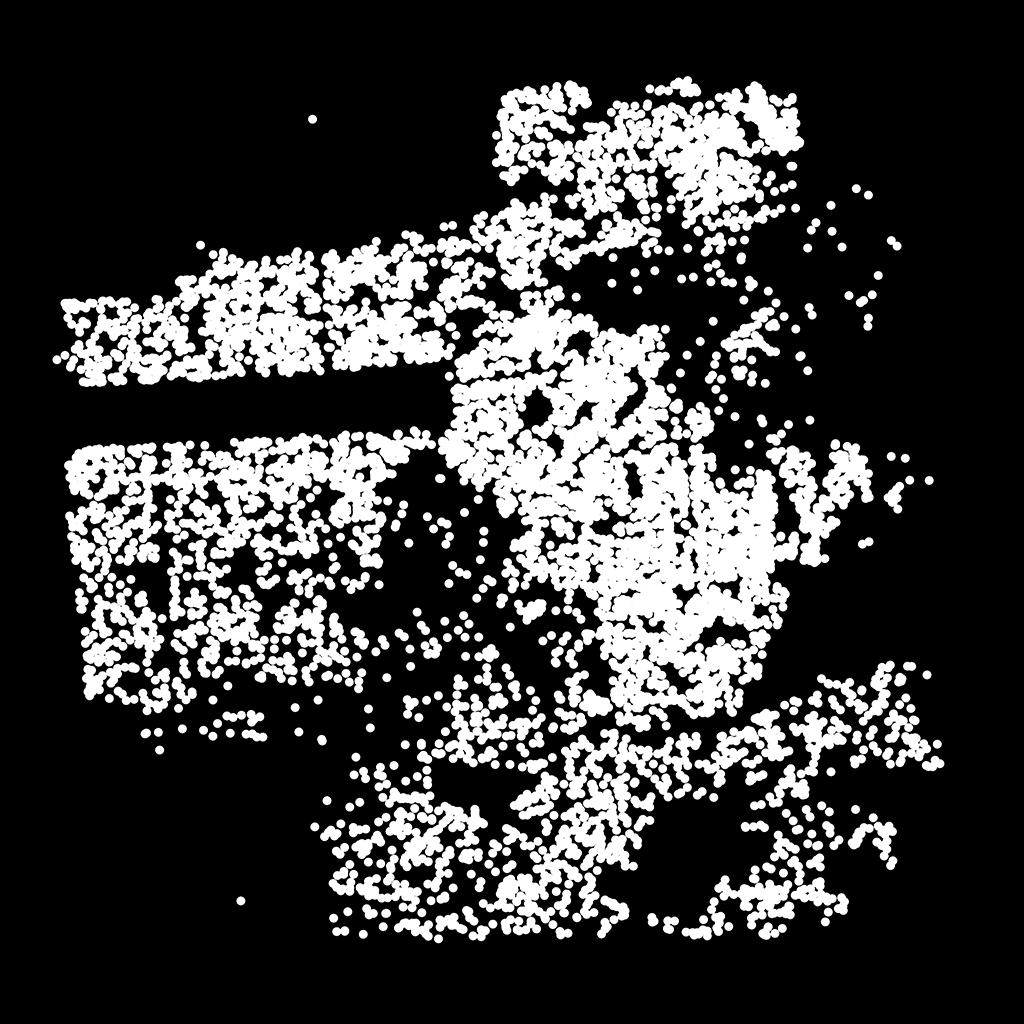 This is what the etching looks like from above, once I ran int through the water jet. There were a lot of settings and tests to get to this point, but the final results were beautiful. 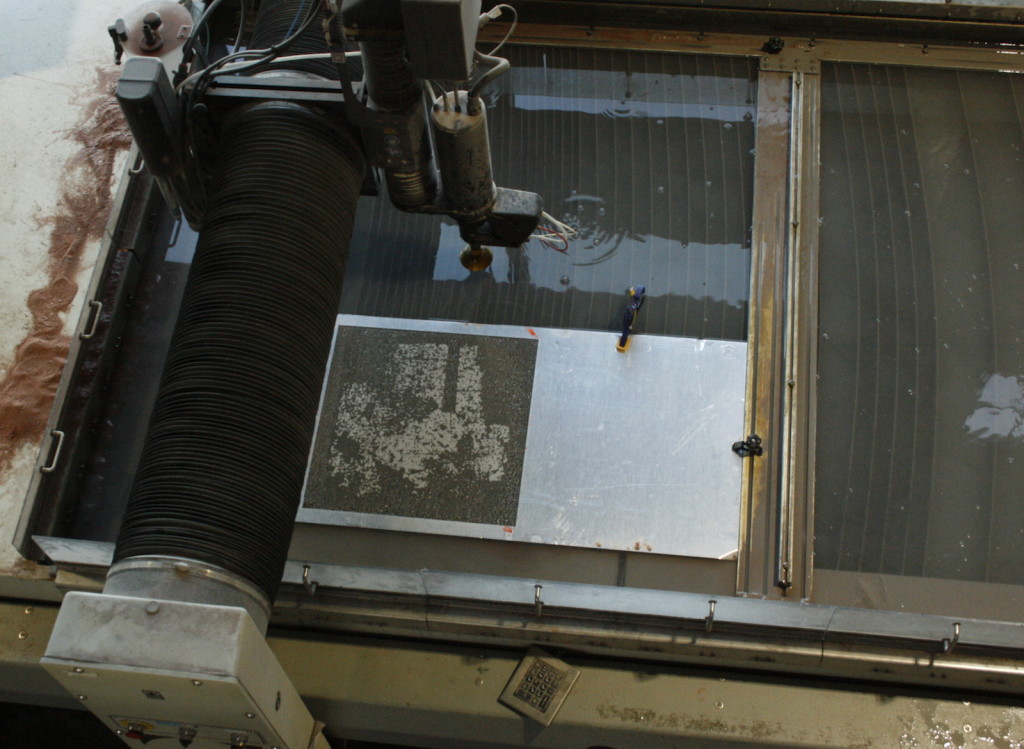 The material is a 3/4″ honeycomb aluminum. I tuned the high-pressure from the water-jet to pierce through the top layer, but not the bottom layer. However, the water has to go somewhere. The collisions against the honeycomb produce unpredictable results.

…just like the evictions themselves. We don’t know the full effect of displacement, but can only guess as the city is rapidly becoming less diverse. The result is below, a 20″ x 20″ etching. 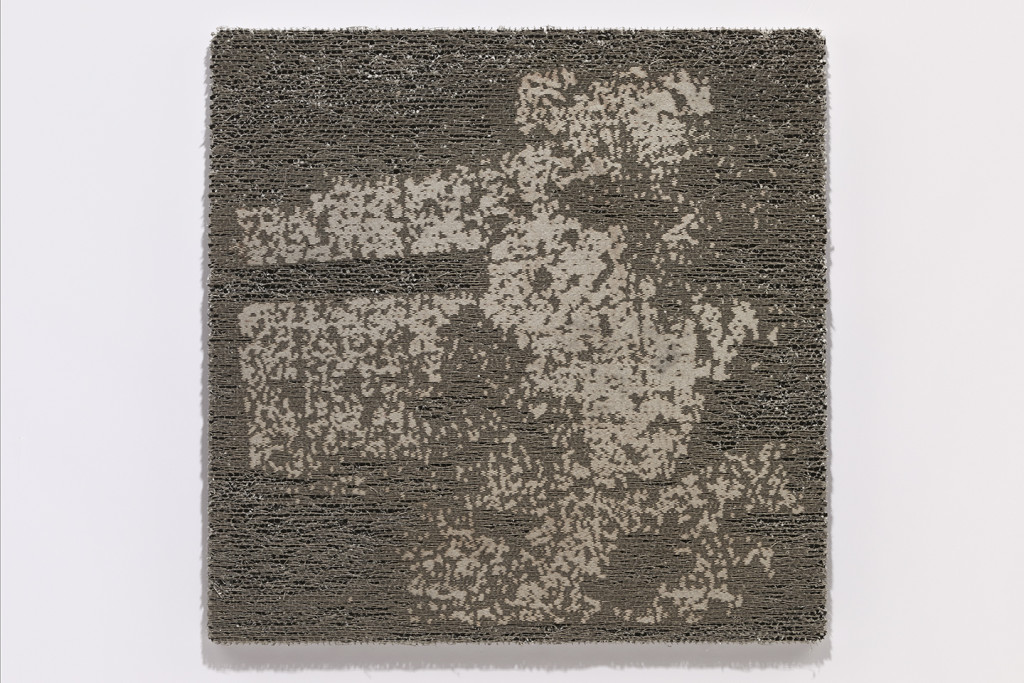 The Airbnb debate is a little less clear-cut. Yes, I do use Airbnb. It is incredibly convenient. I save money while traveling and also see neighborhoods I’d otherwise miss. However, the organization and its effect on city economies is a contentious one.

For example, there is the hotel tax in San Francisco, which after 3 years, they finally consented to paying — 14% to the city of San Francisco. Note: this is after they had a successful business.

There also seems to be a long-term effect on rent. Folks, and I’ve met several who do this, are renting out places as tenants on Airbnb. Some don’t actually live in their apartments any longer. The effect is to take a unit off the rental market and mark it as a vacation rental. Some argue that this also skirts the law rent-control in the first place, which was designed as a compromise solution between landlords and tenants.

There are potential zoning issues, as well…a myriad of issues around Airbnb. 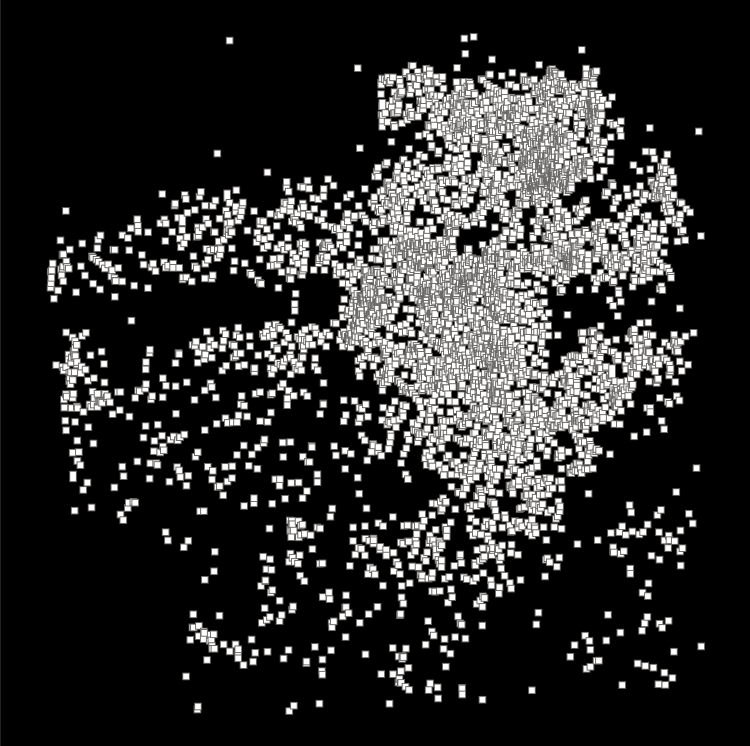 In any case, the location of the Airbnb rentals (self-reported, not a complete list) certainly fit the premise of the Bad Data series. It’s an amazing dataset. Thanks to darkanddifficult.com for this data source. 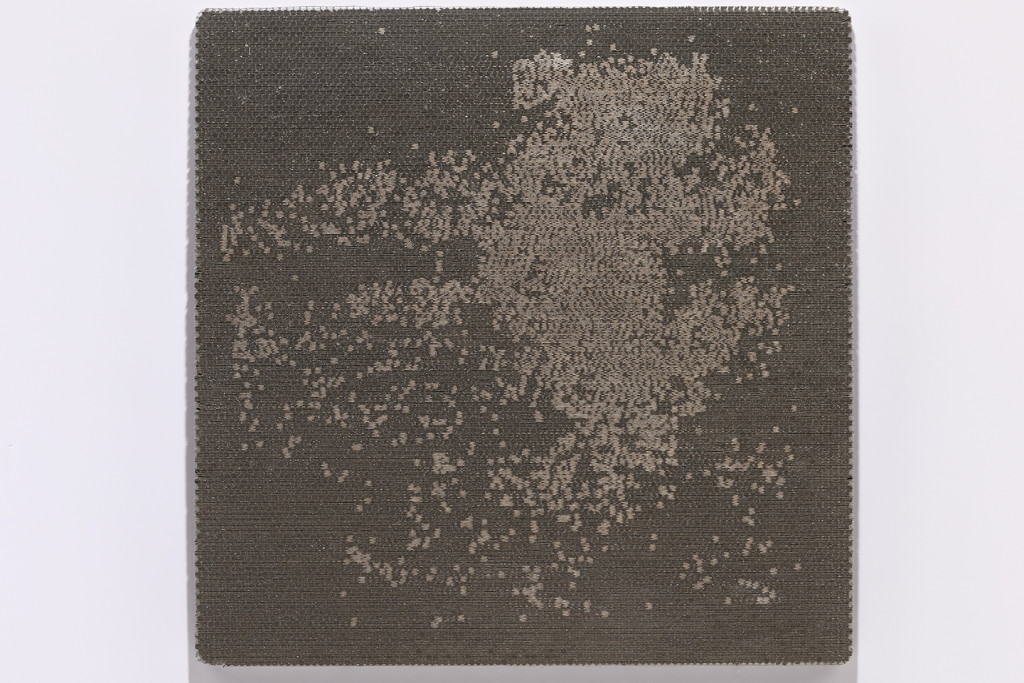