This Thursday (June 8, 2015), will be the opening of Make Art, Not Landfill, which is the 25th Anniversary of the Recology Artists in Residence program. If you are in San Francisco, you should go to the show.

I first heard about the program in the late 1990s. In 2010, I saw the 20th Anniversary show, and later that year, applied and was accepted. I started my residency in February 2011. During this time, I made a series called “2049” — where I played the role of a prospector from the year 2049, who was mining the dump for resources to construct “Imaginary Devices” to help me survive. 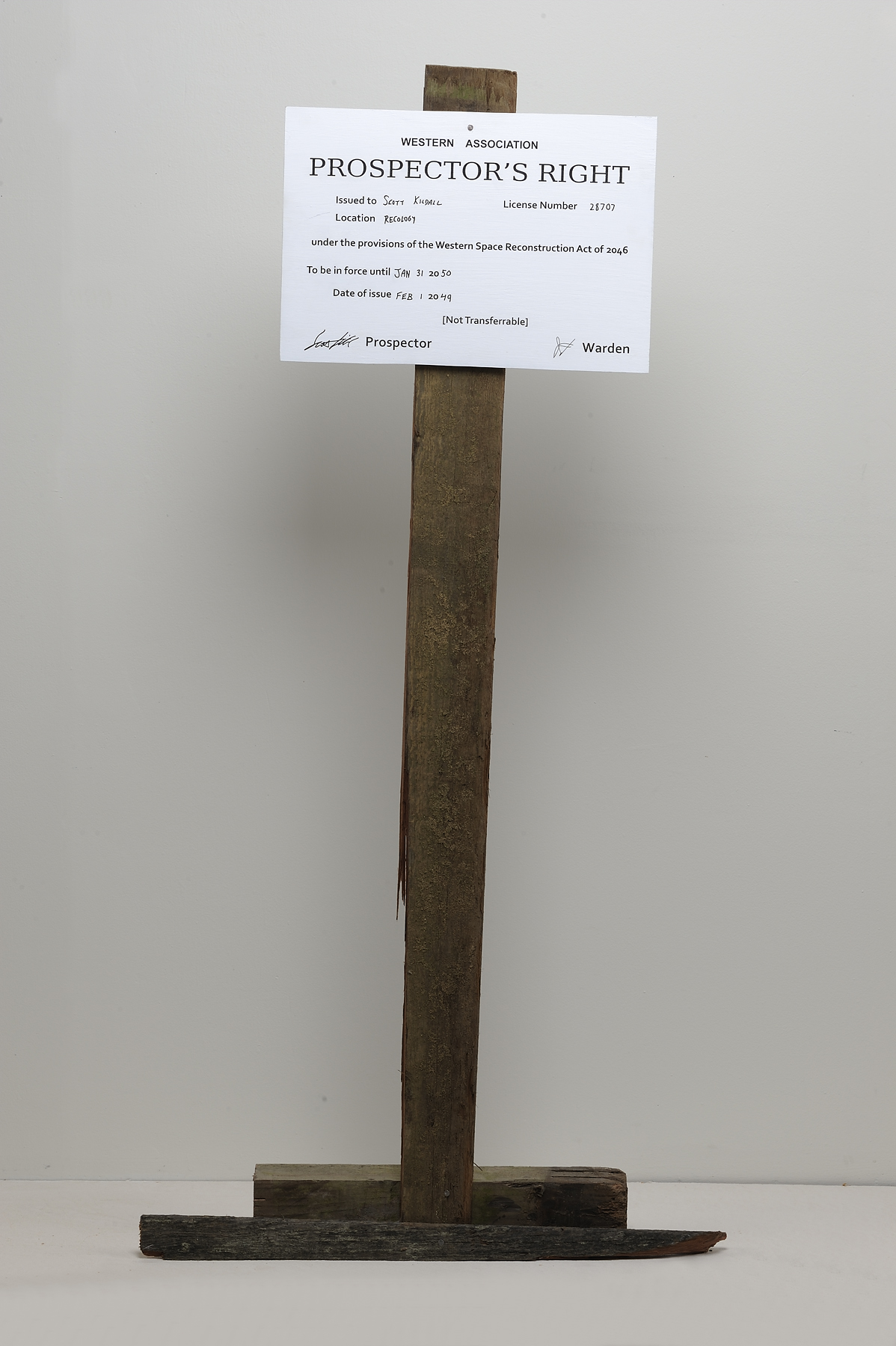 These included items such as the Sniffer, the 2049 Hotline, the Universal Mailbox, Reality Simulator and Infinite Power. Each one was accompanied by a blueprint with imaginary symbols on it. 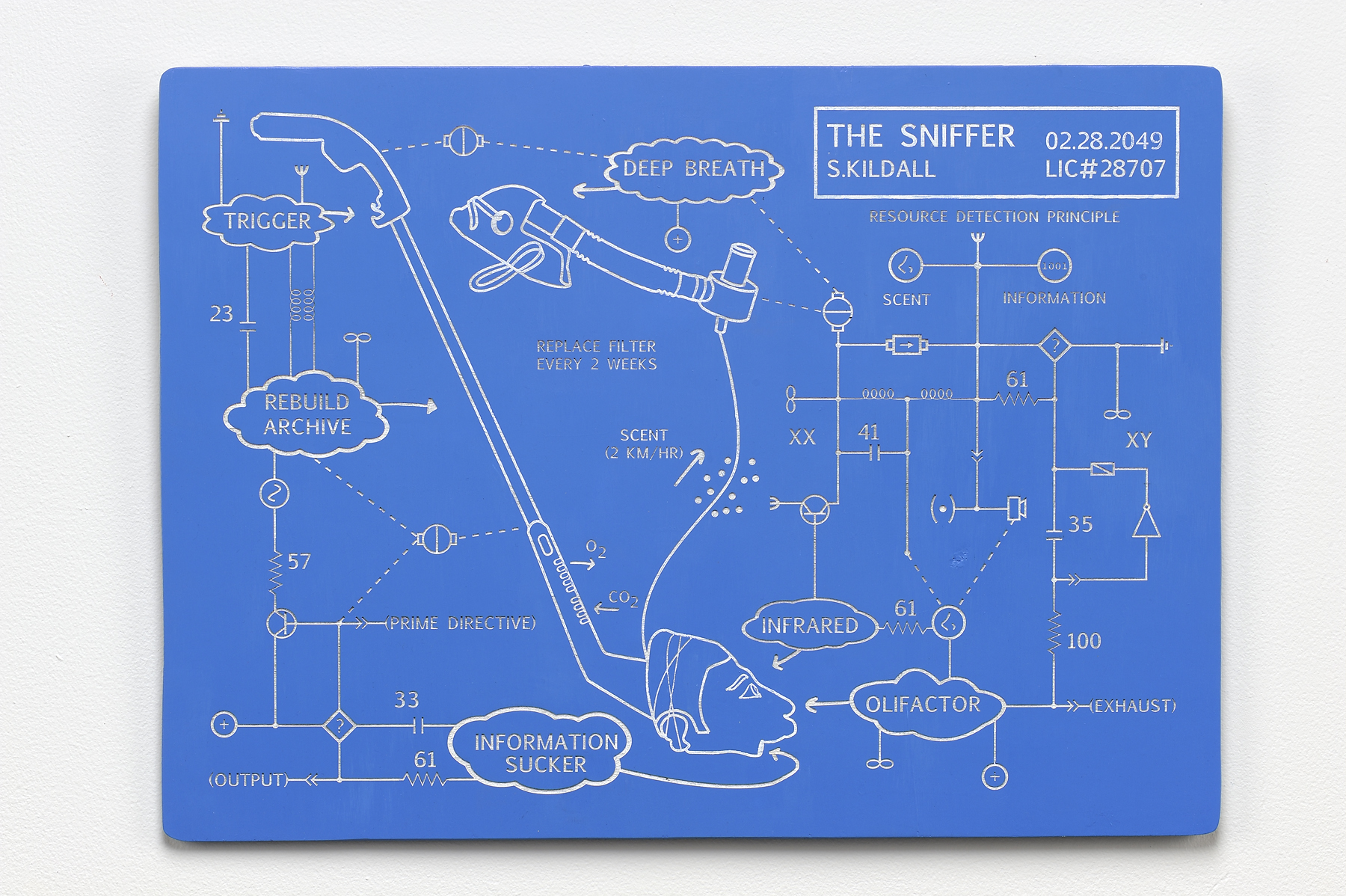 Using these scavenged items, I built a complex narrative around some sort of future collapse. The work was odd, funny and touched veins of consumption for many people. Dorothy Santos did a writeup for Asterisk Magazine on the 2049 Series, which captured some of the feelings evoked by the sculptures, paintings and videos. 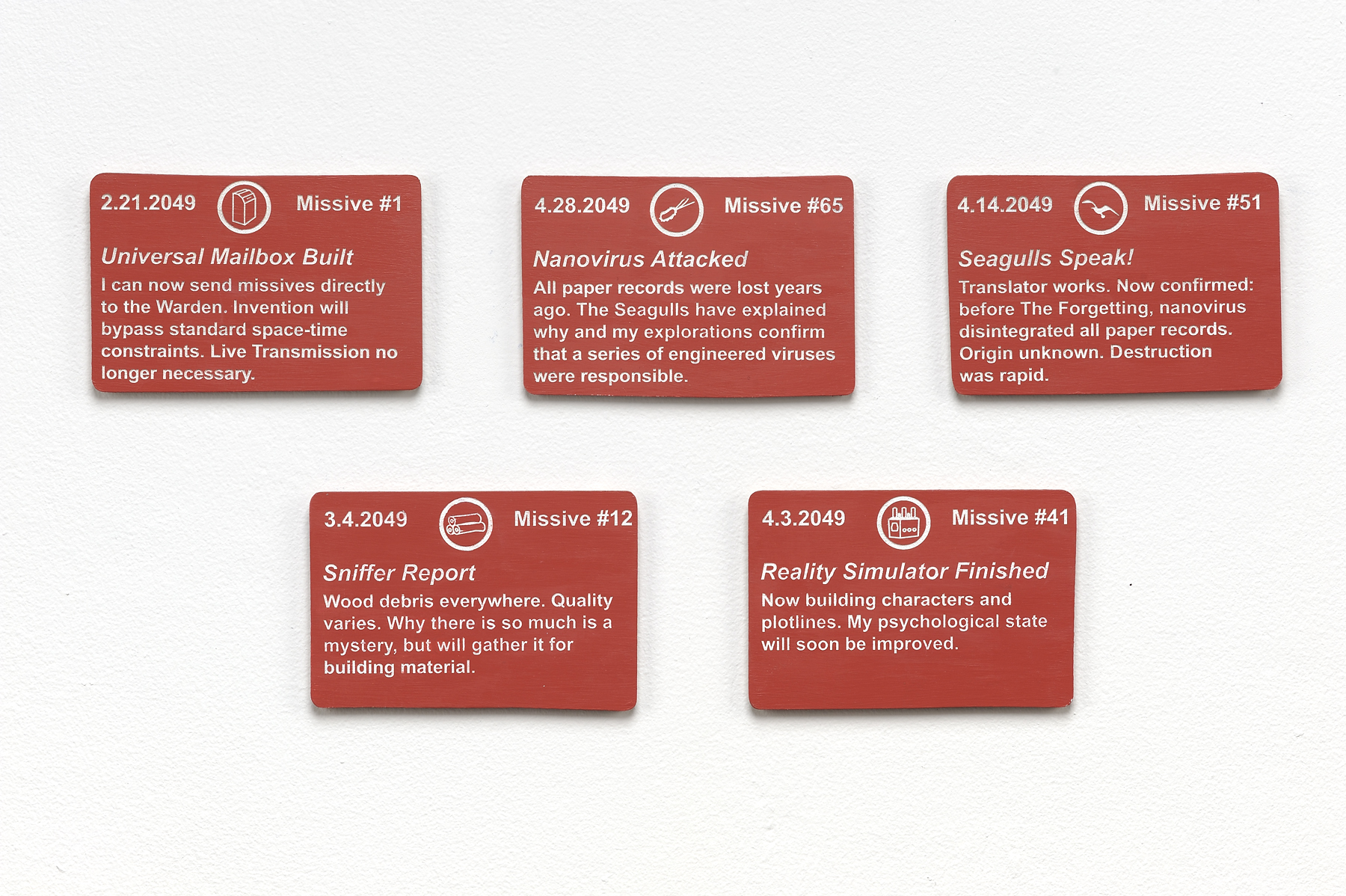 Part of the deal with being an artist-in-residence at The Dump is that they get to keep one of your artworks. And exhibitions like this are exactly the reason why. The good folks at Recology put on shows, featuring work from their program. The artwork that they elected to retain was the Universal Mailbox (below), which will be in tomorrow’s show.

I constructed the Universal Mailbox from a discarded UPS keypad, scrap wood, a found satellite dish and dryer hose. I found the paint at the dump as well. 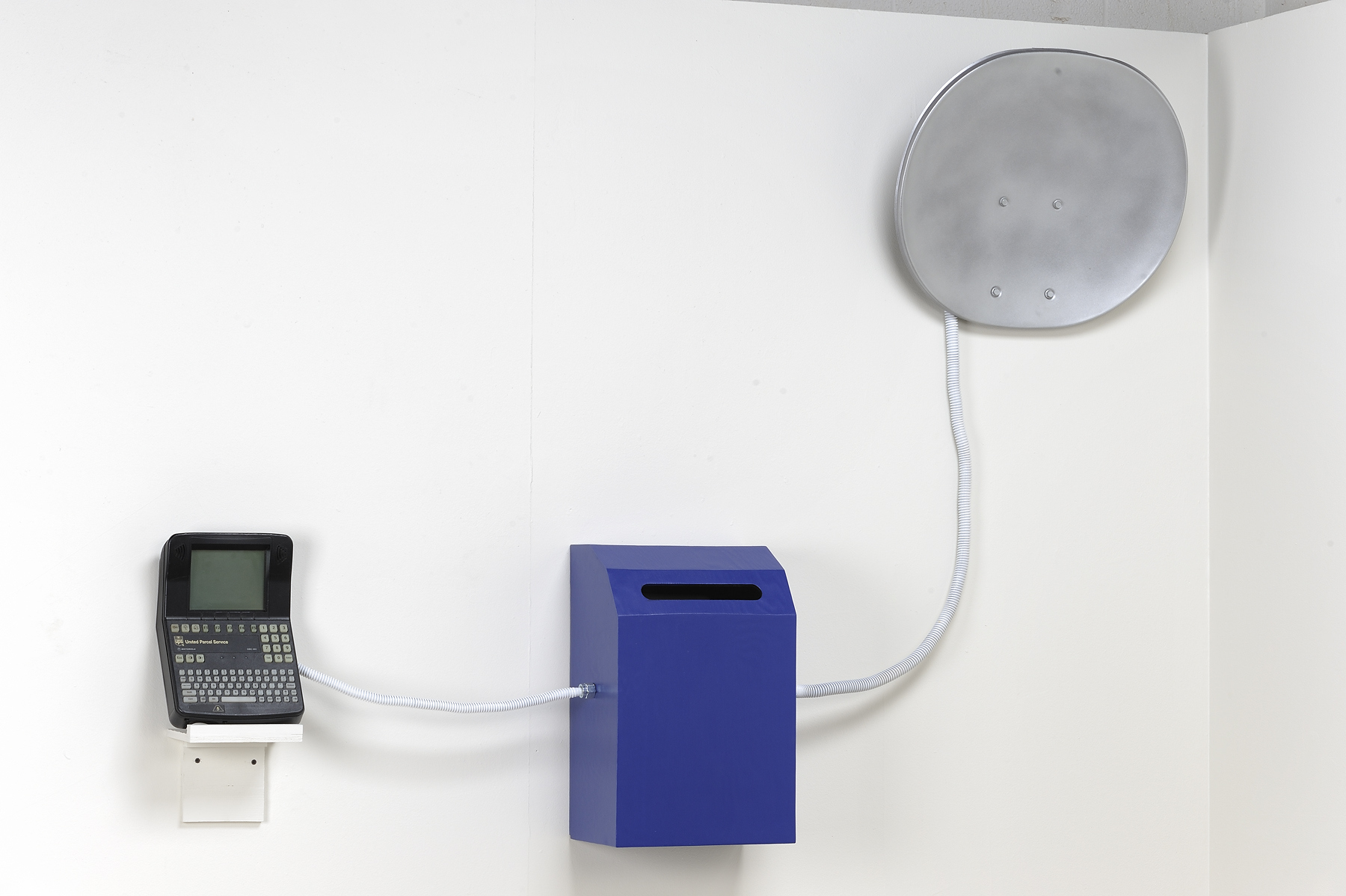 I used a similar technique for the 2049 Hotline, and during the opening, friends of mine played the role of “emissaries from the year 2049”, who would talk to exhibit-goers on the phone. Their only directive was to stay in character — they had to be from the future, but the environment they imagined could be anything they wanted. 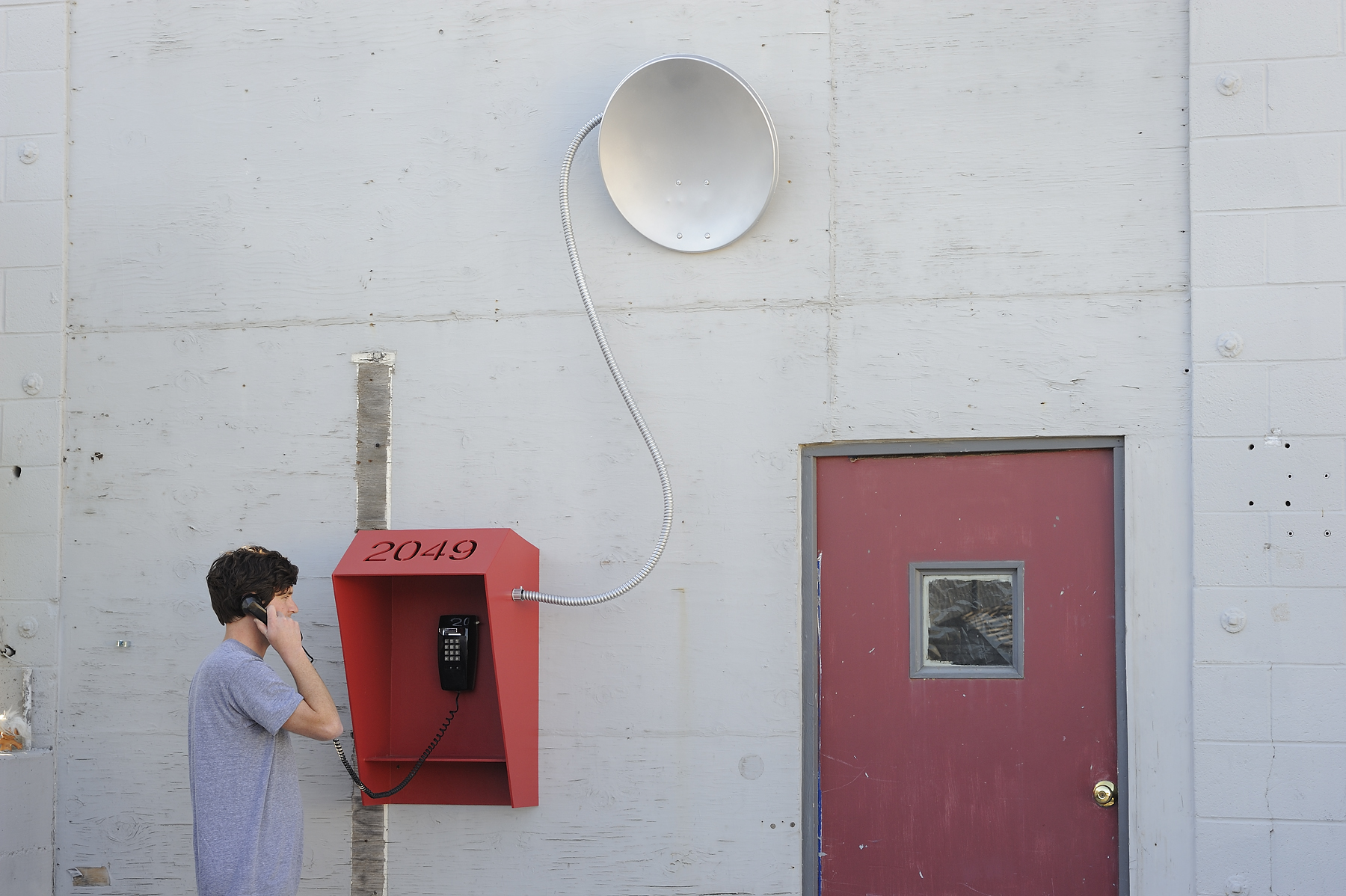 This was a one-way mission for many of my sculptures, as they were fragile to begin with and 4 months at an Interactive Science Museum decimated the work. I knew this would happen. I always viewed the sculptures as temporary. I was even able to save some money on shipping costs. The artwork, after all, came from the dump! 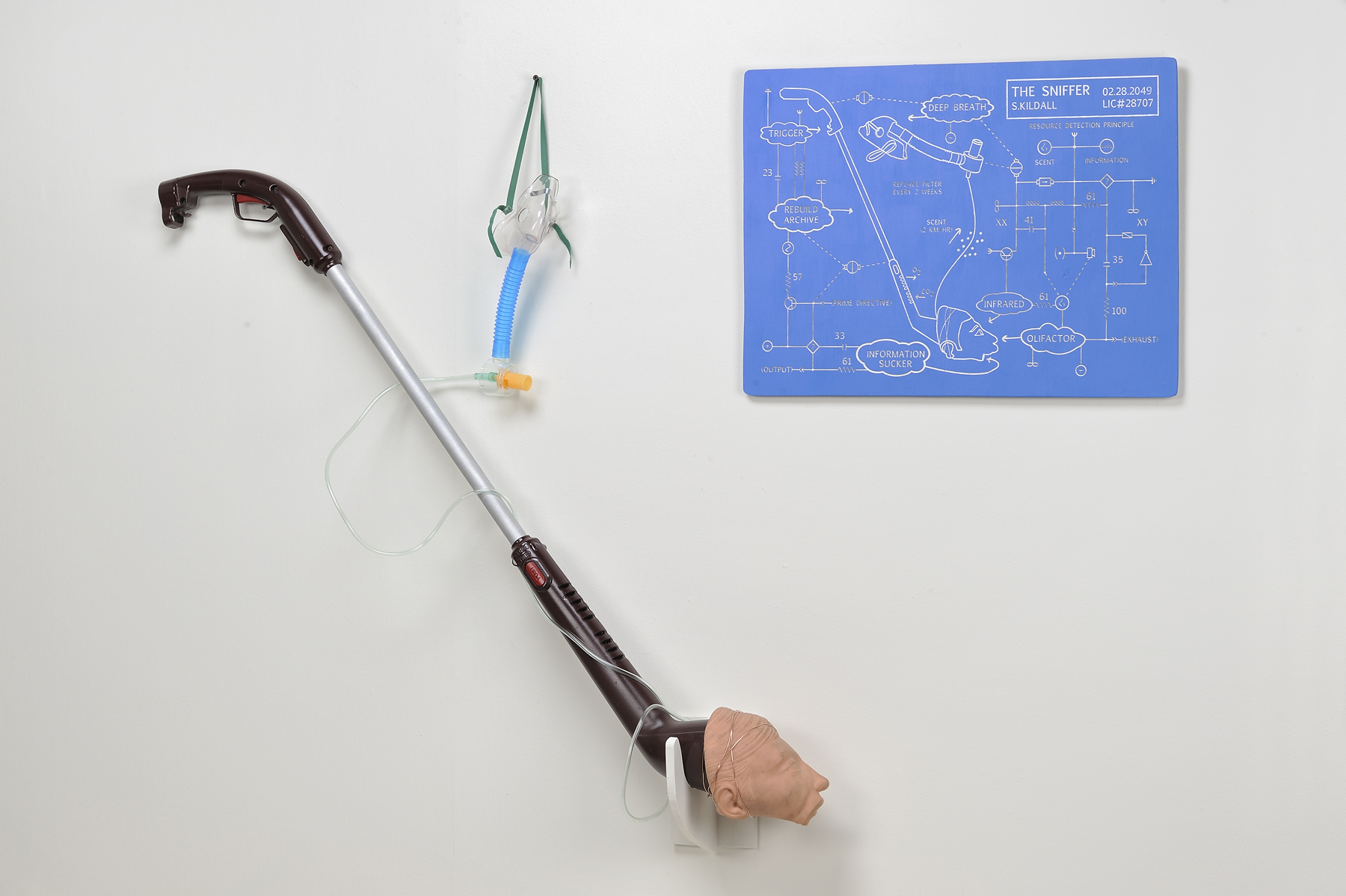 The blueprints survived, as well as a rebuilt versions of the Universal Mailbox and the 2049 Hotline, which I will continue to exhibit. The 2049 project and my 4 months at the dump was a lesson in attachment to material things, which flow from hands to hands and eventually to landfill and hopefully, sometimes, to art.