This Thursday at 6pm at Root Division, I will be part of evening of conversation and performance.

The short talk I’ll be giving will be called Death and Language.

In 1972, my father, Gary Kildall, wrote the first high-level computer language for Intel’s microprocessors. This language, called PL/M was instrumental in the development of the personal computer and is now extinct. At around the same time, the last fluent speaker of the Tillamook language also died, thus extinguishing this natural language. What survives of the Tilamook language are audio recordings taken from 1965-1972. With digital preservation techniques as the backdrop, I will entertain questions regarding death of both natural and machine languages. 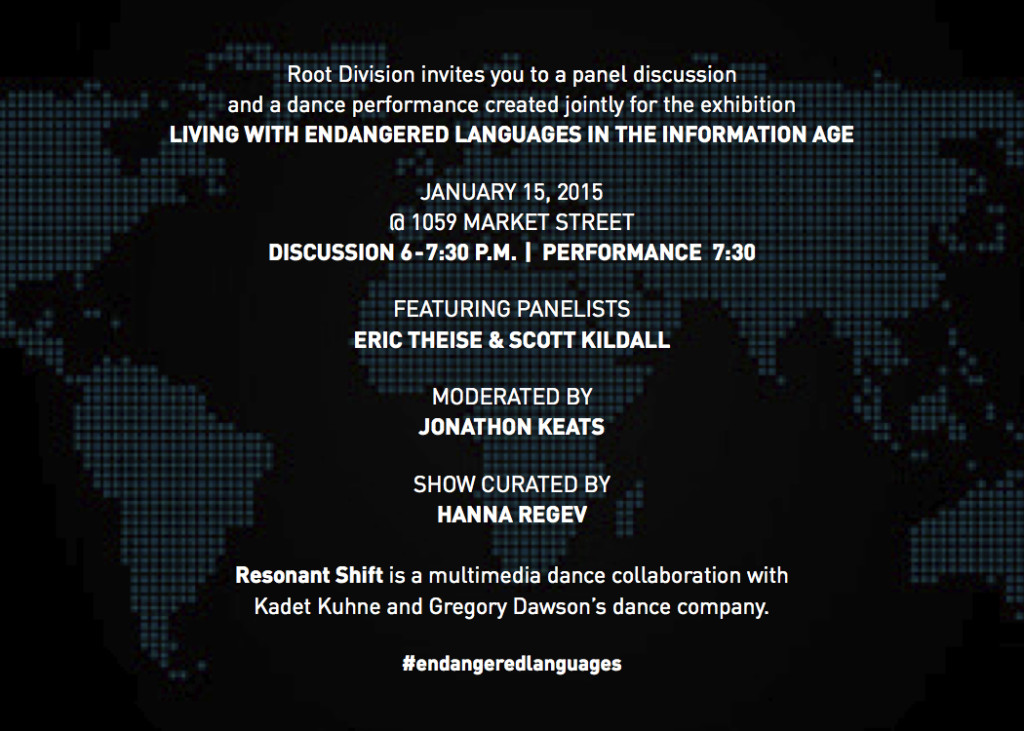