I first met Nathaniel Tkacz, in India and then later in Amsterdam for a series of the Wikipedia CPOV (Critical Point of View) conferences. At these two events, my colleague, Nathaniel Stern and I were presenting a talk, which later became a paper on our Wikipedia Art project.

Congratulations to Nathaniel Tkacz. He has just released his book, Wikipedia and the Politics of Openness, which is covered in this Times Higher Education article by Karen Shook. 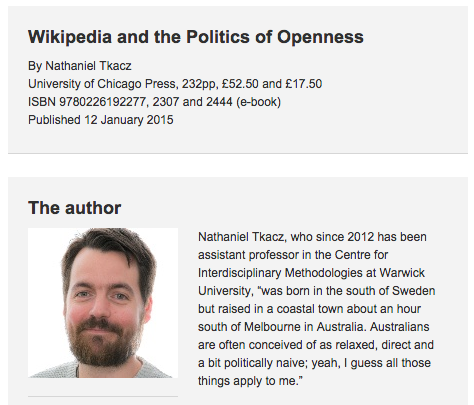