It’s been a busy couple of weeks working on the EquityBot project, which will be ready for the upcoming Impakt Festival. Well, at least some functional prototype in my ongoing research project will be online for public consumption.

EquityBot now tweets images of data-visualizations on its own and is autonomous. I’m constantly surprised and a bit nervous by its Tweets. 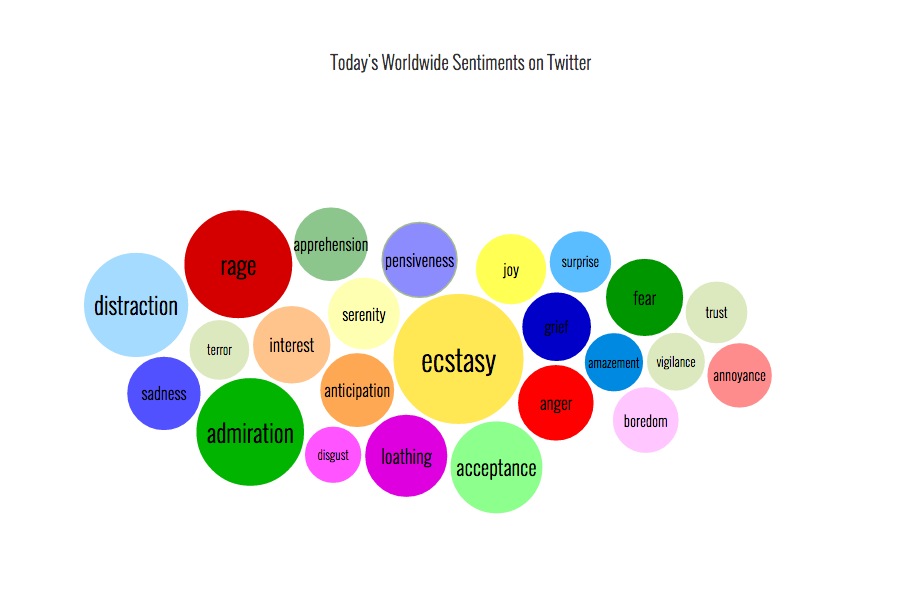 At the end of last week, I put together a basic data visualization using D3, which is a powerful Javascript data-visualization tool.

Using code from Jim Vallandingham, In just one evening, I created dynamically-generated bubble maps of Twitter sentiments as they arrive EquityBot’s own sentiment analysis engine.

I mapped the colors directly from the Plutchik wheel of emotions, which is why they are still a little wonky like the fact that the emotion of Grief is unreadable. Will be fixed.

I did some screen captures and put them my Facebook and Twitter feed. I soon discovered that people were far more interested in images of the data visualizations than just text describing the emotions.

I was faced with a geeky problem: how to get my Twitterbot to generate images of the data visualizations using D3, a front-end Javascript client? I figured it out eventually, after stepping into a few rabbit holes. 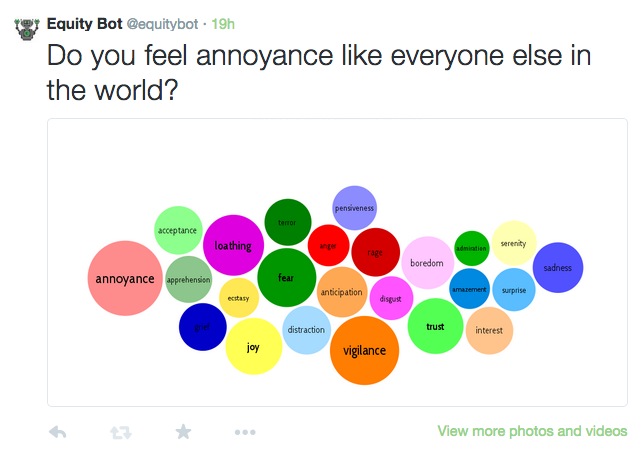 I ended up using PhantomJS, the Selenium web driver and my own Python management code to solve the problem. There biggest hurdle was getting Google webfonts to render properly. Trust me, you don’t want to know the details.

But I’m happy with the results. EquityBot will now move to other Tweetable data-visualizations such as its own simulated bank account, stock-correlations and sentiments-stock pairings.

Hacked By ReckLess Soft Machines and Deception
Scroll to top