This week I traveled to Berlin for Polycon. No…it’s not a convention on polyamory, but a porject developed by my longtime friend, Michael Ang (aka Mang). Polygon Construction Kit (aka Polycon) is a software toolkit for converting 3D polygon models into physical objects. 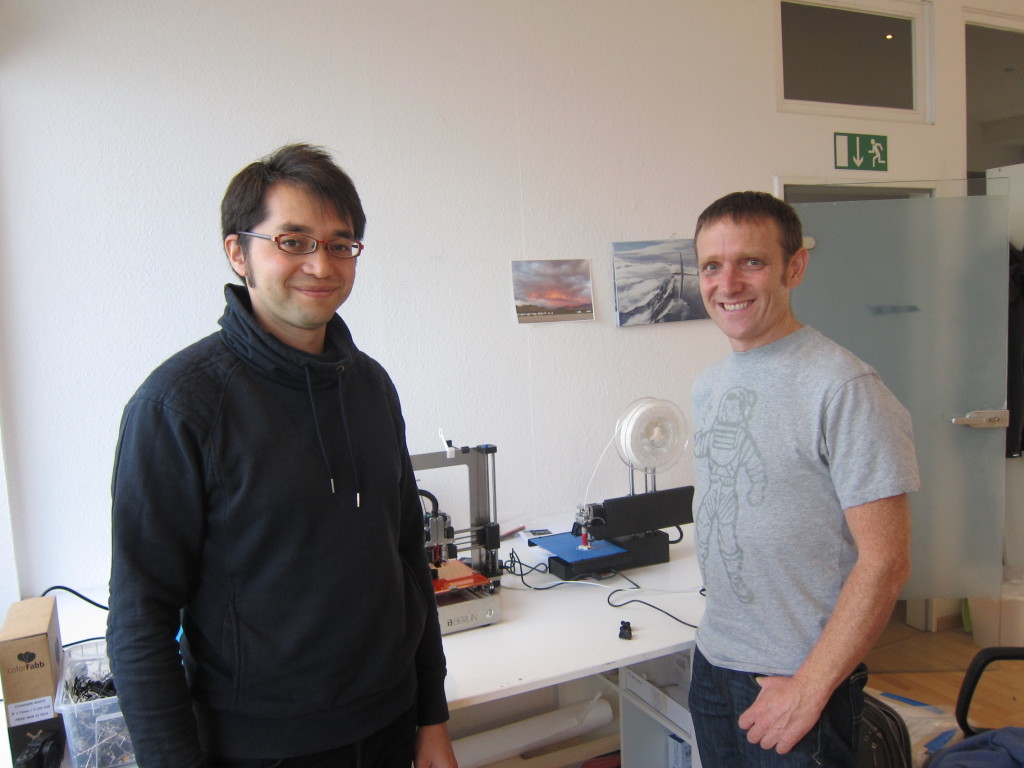 I wanted an excuse to visit Berlin, to hang out with Mang and to open up some possibilities for physical data-visualization behind EquityBot, which I’m working at for the artist-in-residency at Impakt Works and their upcoming festival.

I brought my recently-purchased Printrbot Simple Metal, which I had disassembled into this travel box. 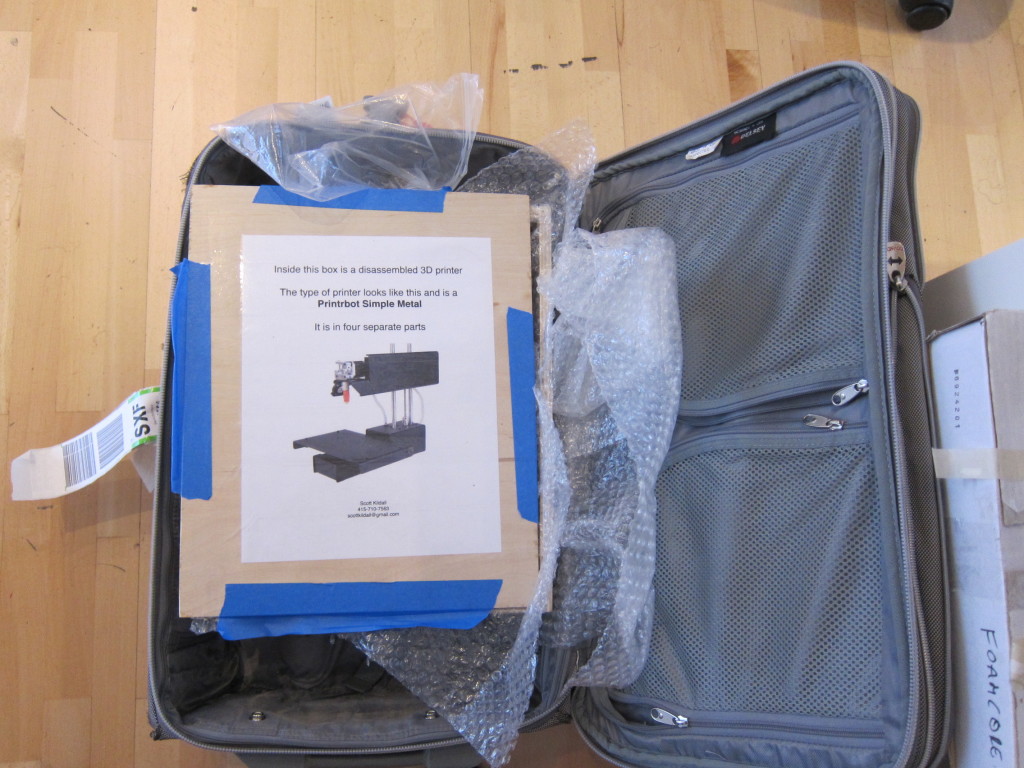 After less than 30 minutes, I had it reassembled and working. Victory! Here it is, printing one of the polygon connectors. 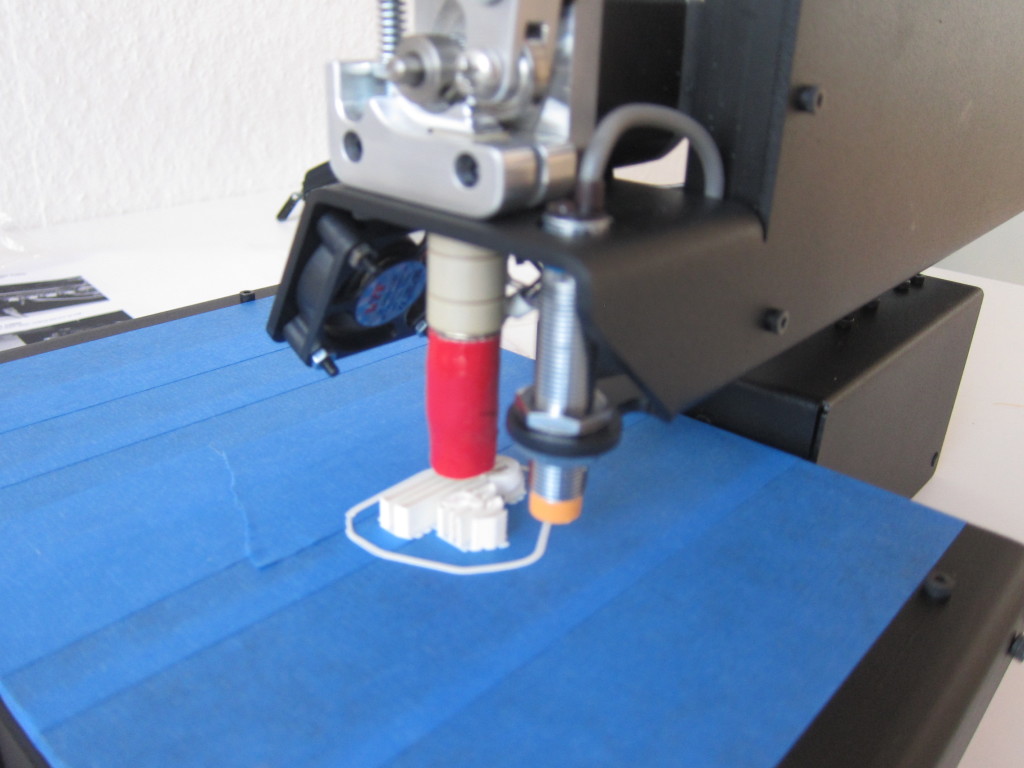 How does Polycon work? Mang shared with me the details. You start with a simply 3D model from some sort of program. He uses SketchUp for creating physical models of his large-scale sculptures. I prefer OpenFrameworks, which is powerful and will let me easily manipulate shapes from data streams.

Here’s the simple screenshot in OpenFrameworks of two polyhedrons. I just wrote this the other day, so there’s no UI for it yet. 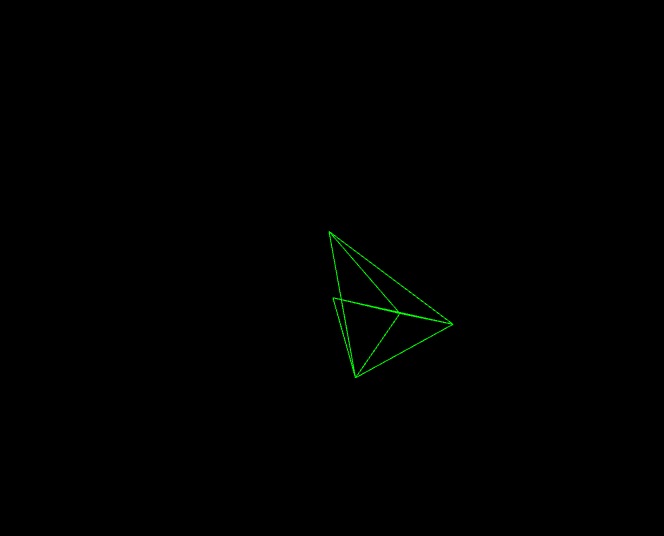 And here is how it looks in MeshLab. It’s water-tight, meaning that it can be 3D-printed. 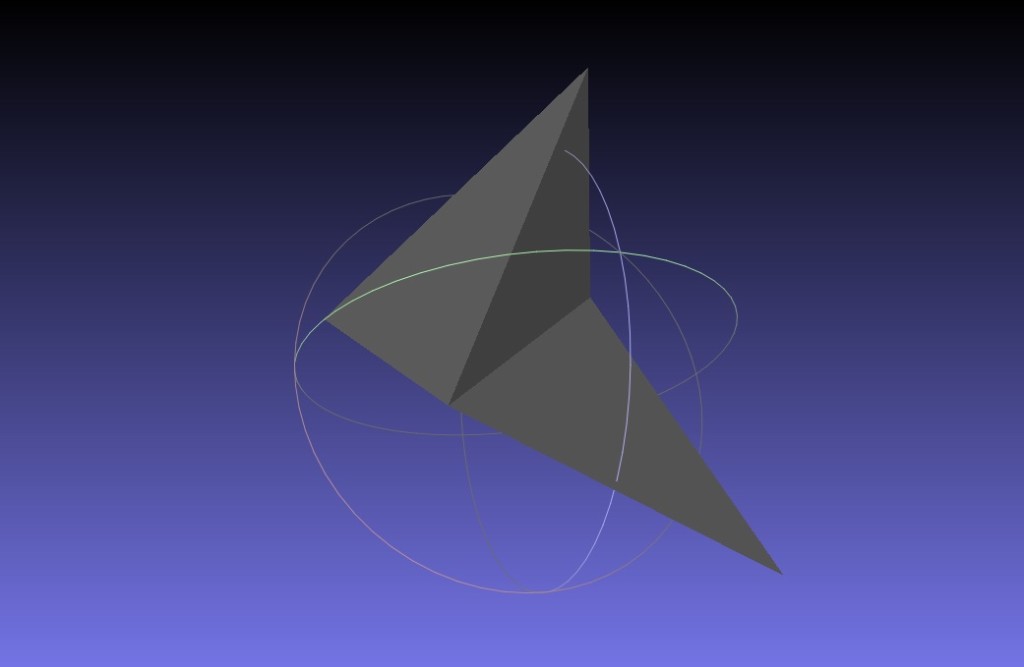 My goal is to do larger-scale data visualizations than some of my previous works such as Data Crystals and Water Works. I imagine room-sized installations. I’ve had this idea for many months of using the 3D printer to create joinery from datasets and to skin the faces using various techniques, TBD.

How it works: Polycon loads a 3D model and using Python scripts in FreeCAD will generate 3D joints that along with wooden dowels can be assembled into polygonal structures. 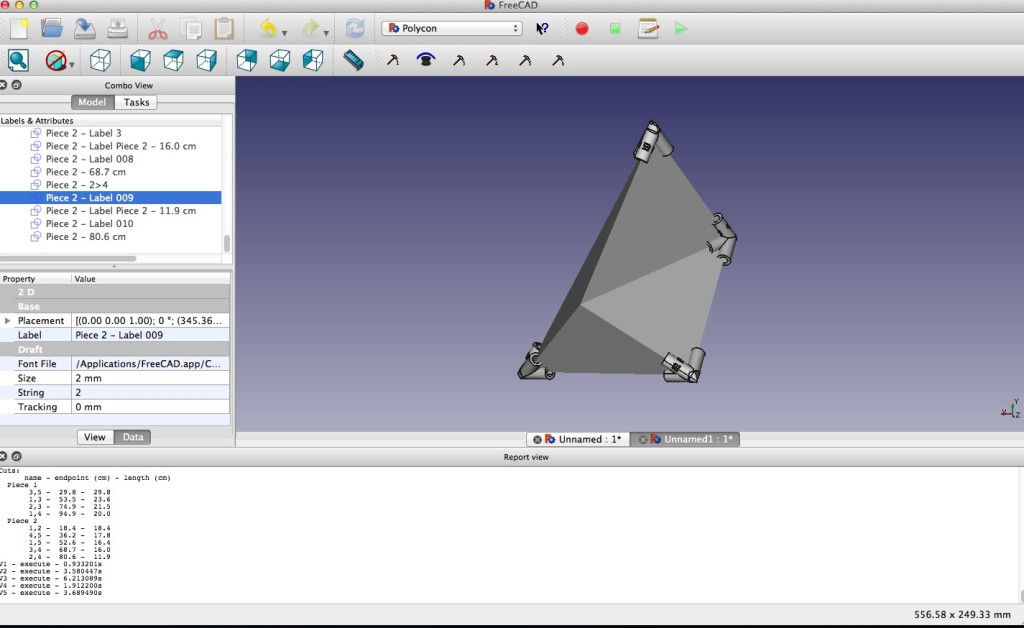 The Printrbot makes adequate joinery, but it’s nowhere near as pretty as the Vero prints on the Object 500 at Autodesk. It doesn’t matter that much because my digital joinery will be hidden in the final structures. 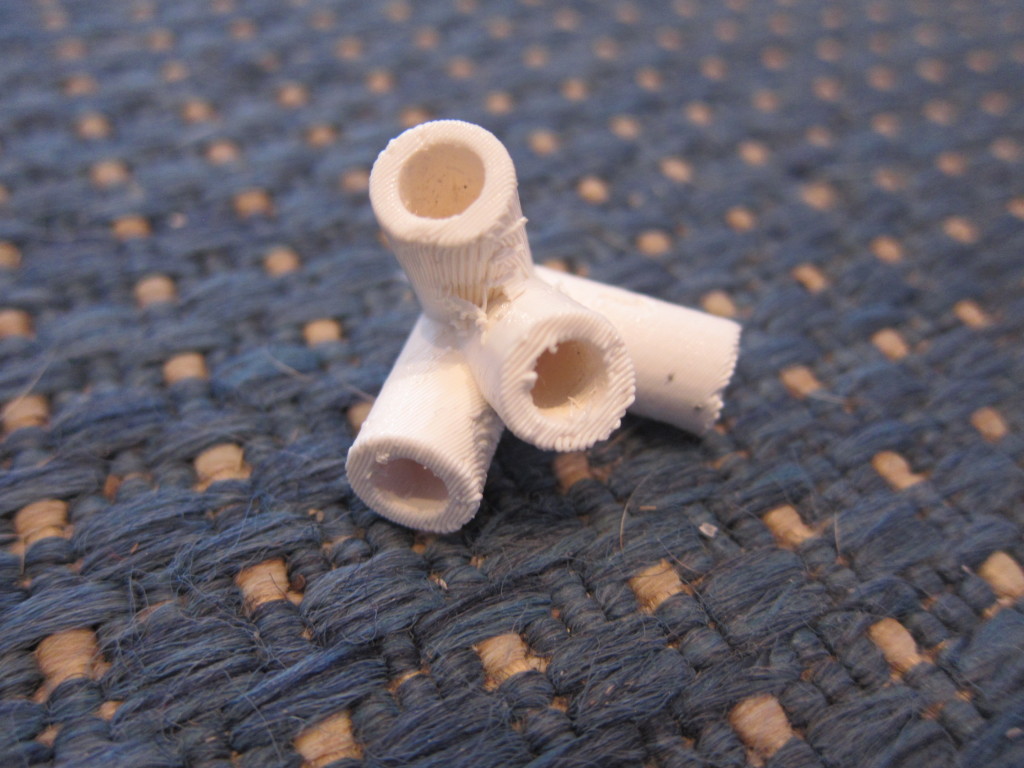 Mang guided be through the construction of my first Polycon structure. There’s a lot of cleanup work involved such as drilling out the holes in each of the joints. 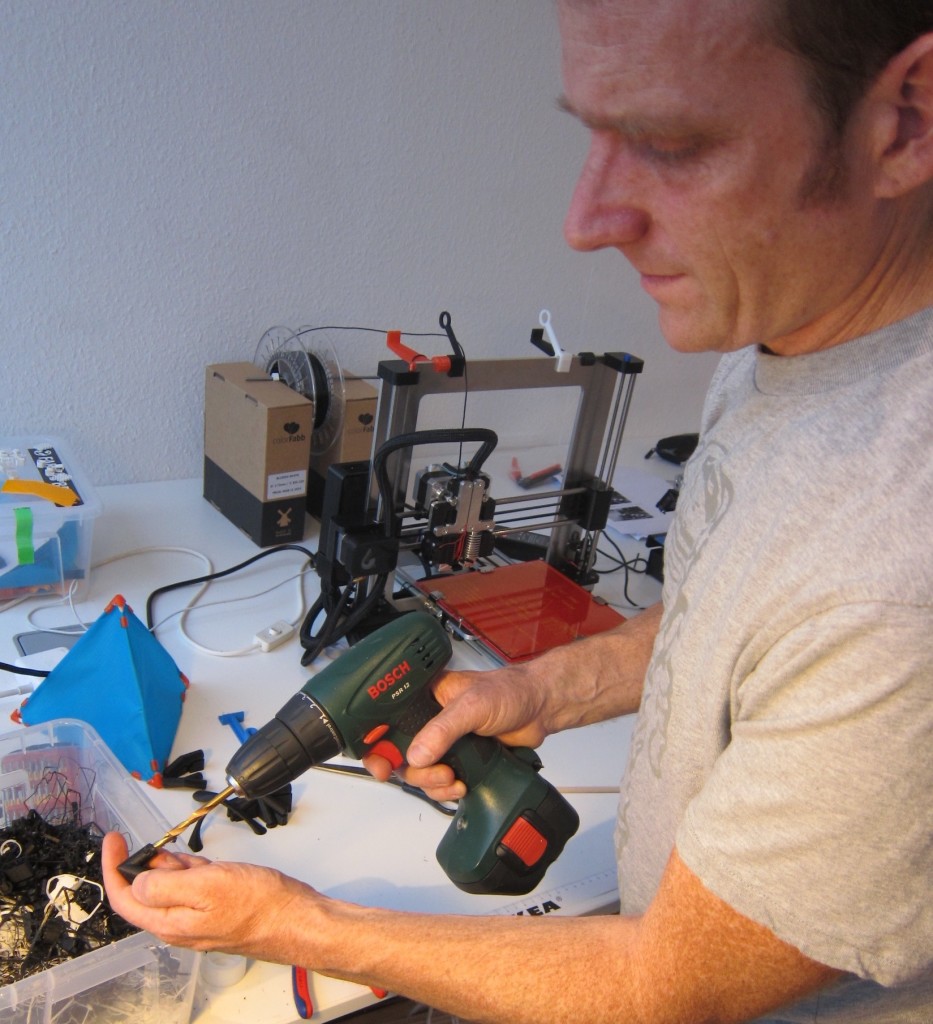 It took awhile to assemble the basic form. There are vertex-numbering improvements that we’ll both make to the software. Together, Mang and I brainstormed ideas as to how to make the assembly go more quickly. 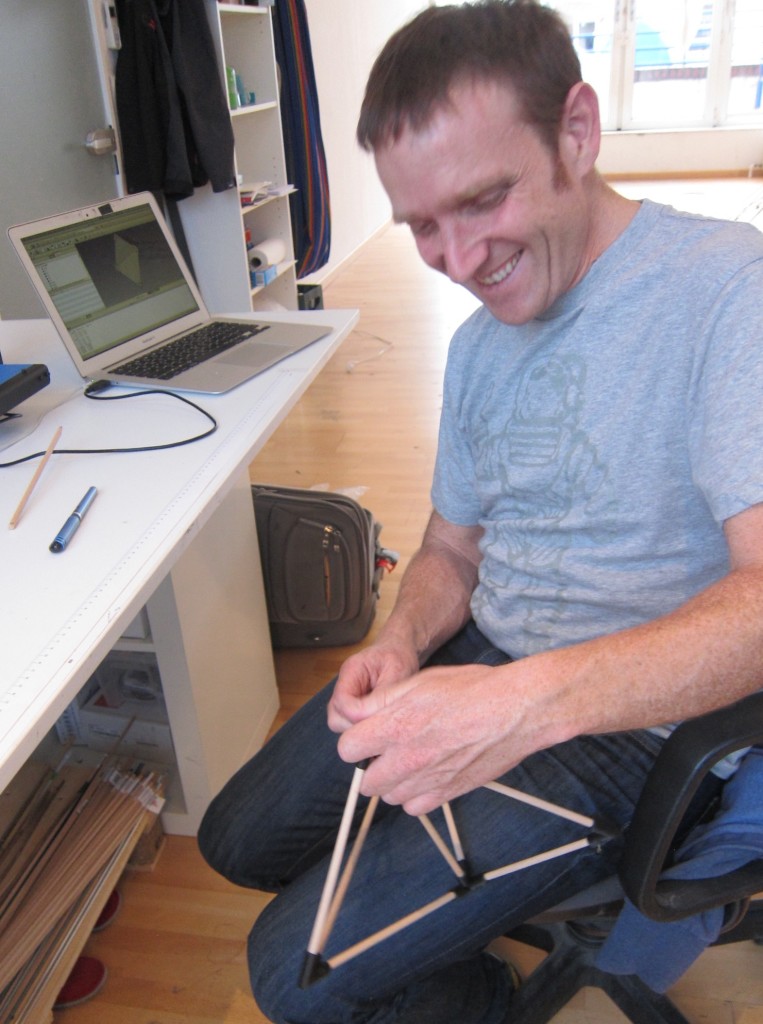 After about 15 minutes, I got my first polygon assembled. 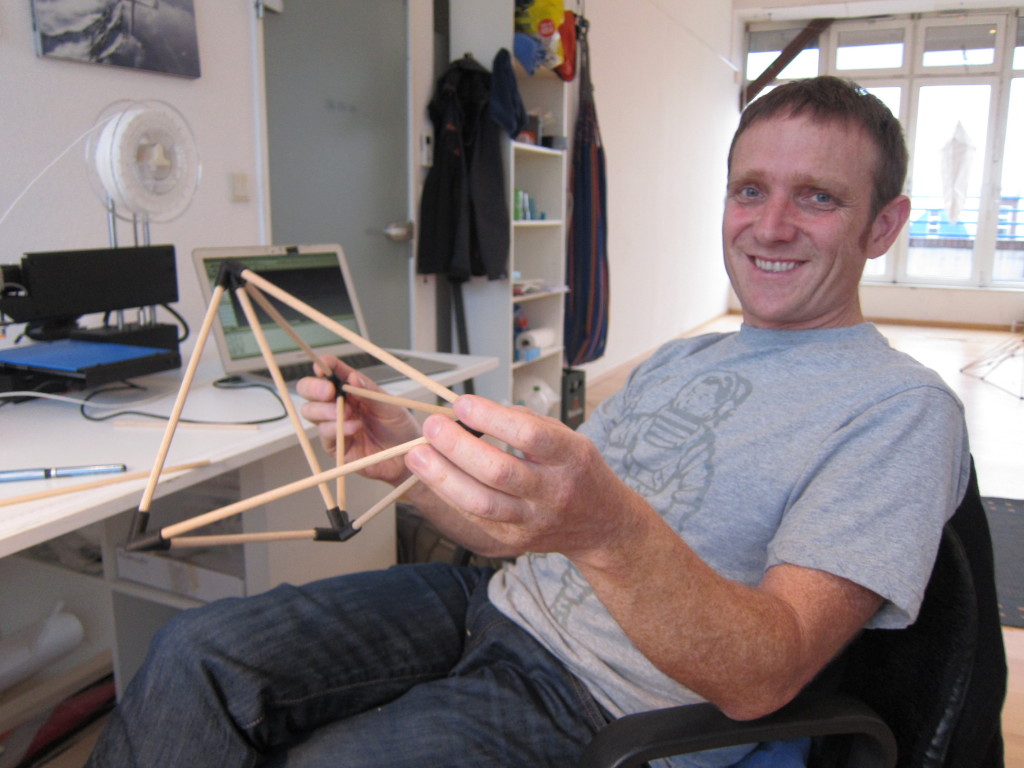 It looks a lot like…the 3D model. I plan to be working on these forms in the next several months and so felt great after a successful first day. 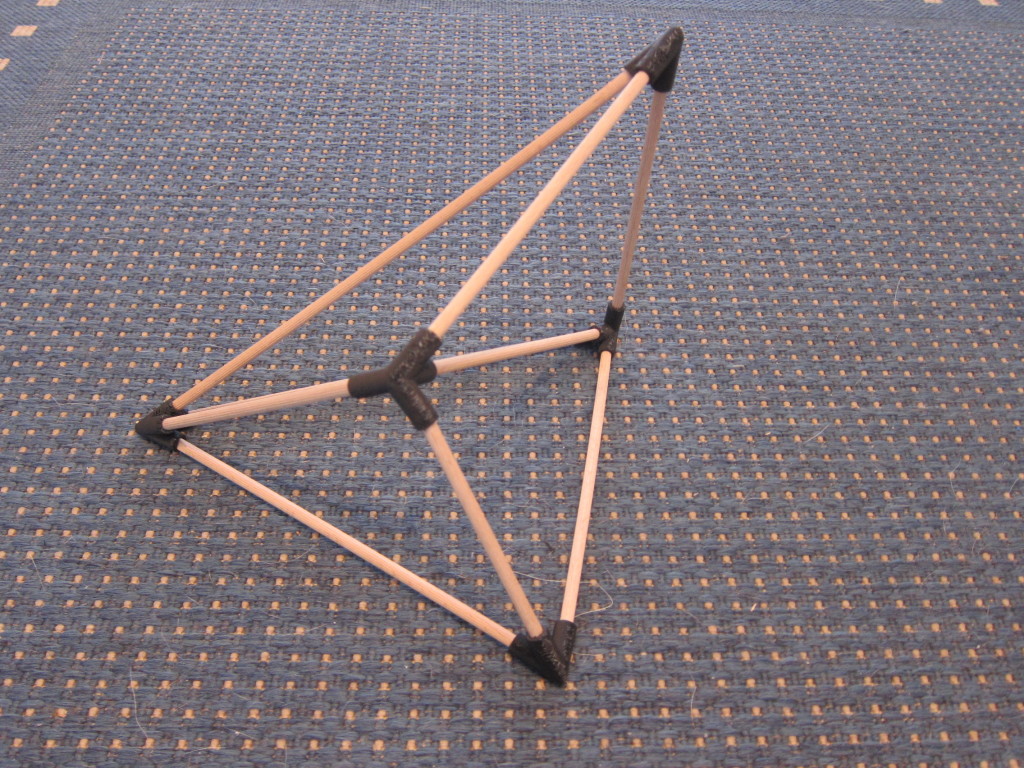 And here is a really nice image of one of Mang’s pieces — these are sculptures of mountains that he created. The backstory is that he made these from memories while flying high in a glider and they represent mountains. I like where he’s going with his artwork: making models based on nature, with ideas of recording these spaces and playing them back in various urban spaces. You can check out Michael Ang’s work here on his website. 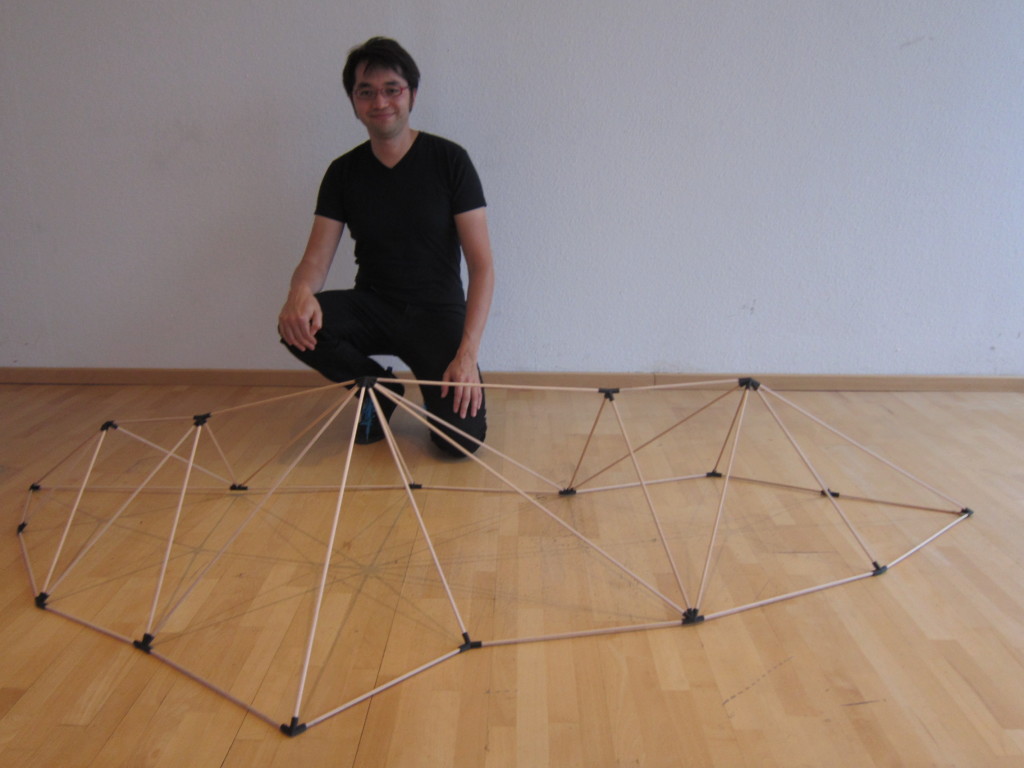