The last week has been a flurry of coding, as I’m quickly creating a crude but customized data-3D modeling application for Water Works — an art project for my Creative Code Fellowship with Stamen Design, Gray Area and Autodesk.

This project build on my Data Crystals sculptures, which transform various public datasets algorithmically into 3D-printable art objects. For this artwork, I used Processing with the Modelbuilder libraries to generate STL files. It was a fairly easy coding solution, but I ran into performance issues along tje wau.

But Processing tends to choke up at managing 30,000 simple 3D cubes. My clustering algorithms took hours to run. Because it isn’t compiled into machine code and is instead interpreted, it has layers of inefficiency.

I bit the coding bullet and this week migrated my code to OpenFrameworks (an open source C++ environment). I’ve used OF before, but never with 3D work. There are still lots of gaps in the libraries, specifically the STL exporting, but I’ve had some initial success, woo-hoo!

Here are all the manholes, the technical term being “sewer nodes”, mapped into 3D space using GIS lat/lon and elevation coordinates. The clear indicator that this is San Francisco, and not Wisconsin, which this mapping vaguely resembles is the swath of empty space that is Golden Gate Park.

What hooked me was that “a-ha” moment where 3D points rendered properly on my screen. I was on a plane flight home from Seattle and involuntarily emitted an audible yelp. Check out the 3D mapping. There’s a density of nodes along the Twin Peaks, and I accentuated the z-values to make San Francisco look even more hilly and to understand the location of the sewer chambers even better.

Sewer nodes are just the start. I don’t have the connecting pipes in there just yet, not to mention the cisterns and other goodies of the SF water infrastructure. 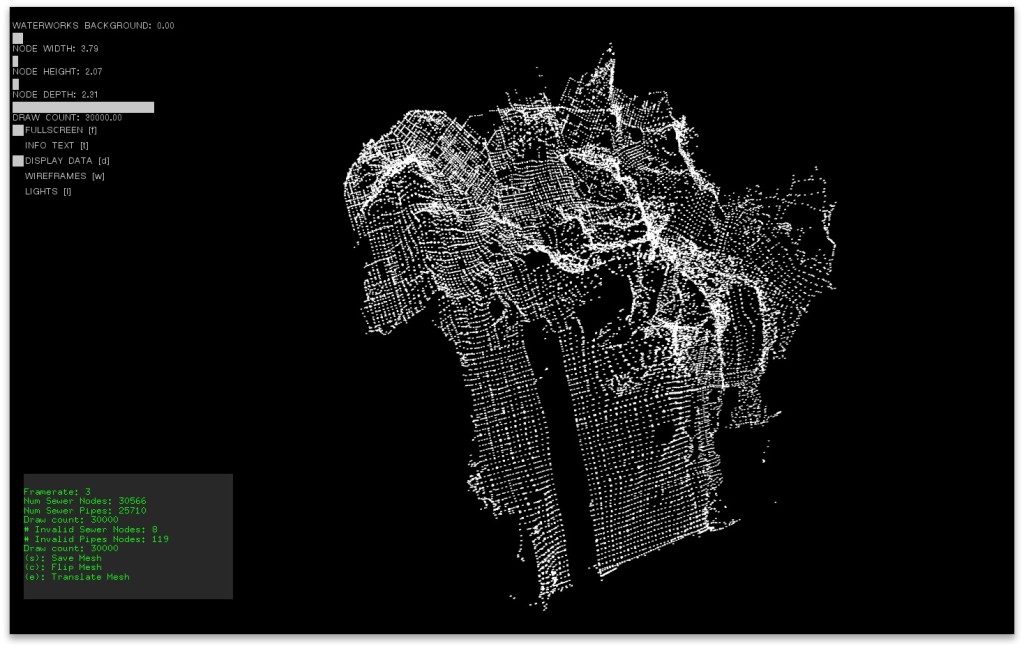 Of course, I want to 3D print this. By increasing the node size — the cubic dimensions of each manhole location, I was able to generate a cohesive and 3D-printable structure. This is the Meshlab export with my custom-modified STL export code. I never thought I’d get this deep into 3D coding, but now, I know all sorts of details, like triangular winding and the right-hand rule for STL export. 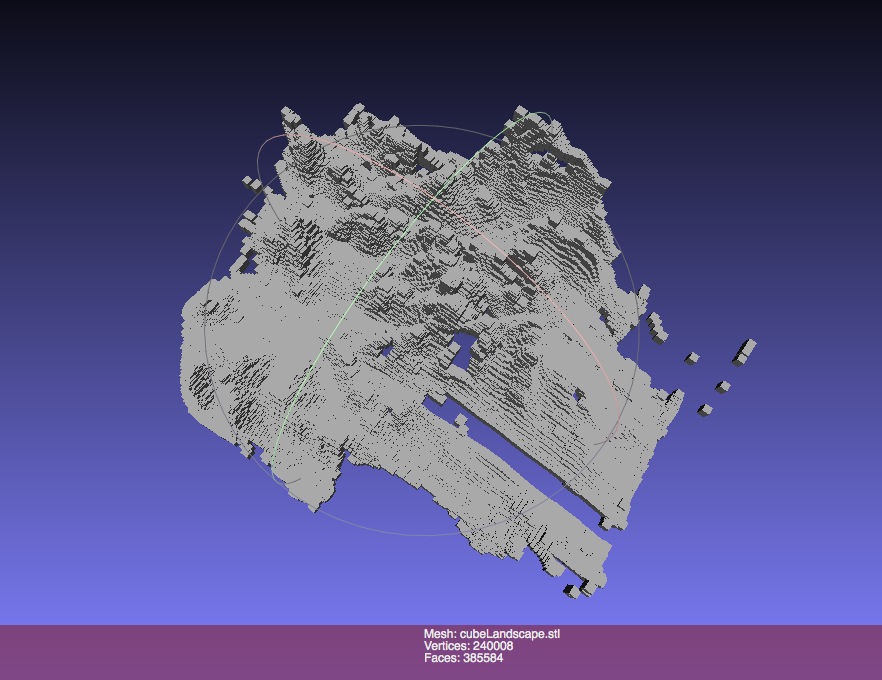 And here is the 3D print of the San Francisco terrain, like the Data Crystals, with many intersecting cubes. 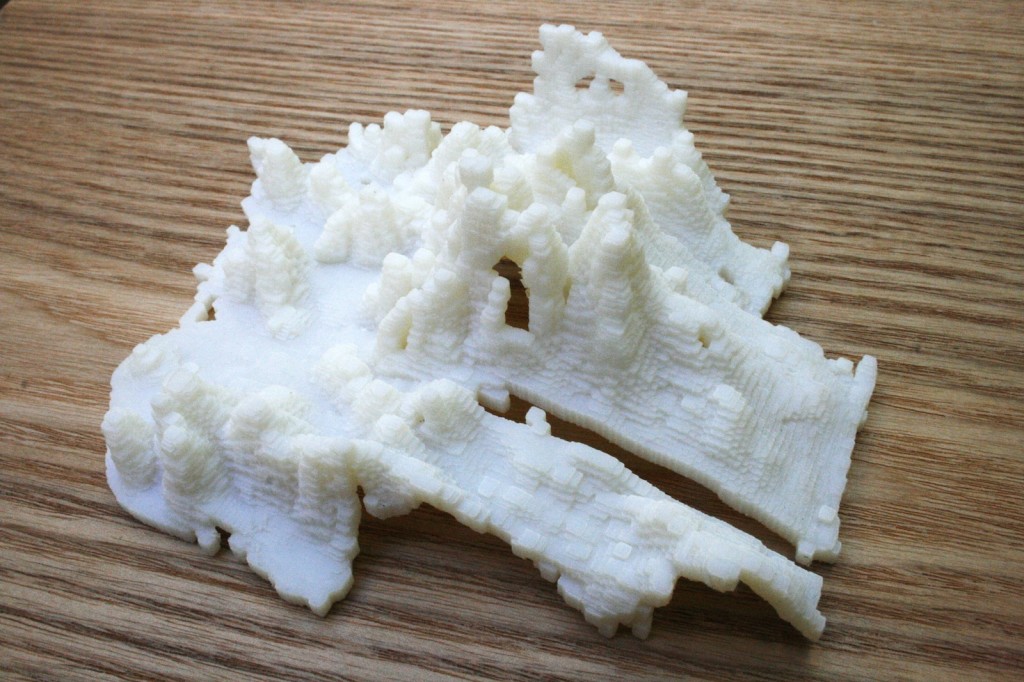 It doesn’t have the aesthetic crispness of the Data Crystals project, but this is just a test print — very much a work-in-progress. 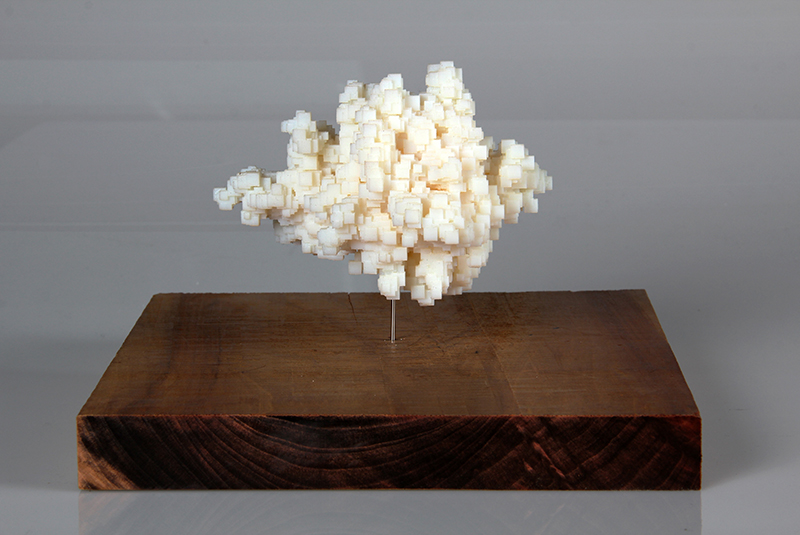