I just finished three more Data Crystals, produced during my residency at Autodesk. This set of three are data visualizations of world datasets.

This first one captures all the population of cities in the world. After some internet sleuthing, I found a comprehensive .csv file of all of the cities by lat/long and their population and I worked on mapping the 30,000 or so data points into 3D space.

I rewrote my Data Crystal Generation program to translate the lat/long values into a sphere of world data points. I had to rotate the cubes to make them appear tangential to the globe. This forced me to re-learn high school trig functions, argh! 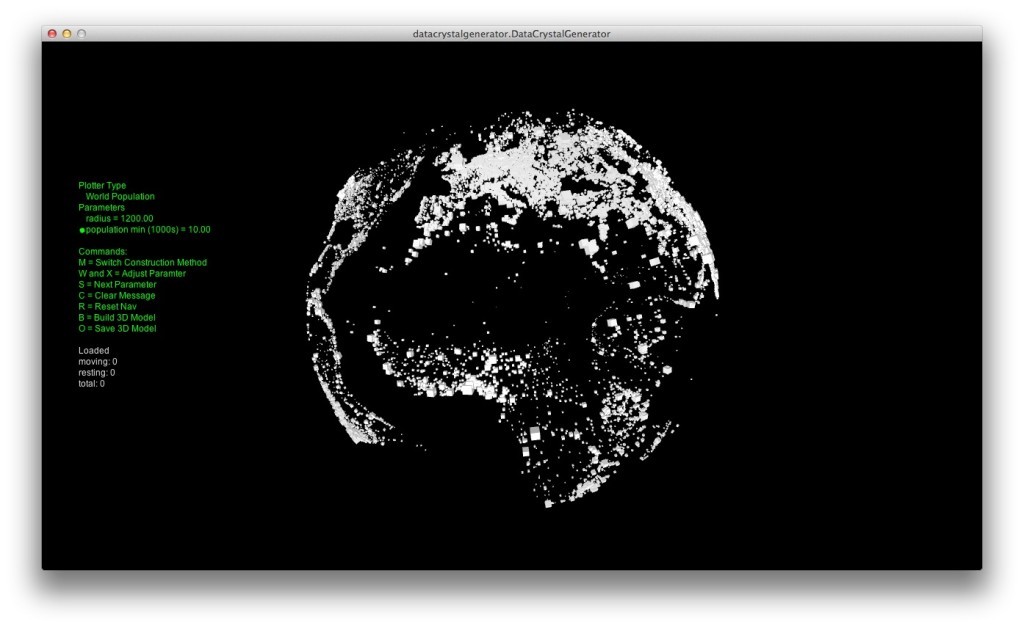 What I like about the way this looks is that the negative space invites the viewer into the 3D mapping. The Sahara Desert is empty, just like the Atlantic Ocean. Italy has no negative space. There are no national boundaries or geographical features, just cubes and cities.

I sized each city by area, so that the bigger cities are represented as larger cubes. Here is the largest city in the world, Tokyo 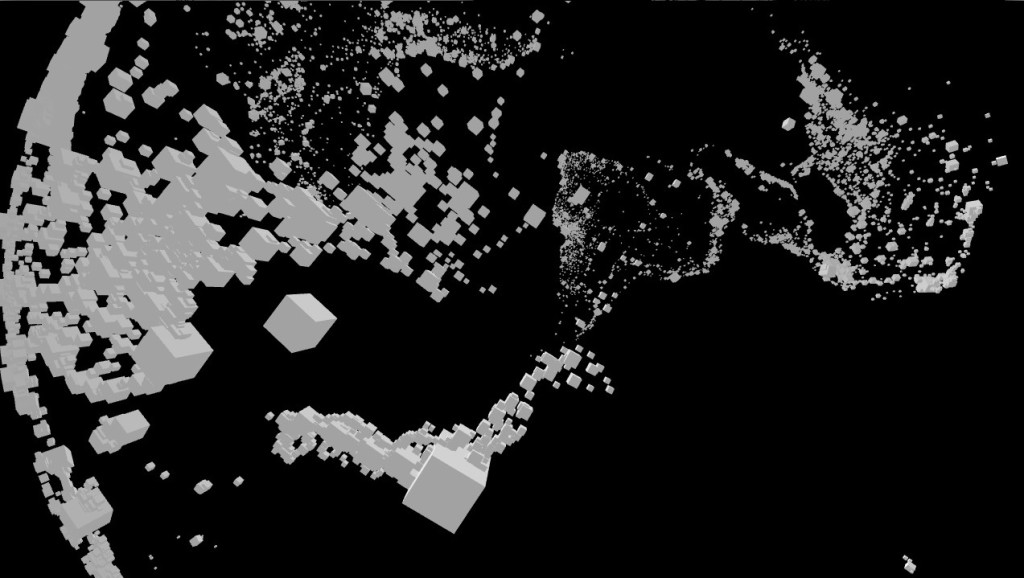 This is the clustering algorithm in action. Running it realtime in Processing takes several hours. This is what the video would look like if I were using C++ instead of Java.

I’m happy with the clustered Data Crystal. The hole in the middle of it is result of the gap in data created by the Pacific Ocean. 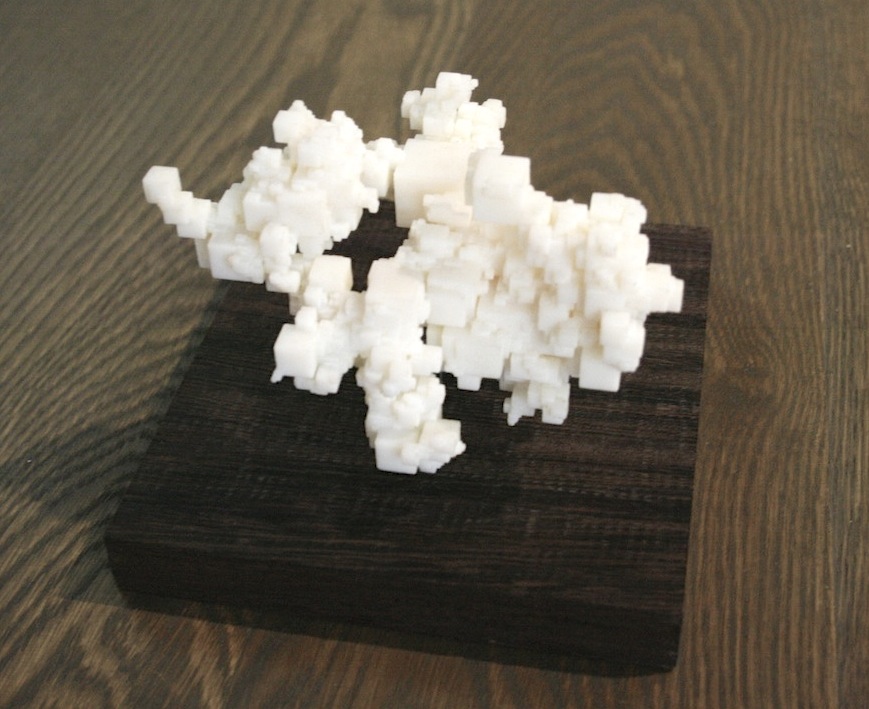 The next Data Crystal maps of all of the world airports. I learned that the United States has about 20,000 airports. Most of these are small, unpaved runways. I still don’t know why.

Here is a closeup of the US, askew with Florida in the upper-left corner. 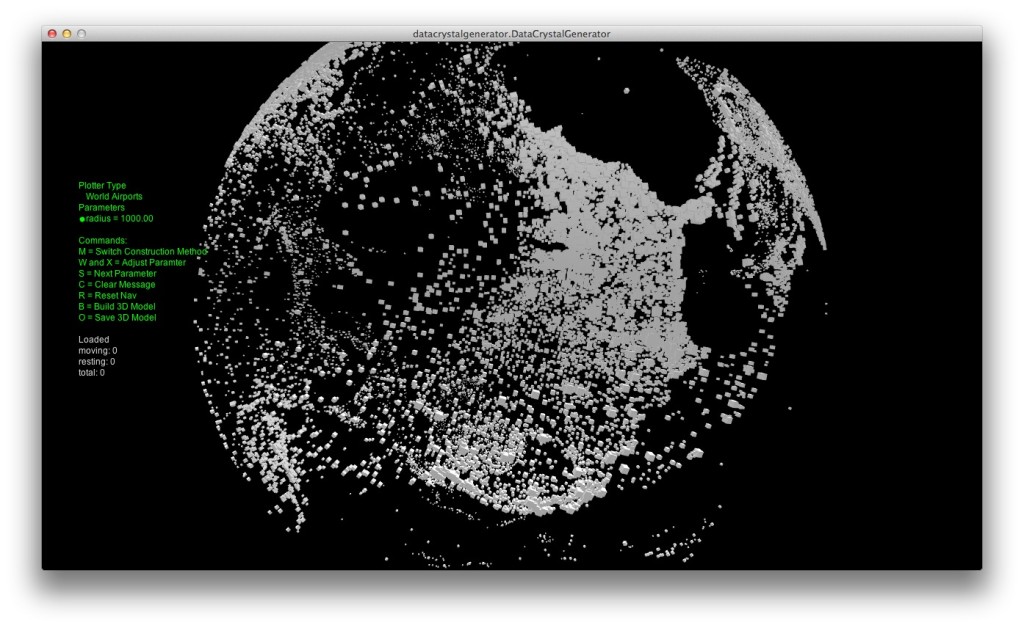 I performed similar clustering functions and ended up with this Data Crystal, which vaguely resembles an airplane. 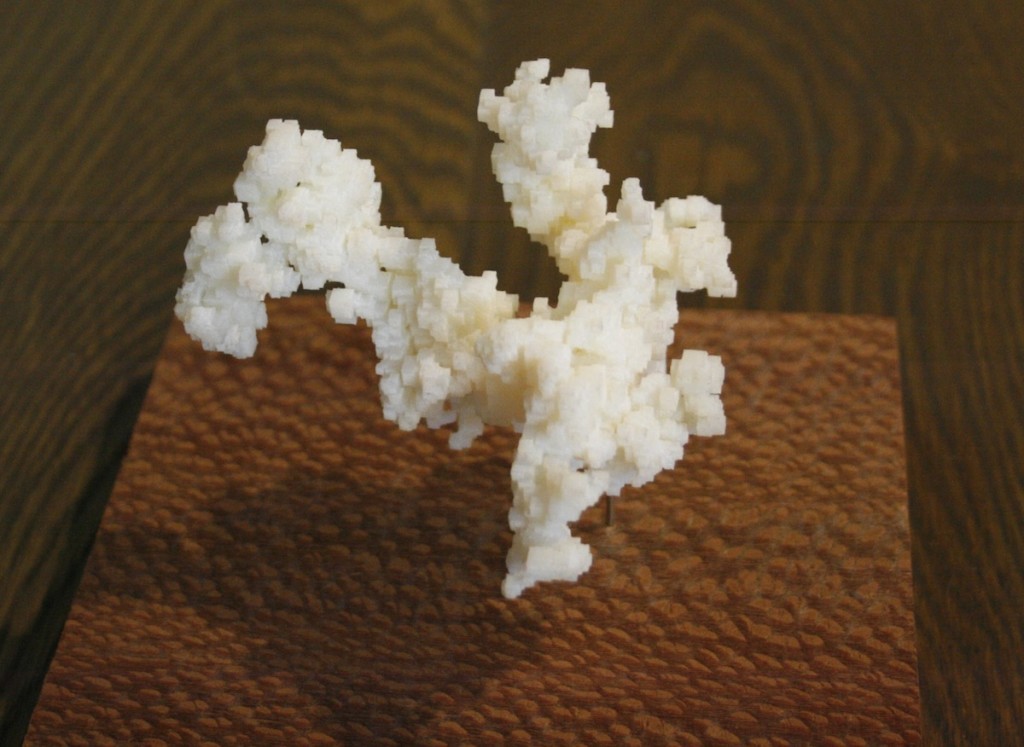 The last dataset, which is not pictured because my camera ran out of batteries and my charger was at home represents all of the nuclear detonations in the world.

I’ll have better pictures of these crystals in the next week or so. Stay tuned.