I caught the last day of the Dissident Futures show at YBCA this Sunday. One of my favorite works was the mixed media works by Shane Hope, whose work I became familiar with while living in New York in 2008-9.

His approach to future-thinking influenced my own 2049 project, which unambiguously embraces the future by traveling into it rather than positing or technophilic or phobic scenarios.

His mixed-media works take advantage of materiality of 3D printing with Makerbot schmutz all over the work. The future is messy, cheap and abundant. 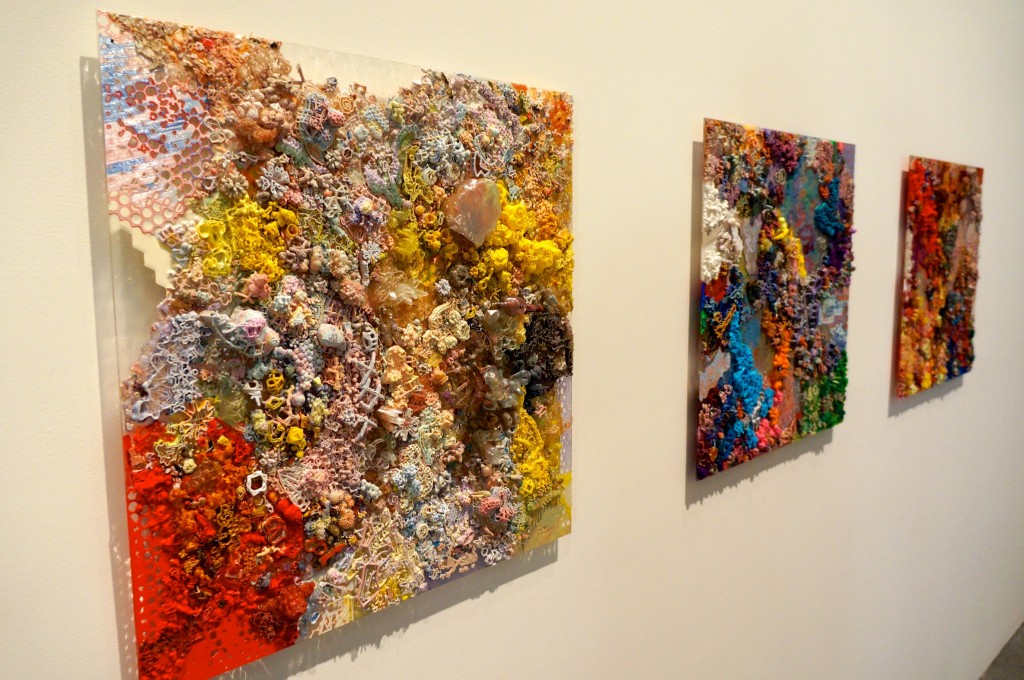 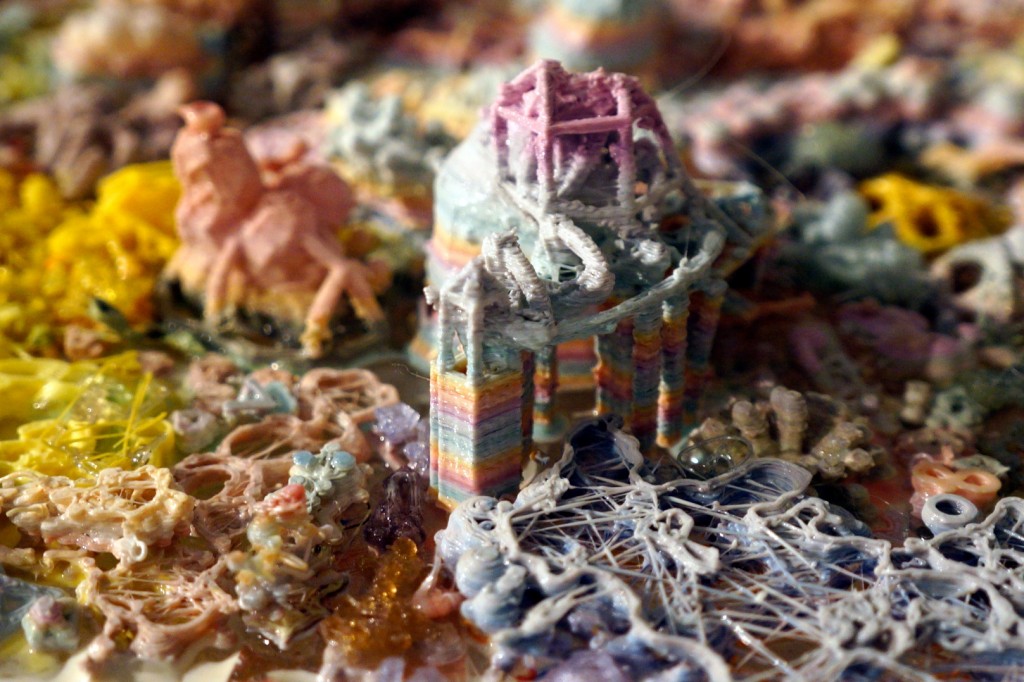 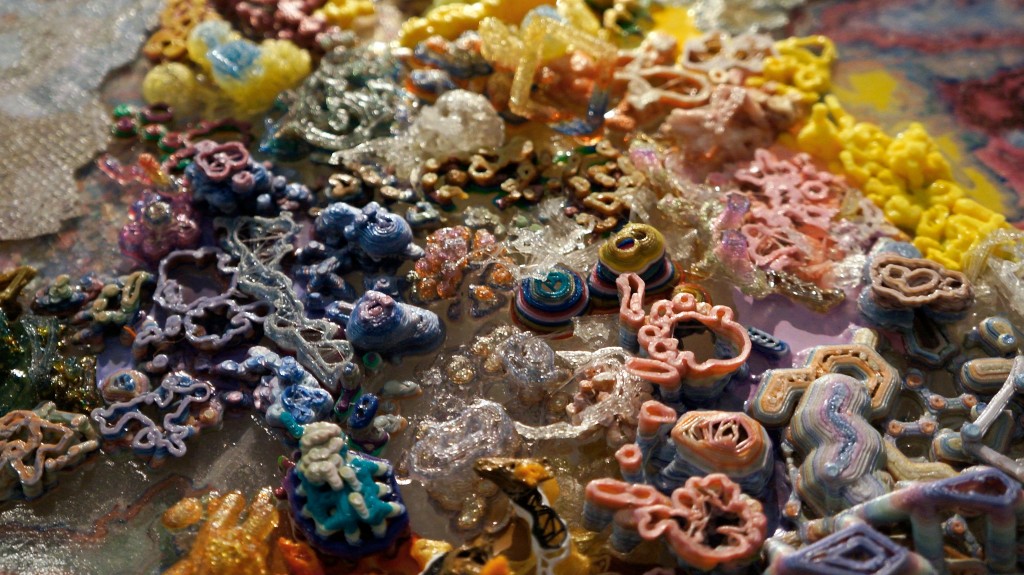