Lately I’ve been obsessed with Twitterbots and just a few days ago, I wrote my first one: @marktwainbot — a simple quotebot, which sends a tweet every day at the exact hour and minute of Mark Twain’s death. The quotebot isn’t super-exciting, but I wanted something that was easy to make and was a proof of concept for future Twitterbots. 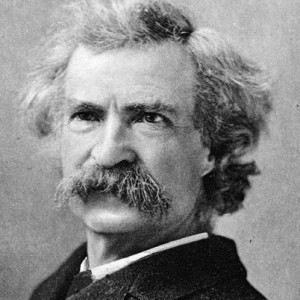 I used a Raspberry Pi to make this happen and wrote the code in Python, using Twython. For the gathering quotes, I tried the the crowdsourced-labor site: TaskRabbit, which made me feel like I was exploiting a 20-something woman in New York, until it became clear she was doing this during her own work time and so was being double-paid. Full steps for the project will soon be available as an Instructable.

My friend Ben Valentine recently e-troduced me to An Xiao Mina, artist, research and journalist, who is collaborating with folks on Bot Cache, a compendium of Twitterbots, currently in alpha development.

Here’s a short video of her talking about Twitterbots — compelling stuff!

Where is the Art? Introducing @suntzubot
Scroll to top