Last week, I began a 4-month residency at Recology San Francisco (a.k.a. The Dump) where I make art solely from the refuse that people drop off in their cars and trucks. I am treating this residency as a performance.

I am playing the role of a prospector from the future who mines the garbage heaps of a past civilization to build technologies to survive. Trawling through construction debris, discarded electronics and the scraps of people’s lives, I am making blueprints and building imaginary devices such as a food synthesizer and an infinite battery. 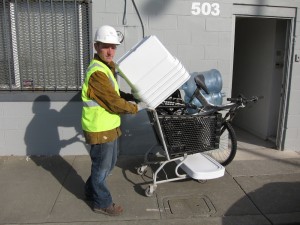 I derived inspiration by props from films such as E.T. and The Science of Sleep. These contraptions obviously don’t work, yet they activate a child-like imagination, where we can build whatever we want from materials at hand. In this consumer culture where the desire forÂ designed objects runs rampant, this project serves as critique and antidote. 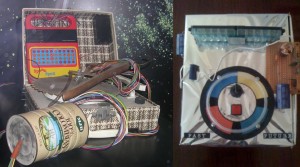 From the standpoint of new media artwork, I have been grappling with how to work with technology in artworks — I use technology precisely because our economy and values are so steeply driven by it. I have long ago moved away from interactive artwork for a number of reasons.

I want to celebrate the imaginary. This project lets me play the role of artist-as-mystic instead of as-technologist. I am free to create narratives in which I simultaneously critique our ecological disaster course but also to suggest possible futures. And, more than anything, have fun. Without this, we have zero hope, which is something we need at this time. 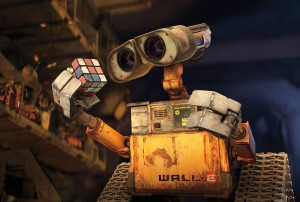