In preparation for my upcoming residency at Recology San Francisco (a.k.a. The Dump), I have been consuming books and films about garbage management. Elizabeth Royte’s Garbage Land: On the Secret Trail of Trash is a perfect entry point for those that want to venture beyond compost culture and delve into the real story behind where human waste goes after exiting the home. 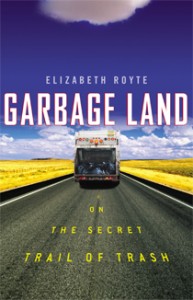 The background narrative, which softens the tone into personal exploration rather than polemic, is that Royte wants to find out what happens to her household waste. She meets workers and managers at landfills, recycling centers, and biosolids facilities. We learn about the garbage routes in New York City, massive car shredders and the politics of poop.

The chapter on eWaste â€” electronic waste such as computers and cell phones â€” most impacted me, as I live in the heart of laptopia in San Francisco. We already know the sad story of the export of obsolete devices to China and India, where impoverished residents strip out the copper bits by hand, exposing themselves to carcinogens and other toxins. What has stuck with me is the distance we have between our devices, akin to how food is produced and what arrives on our plate. 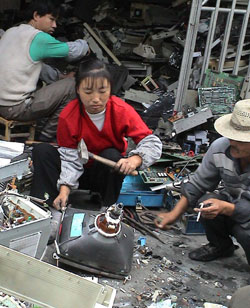 The manufacturing industry perpetuates this gap between consumption and destruction. While new laptops, iPhones and iPads satisfy our design sense and device fetish, lobbyists closes down “gray markets” to make refurbishing such devices illegal. eWaste doesn’t get mentioned by Apple, Dell or Verizon. The environmental impact of these devices are not built into the capitalist model.

Royte quietly tunes us into the argument that recycling can be viewed as a panacea. Because many recycle their household waste (which only accounts for 15% of everything that goes to landfill), they feel like they are doing something, but the most effective change can be seen in laws regulating industry. From a personal consumption standpoint, instead of buying green products, less shopping is a far more effective tactic. Yet, the buy-less message has been relegated to the political sidelines such as Buy Nothing Day. Instead buying something labelled green makes us feel good because shopping makes us feel good.

Royte teeters between a sometimes self-indulgent personal narrative, fascinating investigative reporting and pointing out the different sides of the political debate while also providing a history of how we have treated garbage. She also tells of how the bottling industry funded the infamous 1970s anti-pollution where the American Indian sheds a tear while looking at piles of litter. The purpose was to trick consumers into shouldering the burden of recycling rather than entertain legislation for refillable bottles, which would be far more efficient than melting them down. 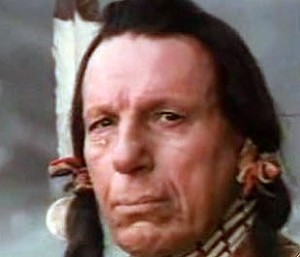 In a decade where we have become our own garbageman, this well-written book is still relevant 5 years after being published, which is a long shelf-life for a non-fiction book. Read it.

Elizabeth Royte continues her musings on waste and other topics on her very active blog.